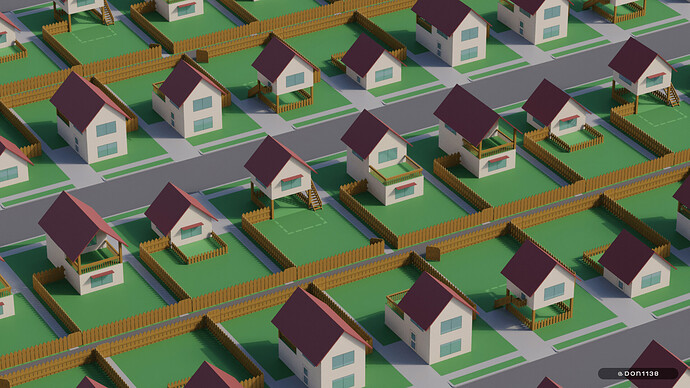 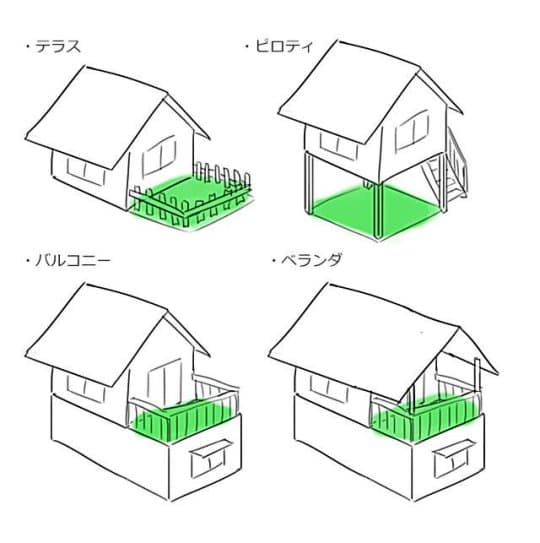 So how could I help but to model the houses? 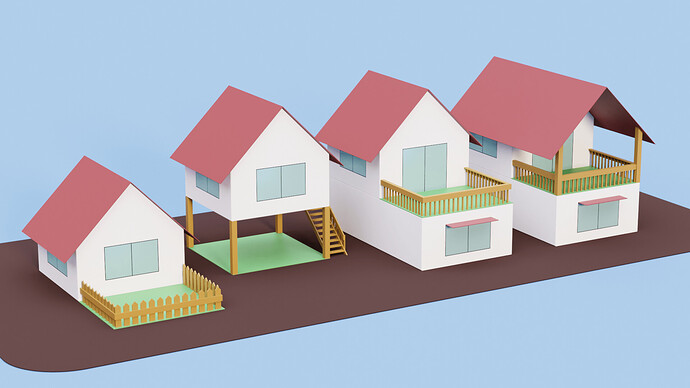 It sat there for a year, but showing it to a friend motivated me to start a neighborhood for them.

I planned to use Arrays or Animation Nodes to fill it all out, but as the file fell further and further behind in my queue, I forgot about it. 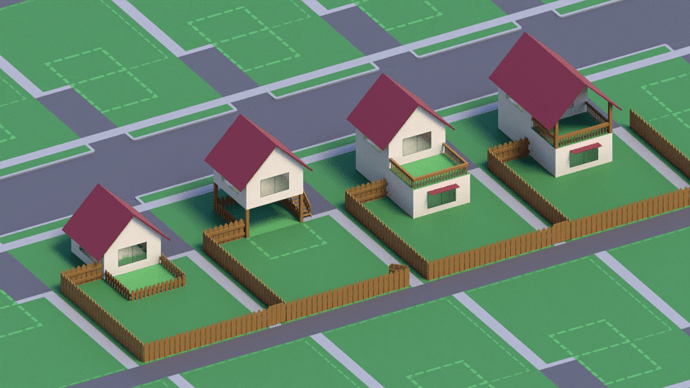 Another year went by, and I ran across it again this weekend.

I thought how easy it would be to fill out the hood using Geometry Nodes, so I did.

I also realized these houses suffer from the famous Edward Hopper Nighthawks problem — no doors! — so I added some.

And here it is.

I had been using an orthographic camera, but the perspective one is nicer, I think.

I have a camera spin-around keyframed, so when I have the spare CPUs to render it out, I’ll post it.

Really simple use of GN for this. I made a new object consisting of a single vertex centered inside the boundaries of a single lot.

I used Array modifiers to grid out the X and Y positions of the front-facing houses, and added a new GN modifier after that. ( I could have done this with a Grid Mesh in GN, but used Arrays out of habit. Oh, well… )

I added the houses as a collection object and used Instance on Points to realize them. For the rear-facing houses, another Instance on Points, rotated and translated with Transform. Then both into Join Geometry.

I’m using a Nishita Sky World and a Sun Light to light it, both controlled by the Sun Position add-on.

The extra Sun is to add some warmer light to the scene. You can see the shadows doubling because the Nishita sun is set to 0.545° and the Sun light angle is maybe 16° or 30°. IDK what effect I’m going after with that, so I may just bring them both to the same number

I wanted this to have a 3D infographic vibe, so I like the flat shading. Not quite Toon shading, but maybe I’ll play with that.

The windows are kind of a pain. Aren’t they always? I wound up setting the color to light blue, and adding a little Metallic and a lot of Transmission.

The street asphalt may need to be darker.

Excellent scene, and thank you very much for the “mini-HOWTO.”

When I lived in Phoenix, Arizona, I drove through endless miles of cracker-box communities that looked exactly like this!

When viewed from the air, they looked like printed circuit boards.

In the much-older community where I lived at the time, there were also only a few house designs, but everyone over many years had decorated and remodeled them (and the front yards) differently.