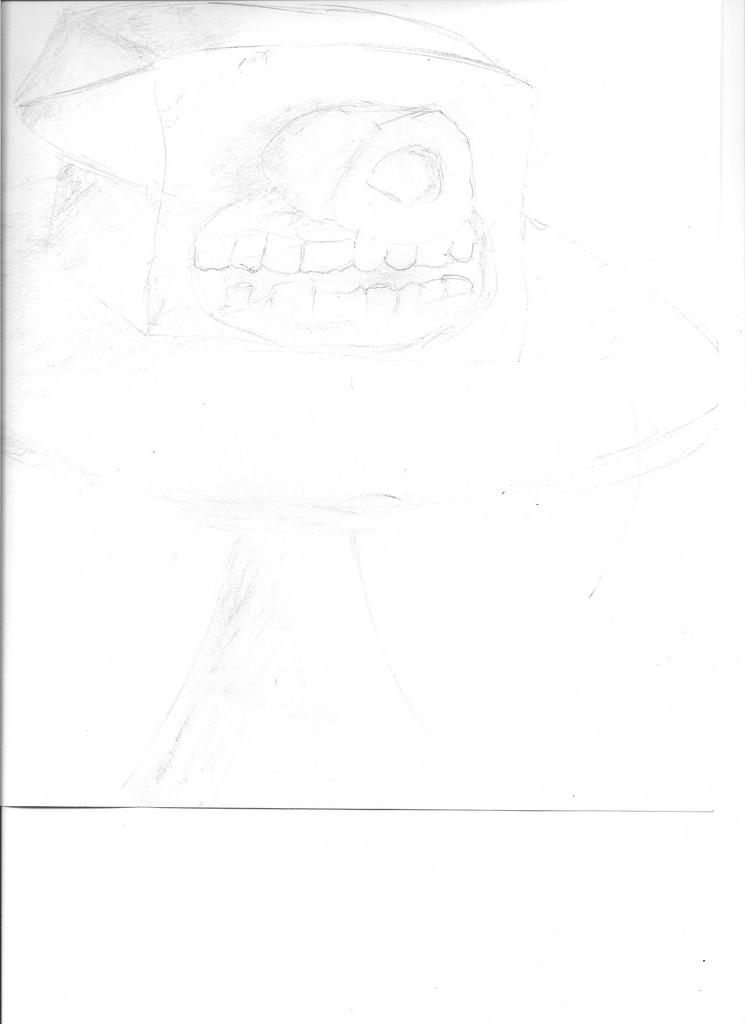 dot 4.jpg745×1024 21.8 KB
Hello, hopefully this will prove that my other work was mine besides “lighthouse” i am very sorry about stealing that i just wanted to seam really good and once again i am sorry. this is a robot that i drew a year ago so i am going to model him and then put him in a scene.

Sorry for the trouble Ben. 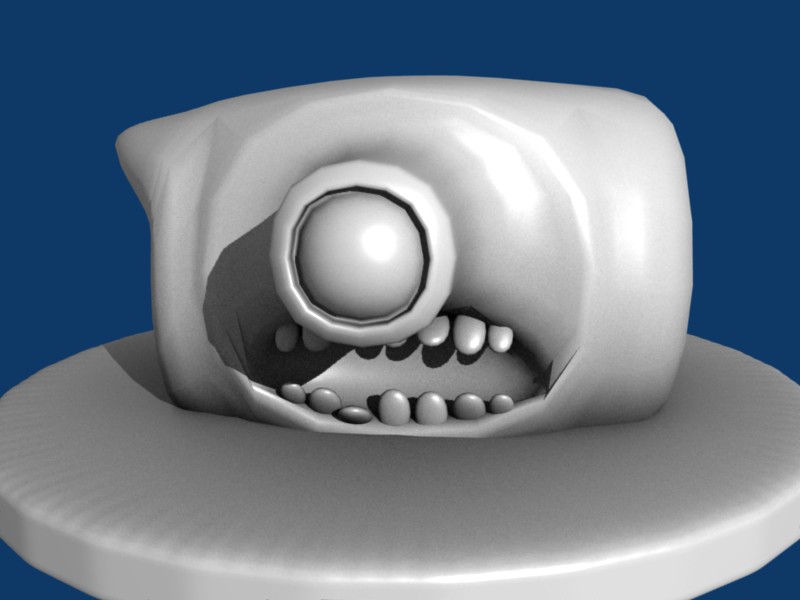 hes the full body i need a lot of tweaks though 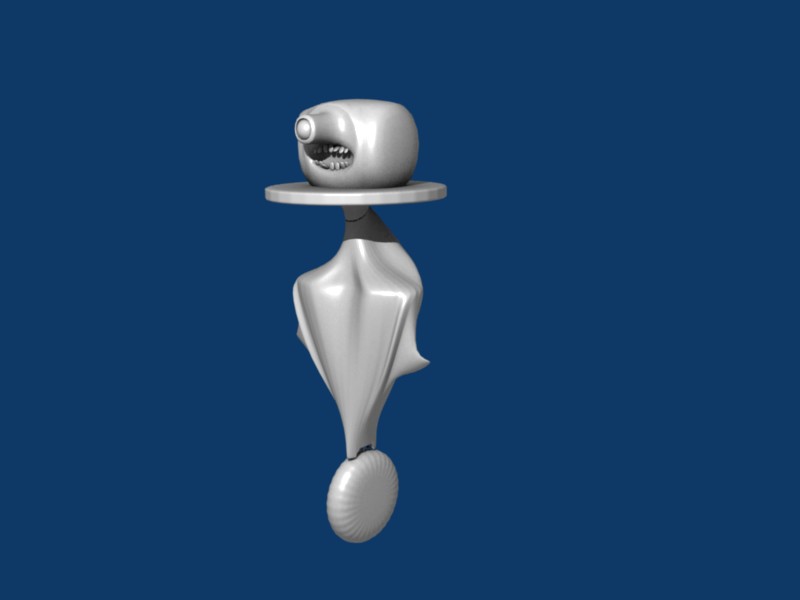 Its quite difficult to see anything on your drawing…

oh ok i will re scan it 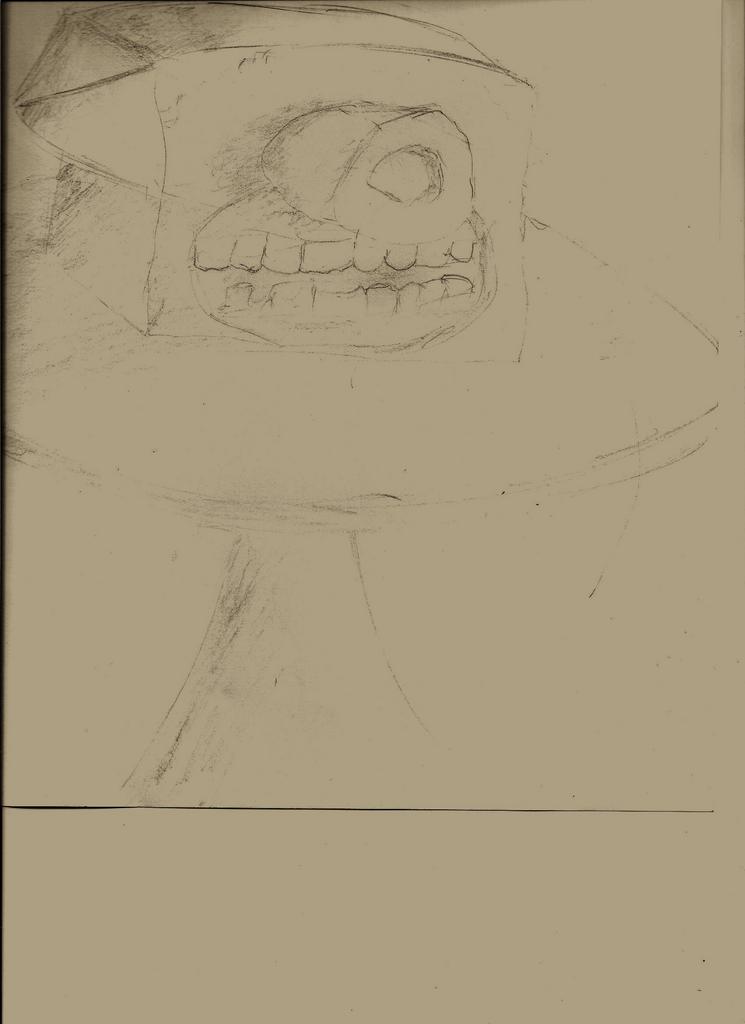 well as said before it will take a while for people to trust you again, its not something that will happen overnight but if you persevere through it people will come to. good luck with the model.

heres an update. this is not even close to done. 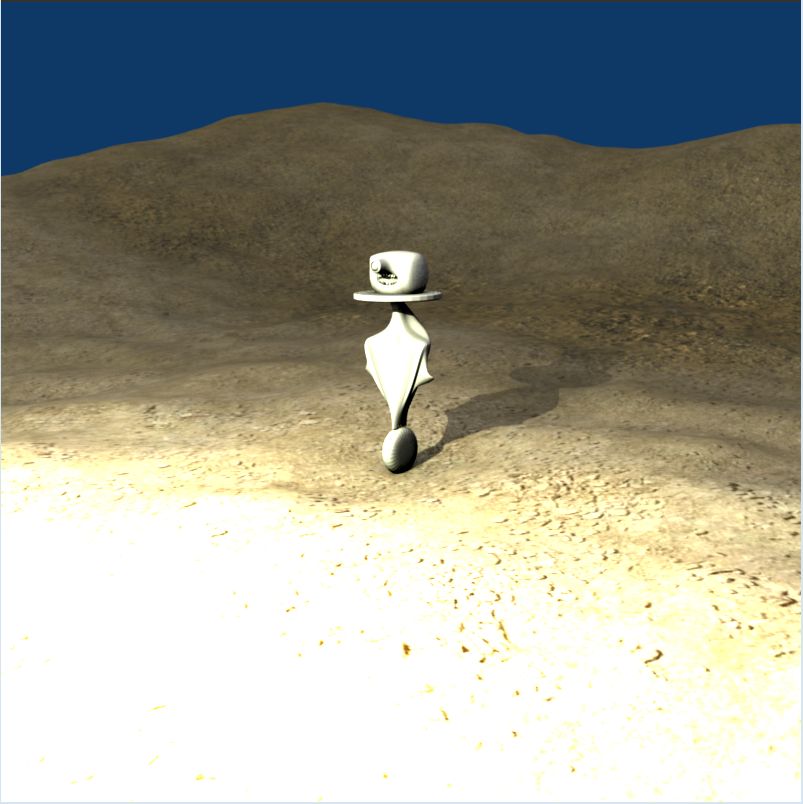 Everything is bad - modelling, texturing, lightning… Start studying basics of Blender - it’s definitely too early for such projects.

Dude, wow, what part of not even close to done do you not get. i put that up there it get it back to the top.

I think rozmiarek is right… the best way to learn blender is to do small, non-ambitious projects, and ask real questions, like “i want to do (…), what’s the best way do do that”, instead of “what can i do to improve this”, which doesnt really work when you’re a beginner…

Not a bad start. The light is too bright at the front though. Try turning it down until the foreground is more visible.

keep at it chand17

chand17, not only you are a cheater but you are rude too.

im rude, ok i quote. “Everything is bad - modeling, texturing, lightning… Start studying basics of Blender - it’s definitely too early for such projects.” Rozmiarek. Thanks tleave2000, at leased someone good advice and i know most the stuff on blender i would not consider myself a beginner. If you look at my other projects i thought there ok i put my last pic up just to get it back to the top. There is one thing that i not that good at and that is the grass i am still working on it i will put a pic up soon.

Chand 17, please don’t listen to rozmiarek. I do not think that anything about your pic is bad, just unfinished. Don’t get discouraged about anyone’s comments on the forum, just keep on working at it! It is never a good thing to take someone else’s work as your own, but I hope that from here on out it will be all you.
It’s kind of hard to tell what your model ‘is.’ I mean, I know it’s a robot, but it’s hard to define any one part of it. Is the bottom part a wheel? What is the collar around the neck for? It’s fine to take liberties and let your imagination roam with a model, but it needs to be grounded in realism and sensibility. Do some light research and look at pictures of ‘real’ robots, as in droids from star wars, etc. I think if you try and follow trends from that you will do a lot better. The lighting is off, yes, but only because there is really no reason for it to be so bright. And even if there was, a lighting that strong will really wash your image out. Maybe he’s looking at a rocket launch or something? Anyways, keep going on this, it has potential!

Thanks, when the robots textures come it will make it look way better and as for the lighting i just through it out there i need more time to get it way better.

the model is nice, but what is your plan for this scene? What is the point of it? like what will he be doing and stuff like that?

He is Discovering something i am working on the background right now. i was going to poste my other drawing but my scanner is messed up.

OK here is the point, (If your not Christan you might not get it) this is Elijah in the prescience of God. The robot is time traveling back and this is what he discovered. Oh and still not to done. 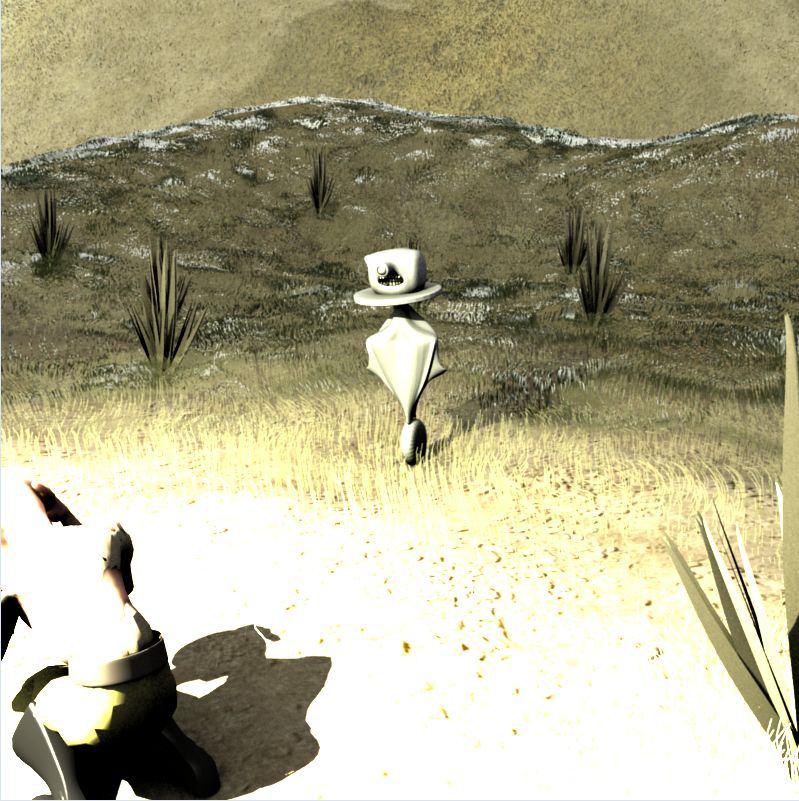 Ok, now I get more what you’re talking about. I still think that the light is too bright. I know you’re trying to represent the brilliance of God (which is a very hard thing to do), but I think there is a better way than simply an intense light. Maybe a halo spot? Also, maybe add some color to the light.
Also (sorry, another also) remember the “golden rule of thirds” have Elijah and the robot centered in the image, and it might look better in my opinion. Good progress and textures.