Sound and movement on different objects

I want to know how can I get a sound to play once the FP passes on an object.

I also have wood as an integer on the FP. It isn’t working. 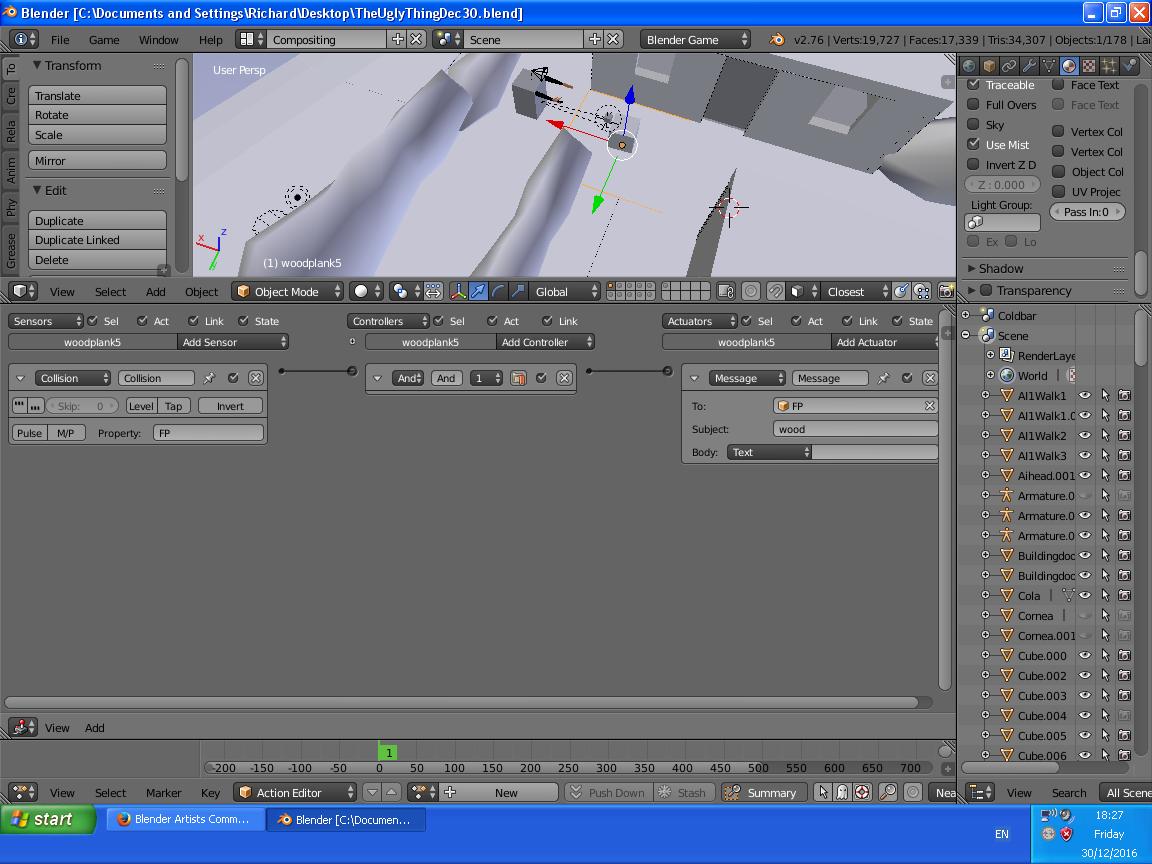 Maybe with a property.

Hmm, I used the example I have there from a clip which displayed a sound being made once it collided with another object. It worked for that example, I imagine it would be the same for what I’ve done. ‘Borncg’ is the youtube user.

I just tried that, add or toggle, no change on that.

The sound doesn’t work for me on that example file. Of course that is a python code example.

I had tried ‘borncg’ channel, there is a sound clip on colliding with a coin using bricks. I tried that exact same setup with an FP cube on touching surface objects, and nothing.

What is an FP?

First person. The cube touches the floor, but no sound?

Edit:
Just for fun I played with collision and it does work if he’s “colliding” with floor. If you want to test make a plane and a cube. Set physics for the cube as character and plane as static. Make sure cube is setting above plane(floor). Give player a game property(player). Add a “collision----and----sound” on plane and add game property “player” to property on collision sensor. Hit play should make sound. One thing you could do is make a invisible plane above the floor that player could collide with and activate your sound.