I’m home from work today… because of the fires in San Diego. My bags are packed and ready to go in case we are evacuated. I’m safe for the time being, though.

Any other Blenderheads in the Southern California fire zone? Stay safe, everybody!

Wow, hope you don’t have to get pulled out!

Make sure you’ve got your Blender libraries & photos backed up & packed up too!

I’m running Carbon Copy Cloner on my Mac now… making a mirror to an external drive… already have Retrospect backups in my purse, ready to go.

For the moment, I’m in a safe spot… but that could change in a hurry.

And if I do get evacuated? Fires to the East, that freeway is closed; Fires to the North, one freeway closed, the other a parking lot… that leaves Mexico, and the Pacific Ocean…

The fires are still almost completely uncontained due to the hot dry weather and high winds. The weather should get better… by Wednesday or Thursday. Until then, we’re screwed.

Our thoughts and prayers go with you Sarah. Stay safe.

Ya. Lots of prayers.

Hey all, I am in San Diego, in the Mission Valley, so no evacuations here yet, although if you are in San Diego, you know that doesn’t mean a whole lot. This is VERY dire for San Diego, and I ask that all of you out there think some positive thoughts for us. If these fires aren’t contained soon, there may not be a San Diego in another few days…

If any of you want updated local San Diego news, go to:

If you are in San Diego and need any help, PM me and let me know. We have a very small apartment, so not much room for people, but we can provide assistance if necessary…

Thanks for the thoughts and prayers, everybody.

The closest evacuations are about four miles from me now.

If anybody’s looking at google maps, I’m roughly at the intersection of the 15 and the 52.

Everything is packed; I’m ready to go. Whatever happens, happens.

The fires are still out of control, and will stay that way for many days. I’d evacuate now, but I’ll wait until they tell us to go. I’d go up to Dad’s place, but there are several fires between here and there, and the 15 is closed.

I put my sleeping bag and my air mattress in my car; I have no idea where I’ll end up in the next couple of days. I have food and water too. It will only take about five minutes to pack my car.

I’m very frightened, though. And this isn’t my first disaster!

Update… so far, I’m still ok. Most of my stuff is in the car ready to go, though.

I can’t figure out whether or not to try to go to sleep tonight! Probably just some short naps. 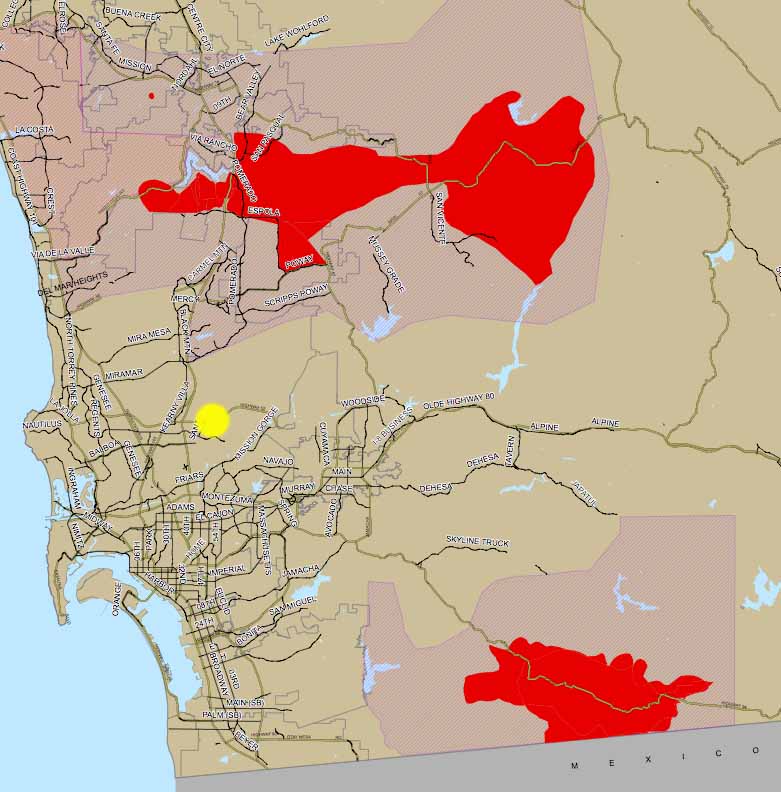 LOL this is a 3d artist support forum! This is the friendliest forum ever, good luck though, is this like a big fire and one of those things thats all over the news? california needs to tone it down on the fires sheesh!

LOL this is a 3d artist support forum!

Um, “off-topic chat” means chatting about things that are, well, off topic. Like Blenderheads fleeing for their lives! :eek:

This is the friendliest forum ever, good luck though, is this like a big fire and one of those things thats all over the news? california needs to tone it down on the fires sheesh!

It will probably get worse tomorrow. :eek:

I second sarah’s comment. Pretty dire out here…shelters are filling to capacity and more evacuations are still being ordered to the North, South, and East of us.

I was tutoring a girl today, and while I was over at her house I found out that that they have family out on California that were getting evacuated tonight. Pretty scary stuff.

Best of luck and many prayers to you guys, and everyone else in range of getting evacuated.

@ sarah
My brother lives in L.A. and I have been in contact with him because I was concerned. He said for him it was just really smoky (probably better than smog) and really it is no big deal.
Judging from the map you provided I do not think you have anything to worry about save breathing clean air (good luck on that even on the best of days). I do not think that all of the drama is needed. This stuff happens almost every year.
Edit
Think about it, you could be in Iraq. Just chill out and go down to the 7-11 and get yourself a slurpy and have a bit of relax.

Ah. That’s because you aren’t here in the middle of it, pixelmass. Almost 300,000 people evacuated, shelters nearing full capacity with at least another 200,00 possible evacuees waiting. If the fires aren’t stopped, by this time tomorrow, there may not be much of anything left in San Diego. I live near the center of San Diego, and we have 200’ walls of flame approaching us from the North (5 miles), East (5 miles), and the South (10 miles). To top this off, we have winds blowing from 60+ MPH and temperatures today over 100 in some places. Rest assured, all is well in LA now. It is San Diego that is in deep trouble.

Believe me, I have all the local news sources on at all times, and in the words of local fire officials:

So yes, it is a dramatic time. Imagine it was your house going up in flames (hundreds so far), or your land being burned (almost 300,000 acres over 12 major fires in just over 24 hours)

And by the way, “this stuff happens every year”? In 2003, the Cedar fire set a new precedent in destruction in San Diego, destroying 2 entire cities and large portions of others over the course of 4 or 5 days.

The fires burning now have surpassed the Cedar fire in their first day, and threaten to destroy most of San Diego county … Trust me, these things don’t happen every year…

Thanks to all of you with kind thoughts, the people out here need it…

And we are still at 0% containment, by the way…

@ sarah
My brother lives in L.A. and I have been in contact with him because I was concerned. He said for him it was just really smoky (probably better than smog) and really it is no big deal.
Judging from the map you provided I do not think you have anything to worry about save breathing clean air (good luck on that even on the best of days). I do not think that all of the drama is needed. This stuff happens almost every year.

Um, no… this is worse than it has ever been!

This was a bad fire:

The Cedar Fire may refer to:

The current multiple fires have caused five times as many people to be evacuated… just today! And the weather conditions that are the root of the problem for this fire are expected to last several more days at a minimum: 70mph winds in some areas, and 5% humidity. Several coworkers were evacuated from their homes at 7am this morning, and there’s a good chance I’ll be evacuated either tonight or tomorrow. The major roads out of the county are either closed or are parking lots. The shelters are filling up.

They’ve never evacuated this many people for a fire here before… I’ve only been here 20 years, but I remember some of the bad fires. Everyone says this is worse.

Keep in mind, the biggest fires are still burning out of control, and will continue to burn for several more days at a minimum. The fire on the map is less than 24 hours worth of growth. It will grow faster as it gets bigger. The fire officials have already said they expect at least one of the fires to burn all the way to the coast and they don’t think they can stop it.

Pretty much the only thing between me and the southern edge of the fire to the north is a Marine Corps Air Station… many square miles of dry flammable brush.

I was sent home from work today. They’ve already announced we won’t be operating tomorrow, either. I think we have 10,000 employees.

All of my neighbors are packed and ready to go. In 2003, our neighborhood lost a dozen or so homes. Everybody here remembers.

Oh, and the Cedar Fire killed 15 people. So far we’ve only lost one… but the local burn units are filling up with injured firefighters. One is in a medically induced coma due to severe burns.

But this is only the first day.

In short… seriously, this is BAD.

Oh, and if you’re watching TV? It’s much worse than that. Network TV doesn’t do a good job with big disasters. Although one channel is doing some good; here’s a partial list of homes lost today:

And this is from the National Weather Service:

Think about it, you could be in Iraq. Just chill out and go down to the 7-11 and get yourself a slurpy and have a bit of relax.

In Iraq, we could shoot back…

You are right, I am not in the middle of it, and for those who are it must be quite horrendous and scary, I do wish them well and safety. I do worry about livestock and pets as well as people. It does seem that mother nature has quite a temper at times, there have been whole herds of cattle pulverized by baseball sized hail in Colorado, not a pretty sight. I guess my point would be that stuff happens and if a person chooses to live in a particular area where stuff happens then be prepared for stuff to happen, or at least accept it when it does.
My prayers go out to those who are suffering.