I recently found the game Infinity Universe.
Which inspired me to try and do the same in Blender!
Yeah right…:rolleyes:

So instead, I though I’d go for trying to make a simple way to create, what is seemingly the holy grail of space sims, seamless planetary landing.:eek:

I have a way of doing it in my head, which i pretty much what Infinity is doing, but implementing it is going to be hard. Especially since I know no Python…

But in the mean time, here’s my first attempt at a low resource, big-*** planetoid, it’s moon, and a crappy shadeless yellow sun…
Hope you like it… 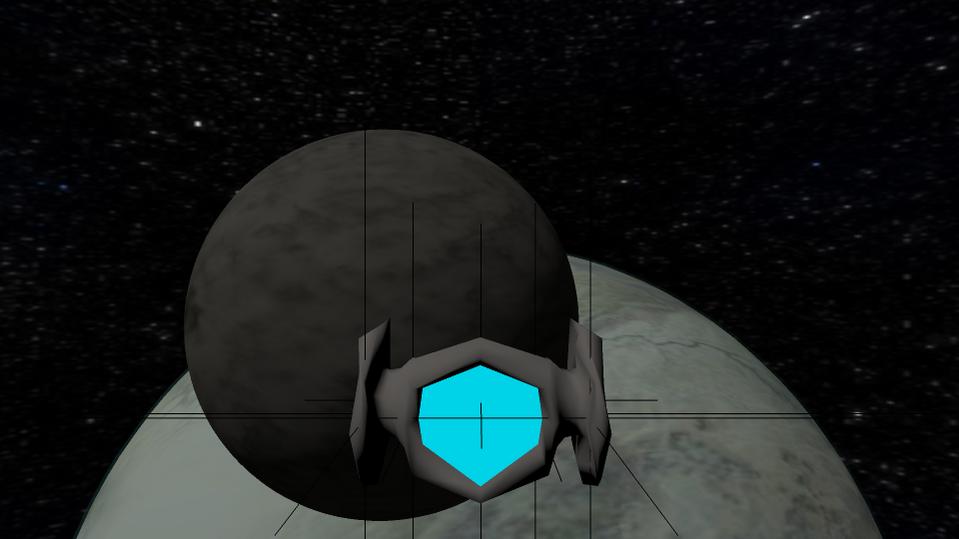 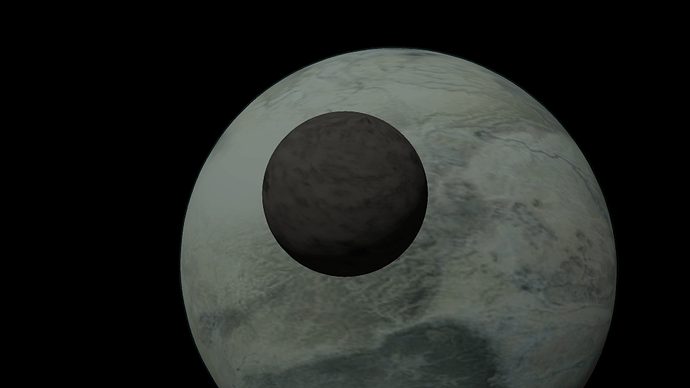 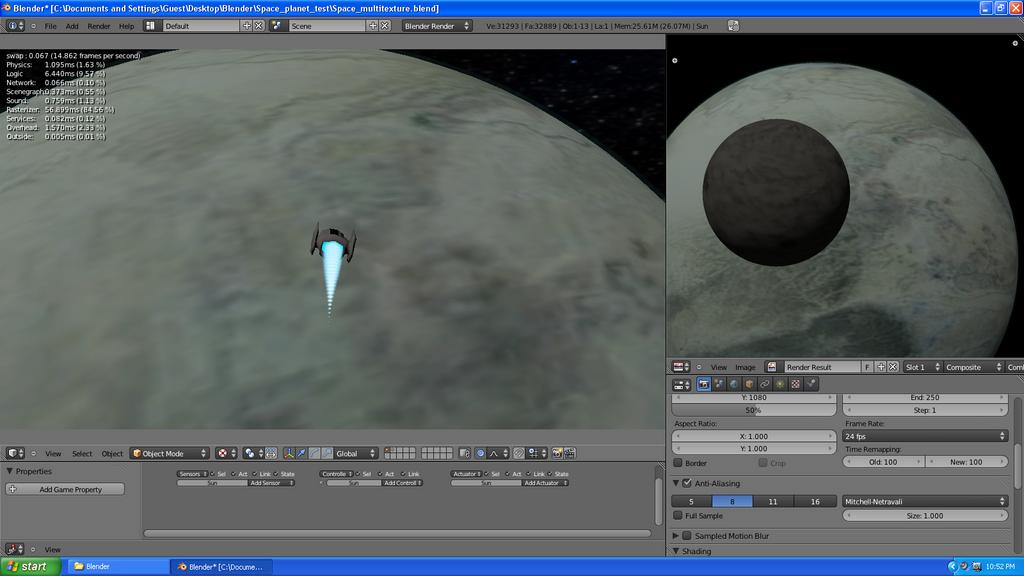 Any ways… here’s the blend, (conveniently placed in a zip folder:confused:).

Also, as a side note, my favorite part about the whole thing is my faked atmospheric shading, which, in my opinion, looks pretty good, but could still use some work.

Updates and such are going to be few and far between, because, in the words of a crazy genius…
“We’re not gonna release this stuff into the wild until it’s good and damn ready so as long as you keep yourself in top physical form there will always be a limo waiting for you.”-Cave Johnson

If anyone would like to contribute to my crazed, probably going to end up rage-quitting, project, go right ahead!
Any help, resources, advice, c&c would be greatly appreciated.
Thanks in advance.

Ah, a space game! I love those! In fact I’m building a game almost like that one. But I did not take the idea from infinity. When I came to know about infinity by 2009, my game project was already in progress (but I learned a lot from it).
How do you plan on adding entire stellar systems, when a single planet and moon are giving you 15fps? Are planning in adding an entire galaxy? or at least a star cluster?
As for Infinity, Fabien wrote and entire game engine, the I-novae which is not bound by the 32bit float barrier, and can push hundreds of millions of polygons and shaders in its sleep! Plus, he put up the most sophisticated procedural logarithm for the planets, and others for stars, LOD, Nebulae,etc.
I also started like you. My last demo on 2.49b had 2 moons, and a small asteroid field. Check the video out:

From there I learned enough to optimize and increase the whole setup (still not as big as Infinity,Blender does not kowwhat billions mean), but well I still can push 60fps. I’ll post a video soon, for you to see how it’s going! The latest one had a planetary landing feature

Good luck, you may ask questions…

Wow! Thanks for the advice and, may I say…
Your stuff looks great!

A couple of things though…

But I did not take the idea from infinity.

Hey hey hey! I didn’t take! I was inspired… pretty much only about the way he did the scale.

No faked travel times there!

On the question of

Are planning in adding an entire galaxy? or at least a star cluster?

I’m not going that in depth… just the one planet.

a single planet and moon are giving you 15fps

Like I said… I’m on an extremely low end computer… and without the atmosphere there, it’s hanging in a constant 30-29.88 fps…
With more optimization (baking the shadows) and a few tweaks (not faking lod by adding the ENTIRE FRAKKING PLANET for 1 frame every frame, and just changing the object spawned based on distance…)

I’m thinking that I’m going to make it a really cool fast-travel map, like say, Fallout 3, but more dynamic and interactive.
Which also leads to being able to take large chunks of the design out for optimization.
Because, whilst making this, I had an awesome idea for a space-western themed RPG (Which… is… what, COS,… is… <slam face on keyboard>), which I already have some designs for characters and locations, and a pretty good idea of how to do it.
And by ‘light rpg’, I mean LIGHT. Three main weapons, some customizable stats and such at the beginning, a basic character customization element… but that’s going to be pretty much it.
Now my only problem is modeling, scripting, writing, textures, etcetera etcetera…:rolleyes:

But I’ll get there…

Extremely excited to see how you project turns out as well!

I’m sorry I didn’t mean to sound like accusing you of trying to copy Infinity. I meant the idea, wasn’t born thaks to Infinity!
If you want I can share a simple setup that allows you to have an entire solar system and travel between the planets, with reasonnable frames. It uses 2 scenes and is a bit easy on the rendering side!
I can even supply a lil blend if you so desire!

Good luck, noting that Infinity isn’t really using any off-the-shelf GE and instead using a highly specialized one specially optimized for mass-scale procedural generation of planets and galaxies.

To get close to pulling such a thing off in the BGE, then you would need to have a huge amount of knowledge in the Python API and the techniques that can be done to say the least, you would also need to know every optimization technique that can be done as well.

I’m talking about a game the scale of infinity though, if you’re just doing a planet or a planetary system, it might be a bit more doable, though things can get tricky if you’re going to have real detailed terrain over something the size of a planet.

@torakunsama
I wasn’t accusing you of accusing me of copying Infinite!

And I would love a “lil’ blend”! Seeing how you did that would be so awesome!
Even though i’m going to redo this to fit the more, really cool map of the planet your on, sorta thing…

@Ace Dragon
Thanks!
I don’t even know what a Python API is!
Python just eludes me… probably the year I spent learning Lua before I found out about Blender! But i’m figuring it out slowly.
And progress will get so much better with the upcoming summer! School’s out for SUMMER!!! (in 4 days:()

Anyways… I’m refitting the idea to be a map system, rather than a planet explorer.
With a large planet, filled with other ships and such the explore (i guess it’ll still be an explorer system) and small towns scattered about that you can land in (they’ll definitively be in different scenes…)

But with torakunsama’s scene blending thing, I could even do a seamless transition from flying around to ground shooter thing! Hopefully…

Would have out up my new blend, but I don’t have my flash drive on me!

But I’ll give you some details…

I’m using a POG script on the planet for gravity.
Currently only one settlement, which still needs to be set-up for transitioning from planetary flight to the town.
A repeating-plasma rifle (separate blend) as a weapon test.

I came up with a great new idea for an opening that I still need to get figured out, and was wondering if anyone would be interested in supplying me with a player model?
If you’re interested, just PM me and I’ll give you more details.

Hello!
Here’s some screens from the game!
(Also… Is there a way to change the name of a thread?) 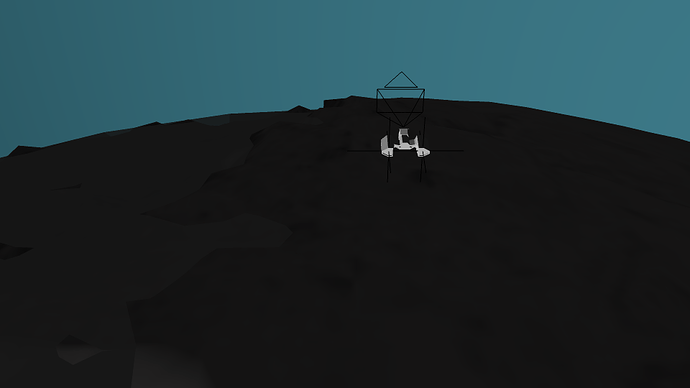 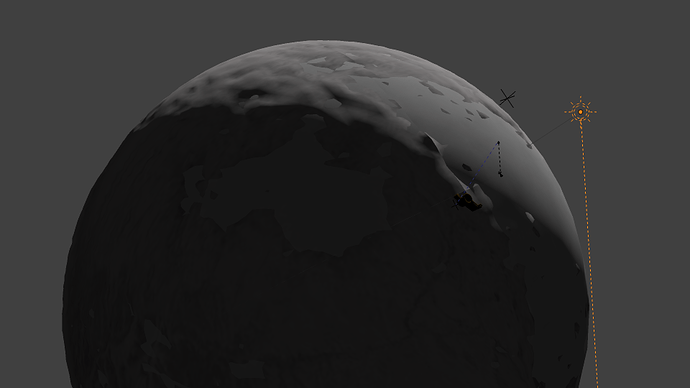 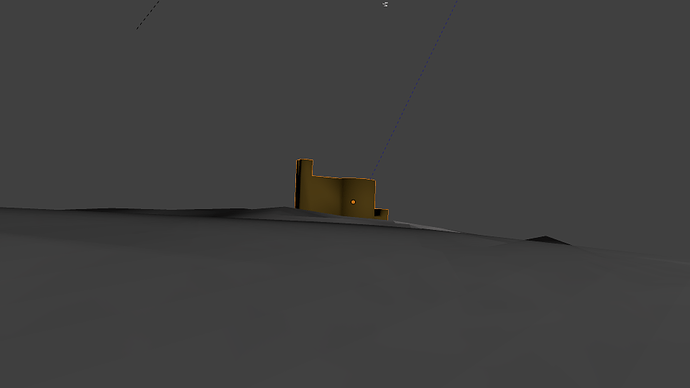 Also, with this new setup, which is MUCH better than the first, I’m getting a steady 30 fps… which leaves some room for improvement…

Not much development in the past month…
Probably going to get back into it in the coming days.
I find it necessary to hop between projects as the not lose interest after a while… that and I can’t stay focused. I’m still able to convince myself that I can’t pump out my dream in a single night!

And I was wondering…
Is it possible to do distance fog around a planet?
I’ve tried regular mist, but it doesn’t work well with a sphere, but I managed to get a neat effect at a distance by scaling the water up, and some other weird stuff…

You can change the name of the thread by going to the first post and clicking Edit. If you click the ‘Go Advanced’ button, then you will be able to edit it.

I kust wanted to say that this is really cool. I’ve never seen anything like that first video where you go from a spaceship to a planet. I also loved the part where you took off and you could see the atmospheric boundary where you suddenly entered space.

The planet is only about 10000 bigger than the ship. So how does that work with the scaling?