No textures yet, will work on that next.

I was trying for WW2 Battle Ship look in space. 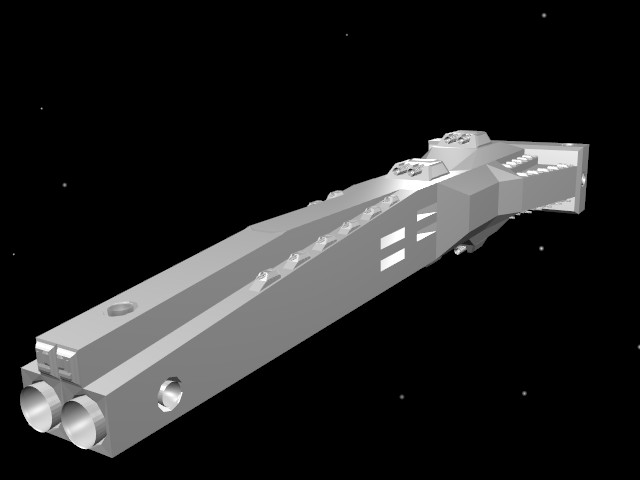 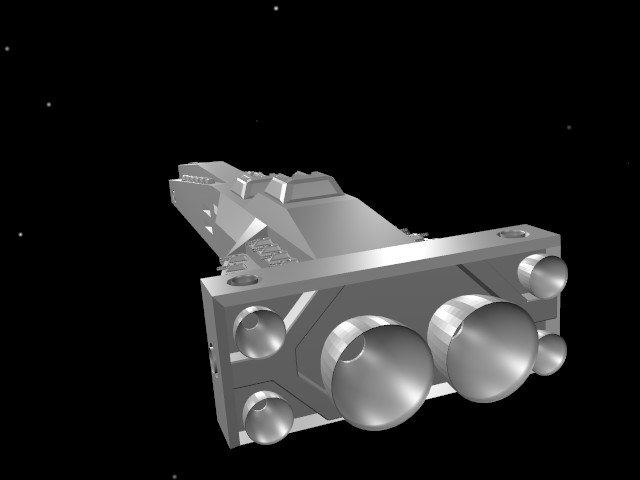 very cool looking. It reminds me a lot of robotech, and the sdf-1… keep on refining, this looks like you have a lot of potential with this model.

If you are going WW2 in space, don’t forget the conning tower/control tower or whatever. the upright structure that says “Shoot here first, I’m the command unit.”

and the rotating radar unit.

I really like the design. Work on the details though. That’ll be a cool ship when you’re done!

Hmm interesting ship, only part I personlly don’t care for is the back, seems kinda flat but I tend to model rounded ships more myself so don’t take it to heart. Looking foward to updates

Well I am back working on this project.

This is the base hull for the next ship in the fleet. Its a Surveillance-Scout ship.

Added the defense turrets in the back, they are the same models from the Carrier up above. When she is running she’ll need to shoot back.

Added the bridge windows, to give some scale. They are a little more that half as tall as a man.

Added a light to light-up the forward launch deck

Started on the RCS, that’s the small dark thing on the nose.

Last updated for the night

Added some more RCS
Added a Lateral Sensor Array, not sure if I will keep the blue glow or not.
Added Tow Line Sensors, they of course can be reeled in.
Still trying to find a hull materiel and texture that I like. Any C&C on this?

looking good. Try a new texture though, that one is bothering my eys. Nice modelling.

i think it’s the smooth that’s making it look odd. try it on solid

I tryed solid but did not like it. Iam going to try some hull plating next and see if I like that.

Here is a far off shot.

And the place holder for the Forward and Rear engines 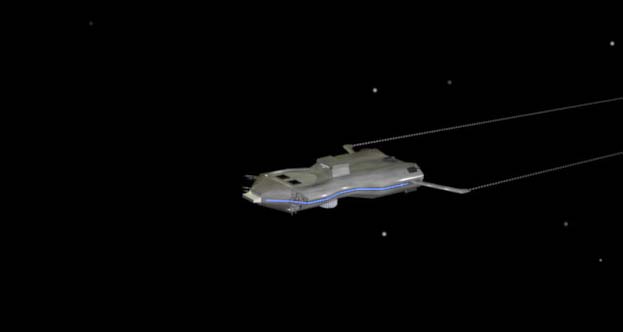 Interesting design. Need to turn the spec down on the hull texture though, it’ll look alot more starwars and alot less glossy that way.