I always wanted to do a spacefight-animation and now that i know how to setup a nice space scene i’ll try it. Ships and scene are done what’s missing are the special effects like shield hits, missiles, lasers, sounds and stuff. I also need to get a feeling how fast the ships need to be, how to use the camera and so forth, so when anyone has some tips whatsoever, i would like to hear them :).
I made a test animation which i uploaded here ~11MB

The ship designs are from an online game called Eve-online (cool game btw ;)). Nice Ship, nice design, nice environment. Not sure what u want to fo with the animation though.

Awesome! Except the engin trail thingie could use some work. The separation between each color is too clear cut, I’d blur it.

Wow, that, is, really, something… Good job.

>iliketosayblah
make’s me sad to hear that

and even sadder that my beloved YouWhat was nearly disintagrated

>digital_domain
animations rule!! that’s what i want with it

>Borgleader
tuned the trails a bit, they look better now

Figured out how to create an animatable shield effect.
shield test ~2MB 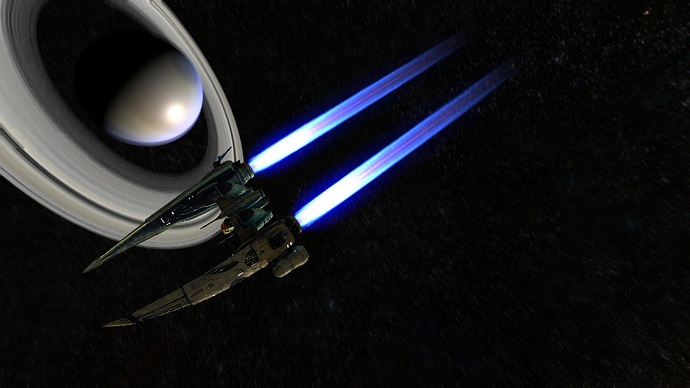 In both your images, the ship is quite dark, could you lighten it up a little bit so we can see some more of the detail maybe? The rest of it looks really good.

Sorry economy games like EVE also make me go “blah” but the image here, and those in the game look very nice. (one thing i dont like about EVE is that you never leave your damn ship…)

Trails are looking better, but I still think you should blend the actual trail with its glow if ^possible, because well light doesnt just go from “light beam” to “glow of light beam”.

like the ship so far. Could you post a few untextured shots of it just to see the modeling. I noticed that you added a little light to simulate the engine light.

A nice trick for showing speed is adding space debris. Stars and planets in the background won’t be close enough to make the things look fast. Add just a crappy particle effect or something that they can fly through.

A trick for showing off the detail on space ships while keeping accurate dramatic space lighting is adding lights to the space ship itself. Think like boats. Put a red light on one wing and a blue light on the othe ror something. Make it so it only lights up a really small part of the ship, but still gives a good idea of the detail and stuff.

Also, the specularity on your gaseous planet looks way too high it should have a really low hardness value. I’d go so far as to say 1.

>Nitronic755
should be lit up now

changed the spec of the planet (hard:2 muhaha in your face :D)

When you want it more precise i could make a short explanation, perhaps tutorial style… 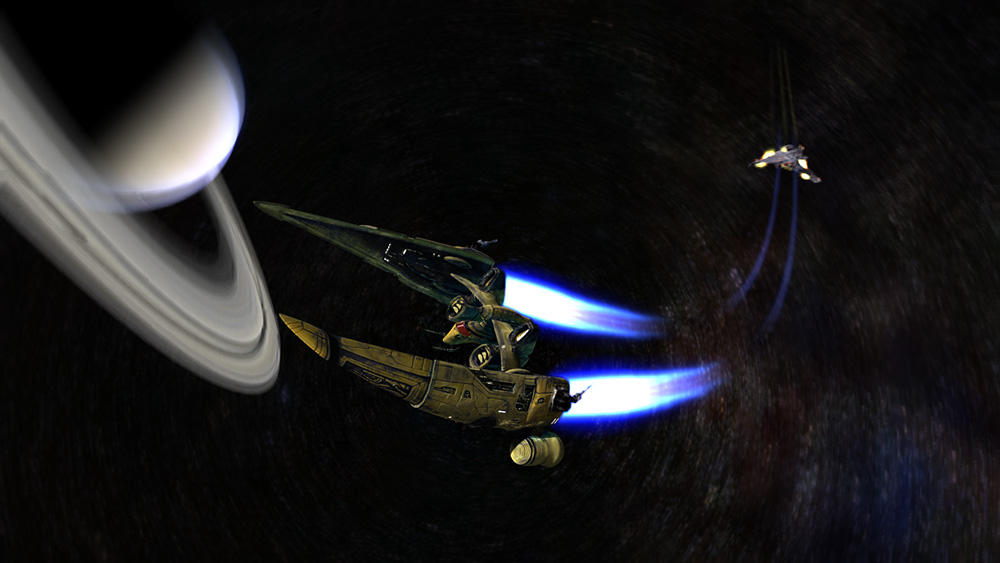 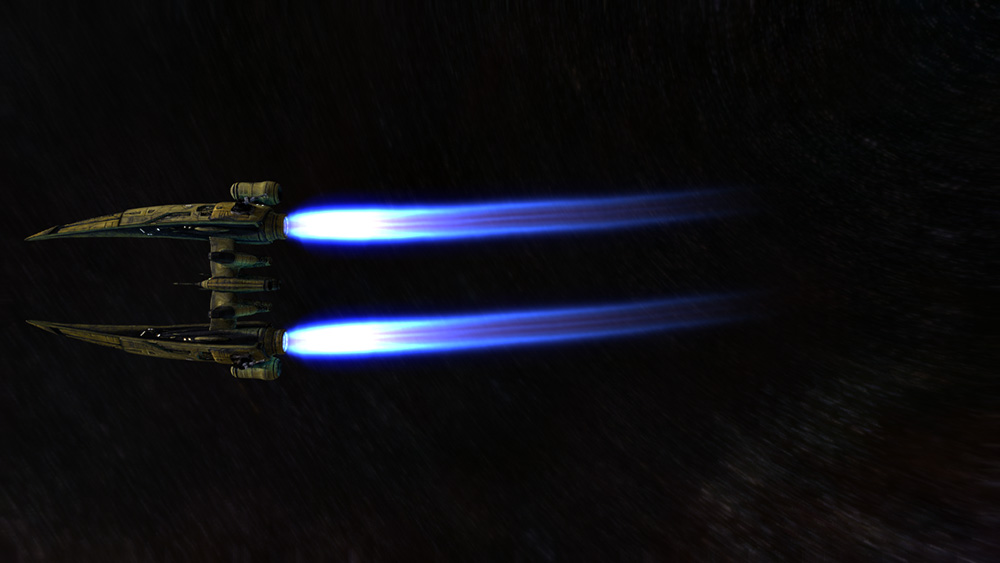 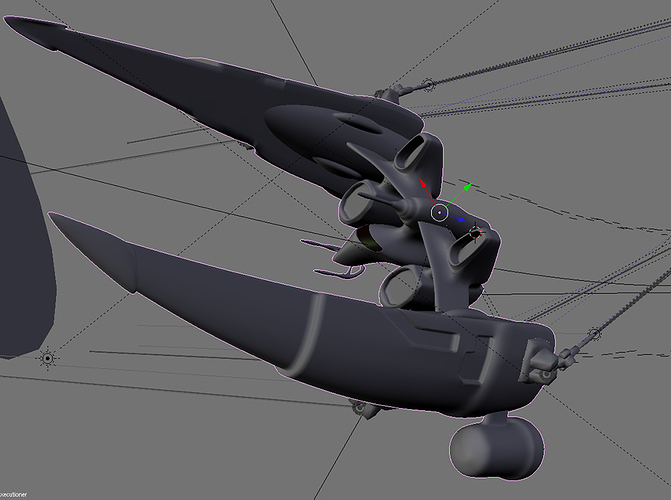 I think it still could be a tiny bit brighter, but it definatley looks way better now… the detail is awesome!

Is that a Condor chasing the Executioner?

The shield thing obviously needs some more work though.

Waahh Im confuddled but it sounds really interesting. I tried to do that many times like for missiles but failed.

Can you maybe post a .blend file of your thing or just the effect or something

>iliketosayblah
make’s me sad to hear that

and even sadder that my beloved YouWhat was nearly disintagrated

sorry, but this isnt a forum for games man! keep up the awesome ship work!

I think it still could be a tiny bit brighter, but it definatley looks way better now… the detail is awesome!

It adds so much to the image. If you want it lit up more use a trick like the header for this site. Put some very dim lights on the opposite side (I wouldn’t because a huge black contrast really makes a picture come to life).

If you look at that same header. Imagine if the ship were lit from the top. you’d see more detail sure, but it’s not as visually appealing. Honestly, if that were rendered again with no light from the other side other than a little bit of engine light, it would really pop out.

I popped that same picture into gimp, messed with contrast and brightness to get two more images to compare to that one. (note: that one actually does a good job with it, but I’d probably err on a little darker for personal preference.
Here’s the first one darker:

here’s the second brightened up a little:

The second you can easily see more detail on the actual ship, but I have more emotional attatchment to the first one when I see it. When you add more lights you do the same thing. It just makes your picture less interesting and more flat.

When you want it more precise i could make a short explanation, perhaps tutorial style…

Of course, a tutorial would be very nice … it looks great!

>Nitronic755
I agree with way2lazy2ca, to much light destroys the feeling of an image/animation.

>paulR
crow chasing a navy slicer, don’t know yet who will win

I didn’t get very good results from the tutorial. Lots of the time there was too much white, and I managed to get it looking ok, but it was all liney at the edges. Any ideas?