Hi, thought to share few pictures of a space-ship I modeled. The type is based on Warhammer 40k frigate. This one represents a rogue trader ship, approx 1.6 km long

It’s mostly blender made. Some bitmaps are made with gimp, as is the engine glow, and did slight compositing and smoothing here and there in gimp after the render. 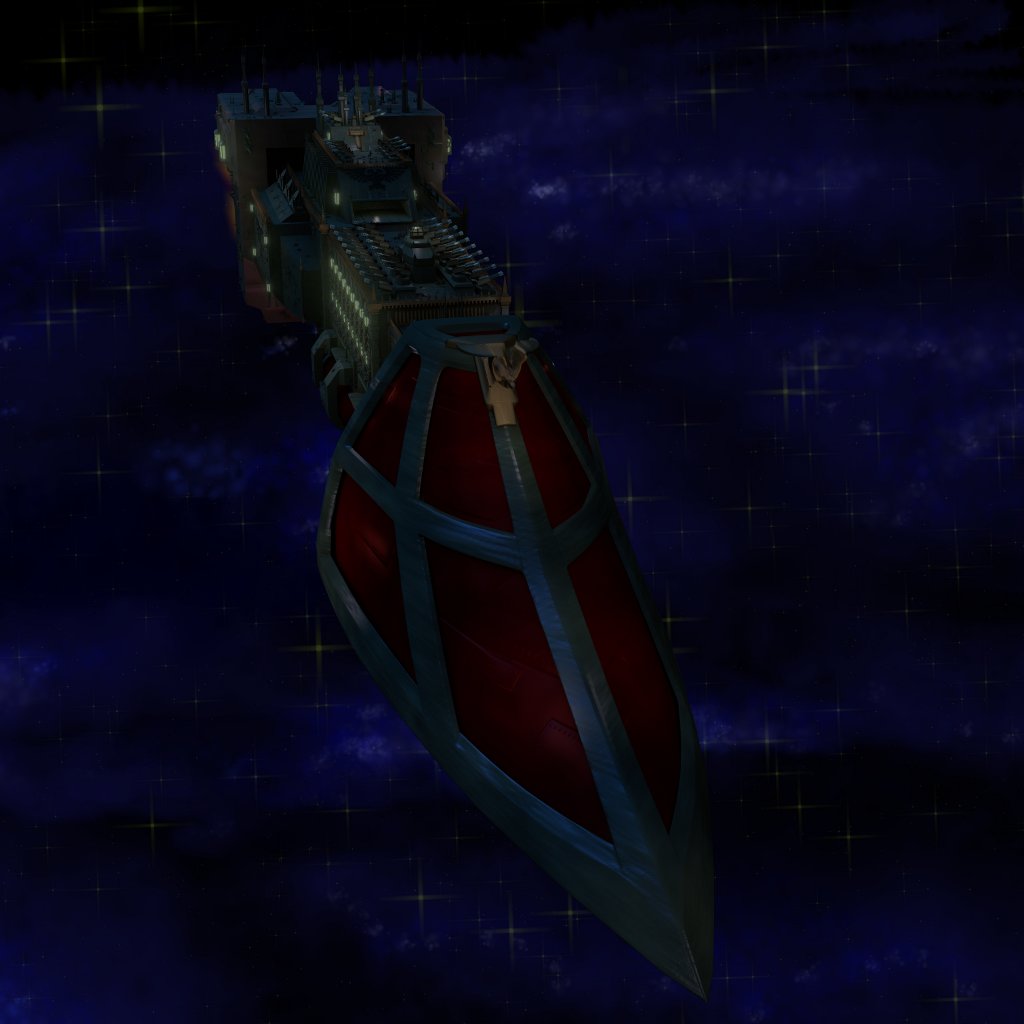 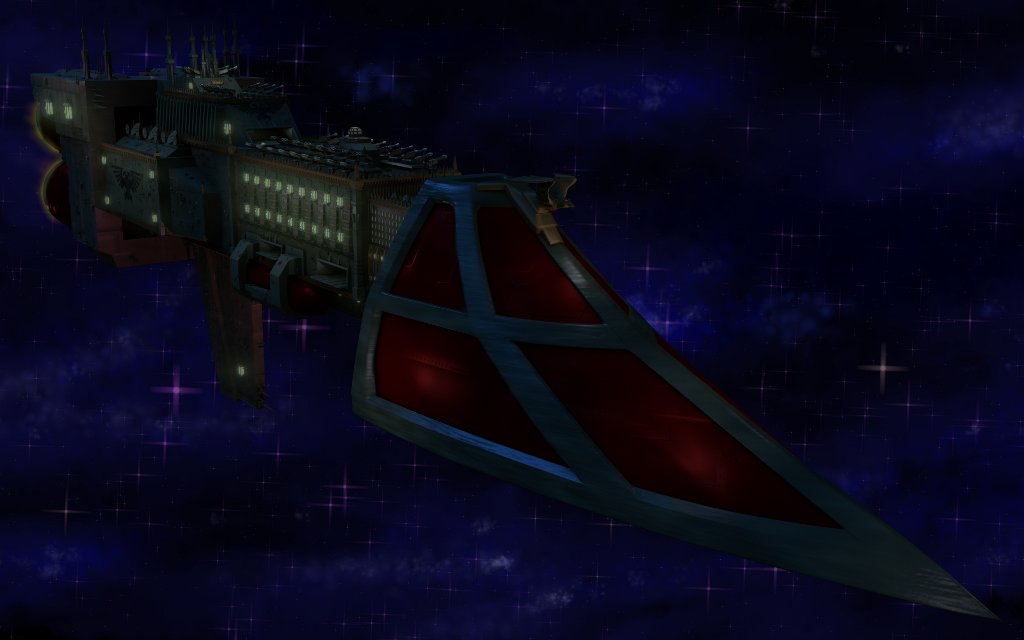 A higher resolution version of the first one can be found here:
http://cymoth.deviantart.com/#/d3k64jr

comments and such appriciated

Well tuned this project bit still. Tried to make bit brighter render. (Near a planet, as in contrast of the deep-space feel in the previous ones)

Anyway, there it is 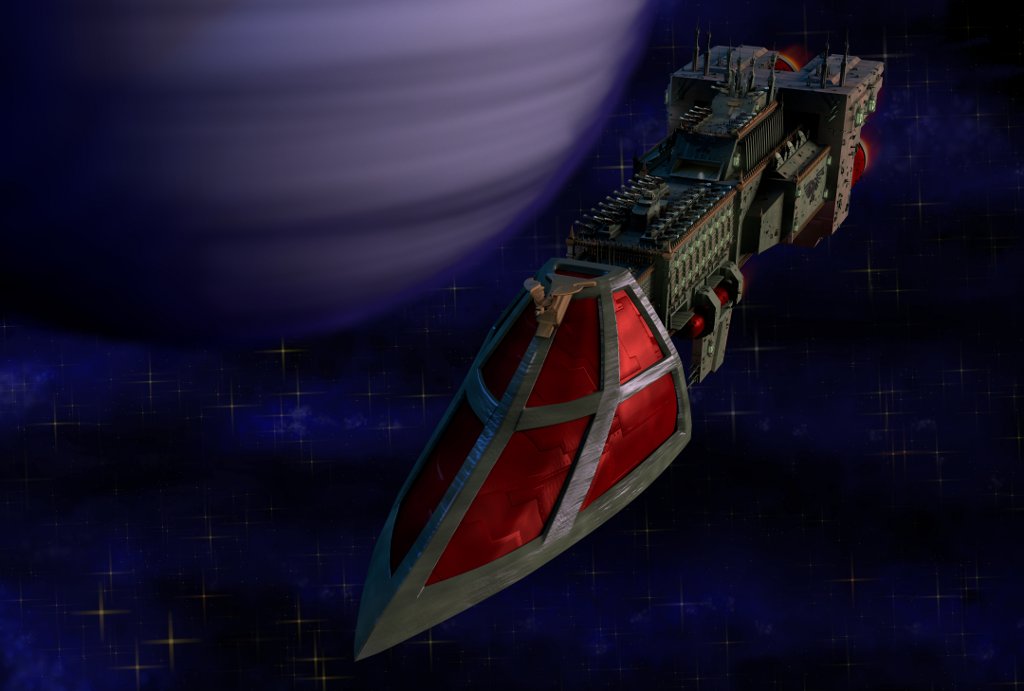 Modelling of the rear of the ship looks pretty decent with a nice amount of details, but it makes the front of the ship look bland in comparison (don’t know if that’s standard for WH40k ships though). The lack of geometry also accentuates the low resolution of the texture at the front.

The background is a little overpowering as well. I think you’ve overused the flare effect on your stars, one or two probably wouldn’t look that bad, but using it on every one doesn’t help your image. I’m in two minds about the colours and planet. I’m inclined to think that these are also too prominent. The edges of the planet (especially the ones near the rear of the ship) are also way too uneven. Even planets with lots of cloud still look pretty smooth around the edges.

Thanks for the critique, Fade

The prow is really low detail, but that is kind of standard for wh40k (The “cowcatcher” is present, and rather simple in nearly all the ships) But I guess you are right I could try to do something for the textures in it. All in all it should look like a huge protective piece of armor.
In stars I experimented few things, did always get the flare in all the stars, or none of them…guess could just manually put few stars on different plane and flare just them…
The planet edges got bit exaggerated, granted…just wanted to blur the difference between the “atmosphere” and rest of the thinner gases a bit in the post processing. Didn’t figure out a way to make the larger spheres’ volumetric thinner towards the edges in blender, so had to do that in gimp.