I based this fighter/bomber on the Lambda Class Shuttle from Star Wars. Or maybe the Assault Gunboat. They’re both made by the same company so there are similarities.

Anyway, here’s a shot of the model from multiple angles. What do you think? I’m thinking of adding a tail fin(for stability) but I’m worried it’ll look too much like the Lambda Shuttle. Any tips? 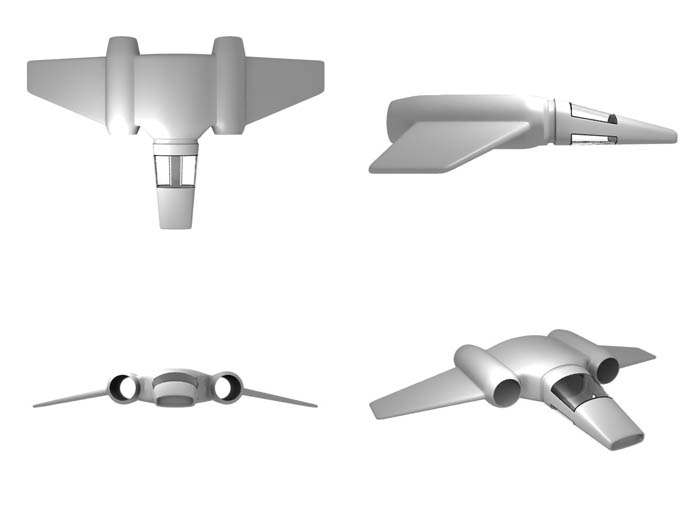 it looks great man, fravorite view is the front, it looks sleak, but the side view doesnt do anything for me… maybe straighten out the “spine” and narrow the rearmost portion?

hope any of that helps, im new to blender only about 4 days behind my belt

Thanks for the comments, Highcommander.

Yeah, I love the front view too. The side view looks curvy not because of the ‘spine’ I think, it’s just the jet engines. It’ll look better after I add the fins. And I’ll try narrowing the back a little, thanks.

As stated in the title, it’s a Heavy Fighter. In my mind, it’s going to be a fighter support craft(meaning usually used to back smaller fighters up) with:

And it’s a small craft, so it’s probably deployed from a capital ship/space station/planet and only capable of short range, hence just the small engine hidden behind the pilot. Also, you’ll notice the two huge jet engines at the sides; the ship will switch to those for atmospheric flight.

Some joker took my keys. I don’t like that - Ben 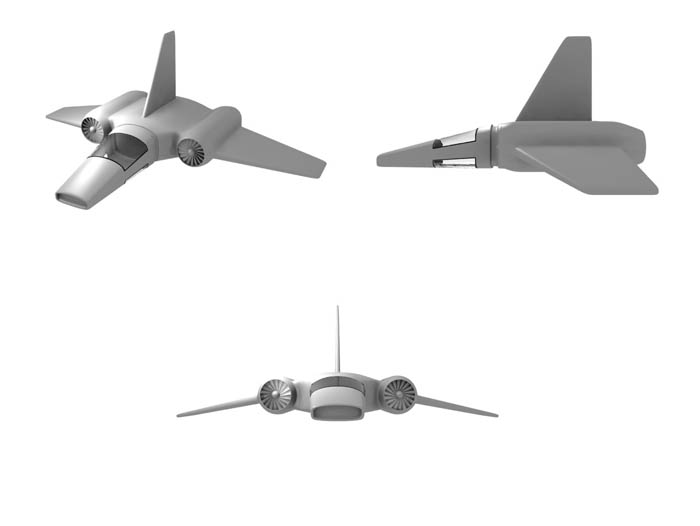 Now with smaller ones at both sides. You can see the huge similiarity in this one and the Imperial Assault Gunboat(just google ‘Assault Gunboat’ if you want to compare): 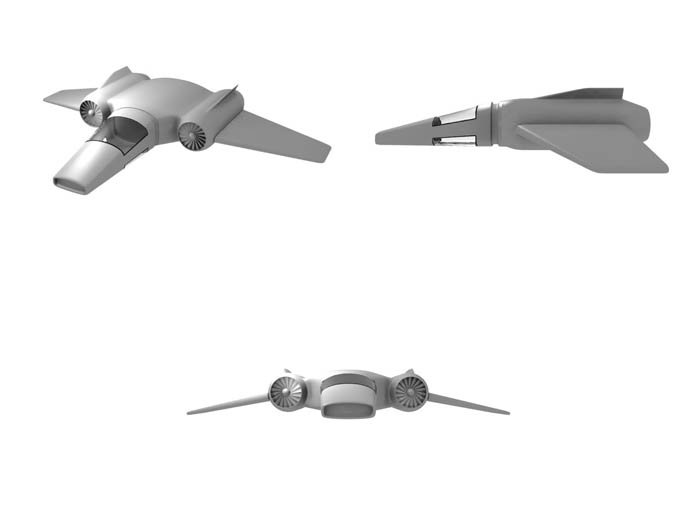 I like the second one better cause it retains the sleek look of the original pic I posted. Some more ornaments on the top is needed so it won’t look so empty I guess…

i like the first with the fin moved all the way to the back and a little wider ,

the second one is the better choice if you dont want it to look like the shuttle, but I still think its frurther from the gunboats then the first is from the shuttle… if that makes any sense…

You probably can’t see it very clearly, but I tried putting in a pilot’s chair and it seems the current positioning doesn’t allow the pilot to see much in front of him. I’ll figure it out somehow.

Since we’re finally seeing the shape of the ship, I guess I’ll try some UV textures after this. c&c as always

the fins in your last render are exactly what I was thinking would look best, while gravitating away from SW some.
two suggestions:
1. Definitely tweak your engines some more make them less rounded, imo.
2. imo, the wing looks a little funny. I think that mostly has to do with the fact that the leading edge of the wing is totally flat instead of angled. Even though it doesn’t matter for space, the eye still says that wing should be shaped somewhat aerodynamically. It’s what we’re trained to see.

OOOh i like the new fins, I see your narrowed the back too thats awsome looks good. Yes thats much better the chair is awsome, heres what id like to see:

looks awsome bro keep it coming,
p.s. dont know if you thought about textures yet, but i hope you make it dark and not the light color i think it might look sleeker /cool