I´d like to show you the fruits of my three months worth of work.
The short movie I called Space Hippie.
Please, meet Rooti and Tooti in their VW T3 SpaceVan:
https://www.youtube.com/watch?v=toODLkxFY44

It is a semestral work for first year BcA. Multimedia. 90% of what you see was modelled, textured and animated by myself. I used Quixel Megascans for prop details, rocks etc. and some details in textures. Rocks are simple Particle emissions with weight paint. Displacement was used by large on surfaces that are seen close-ish, also altering that way some of the Megascans props. Most of the lighting is via large Area lights or by HDRI as seen in the first and last two scenes.

It is my first attempt at such a scale. I hand animated every motion and tried rigging for the first time, hence the lack of facial expressions or more detailed shots in some cases.

I also had zero budget for renderfarm, luckily I got enough points on SheepIt thanks to which this project solely came to fruition. Otherwise I wouldn´t be able to render out this much data on my gtx 1060.

It was also extremely challenging in regards to music production as I have no musical education nor am able to play any instruments. Except two songs I partially used all the sounds are also recorded, edited and overall mastered by me.

The final cut was done in Premiere Pro with some subtle colour grading, including the score and graphics. The project consisted of 7 different scenes rendered out separetly. Different camera angles within those scenes are purely keyframed.

Here is short clip of how this movie came to be:
https://youtu.be/9ZkeOzOpm5k

Here are some frames, that I rendered out extra in higher quality&resolution to offer as wallpapers Also while having a bit of a breather I watched a video with the one and only Khyzyl Saleem and got inspired to create some studio shots of the two robots and the vehicle. 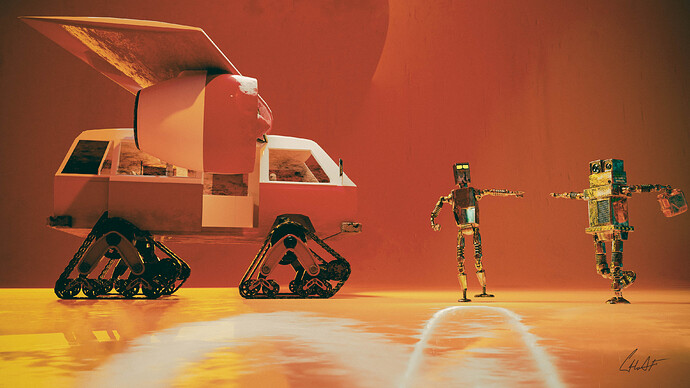 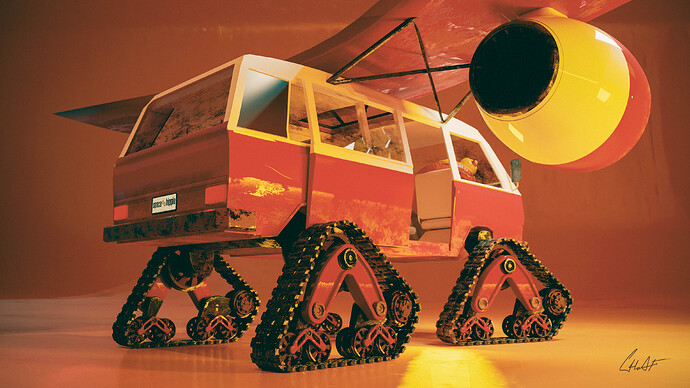 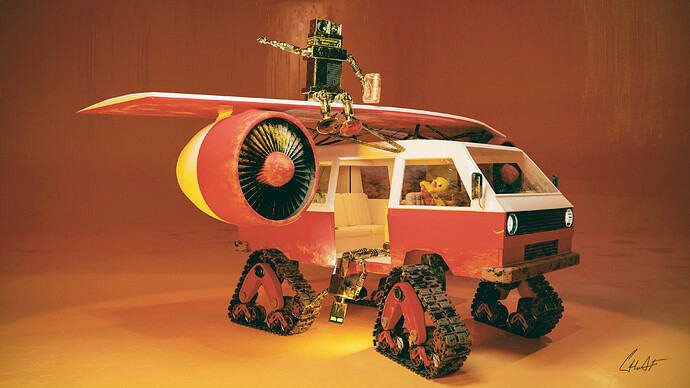 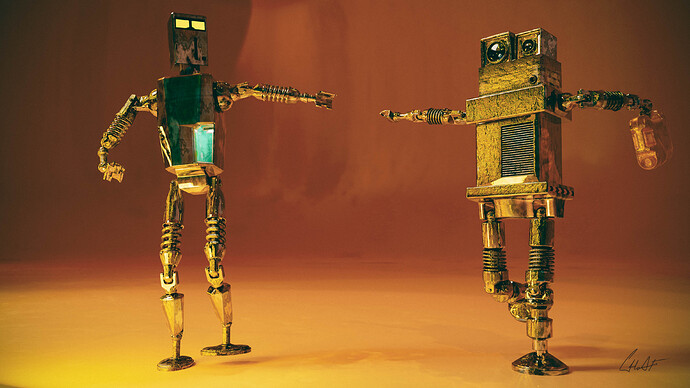 Thank you so much for reading through!
Any feedback is hugely appreciated

I really like the concept. Very cute characters. Some of the stills look like miniatures, which is probably the intent. Good work.

Thank you so much for these kind words

Indeed, some stylization was intended and one shot really does look like a bug landing on a donut more than a spacecraft landing on a planet :_D