Me and my mate are working on a short action sequence, involving the things that make good movies: 1) guns; 2) high explosive; 3) mass destruction!!! lol some of you will know what I mean.

Anyway we got some background plates, some moving, and some still. This is one of the stills that I wanted to do first, to save the hassle of tracking etc. The shadows caused me a problem (look at the vfx section of the forum), but sorted now. The main things I’m not happy with are:

heres the youtube linky: http://www.youtube.com/watch?v=IeR5TNGRYJM
if you want it PAL 16:9 size: http://rapidshare.com/files/48188028/cornerflyby.mov

any crits please - be harsh I want to be as near to studio-quality as possible, and im happy to put the work in?

Actually, I think the materials are all right. (Although, when I first watched the movie the spacecraft had an uncanny resemblence to a gourd, due to the shape and color)

Seems to me the bigger thing is lighting, I think there should be some more ambient light, the bottom is too dark.

The shadow throughout most of the movie is too dark and too sharp, in my opinion. For a similar project that I’m working on, I’ve been using Area Lights to light the scene. The larger the Light, the softer the shadow, or so I’ve found. Another thing you could try would be AO… It seems to make the shadow disappear completly for me, though. (Plus it adds to the render time, by a lot!)

Otherwise, I think you’ve got a good clip though. Have fun with the guns and explosions, they’re always good :yes:

thanks for the reply - i will add a big area light, and try and tweak the shadows. i can blur the shadow in the node setup i have too.

i know i cant ask questions in this part of the forum - but i have over here: http://blenderartists.org/forum/showthread.php?t=102926

are there any other crits that people have, apart for the shadow problem.

EDIT attached are some more images - my node setup, lighting setup etc, which are all in need of crits. some images may not be as useful as others - but i tried to get a fair bit for you guys to go on. 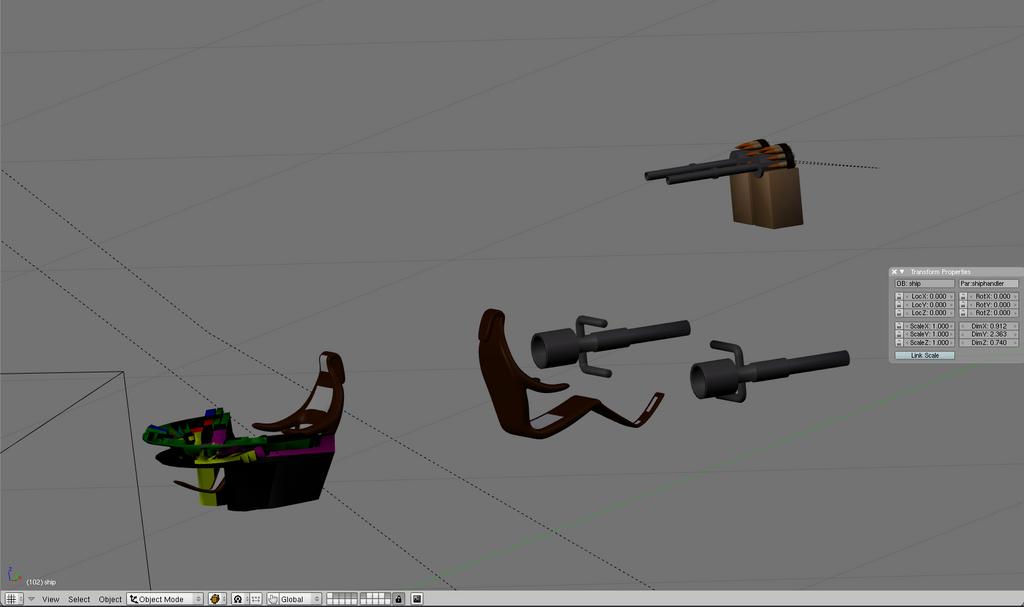 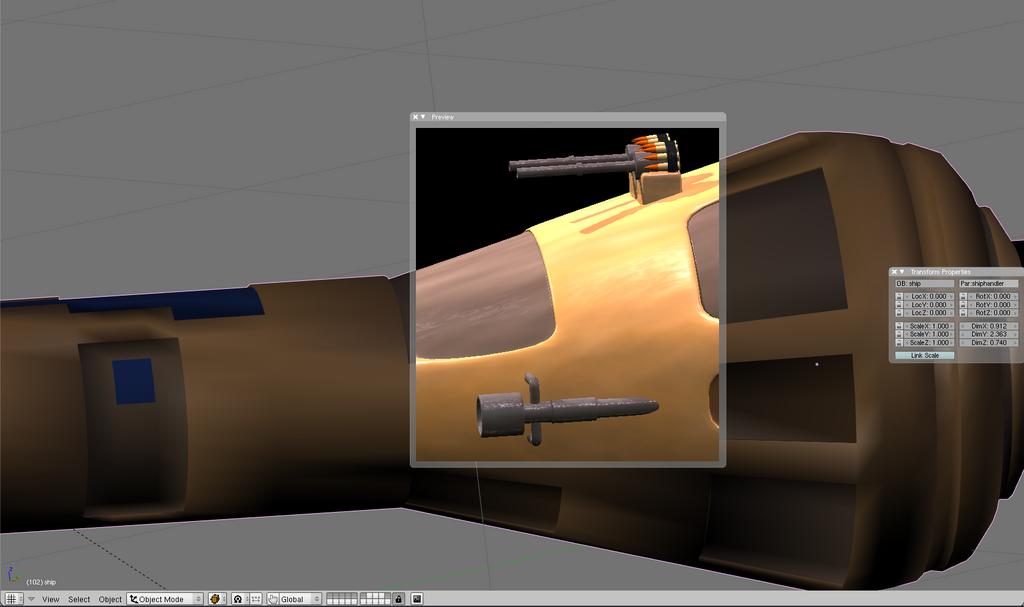 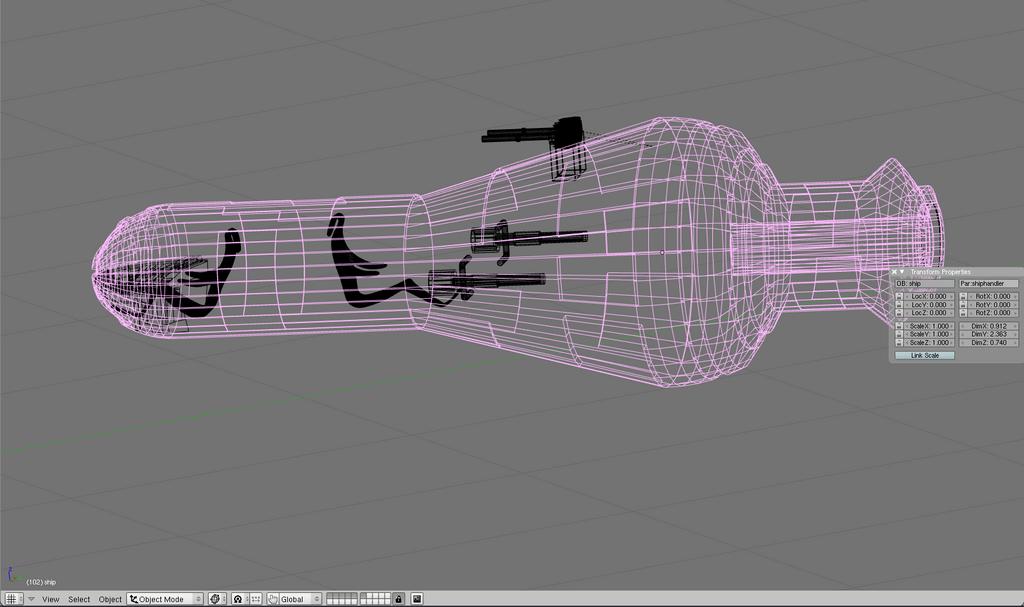 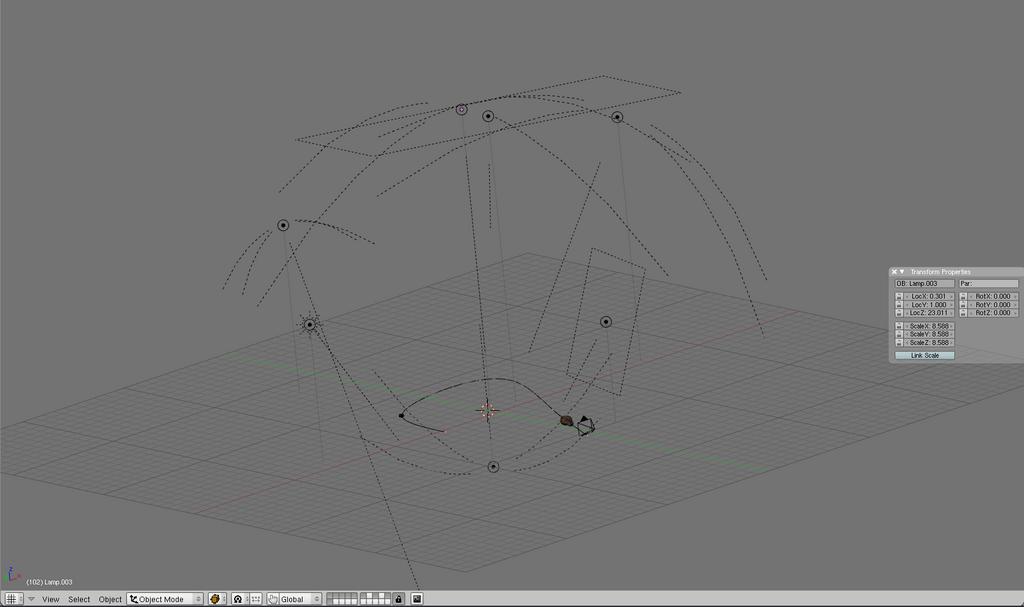 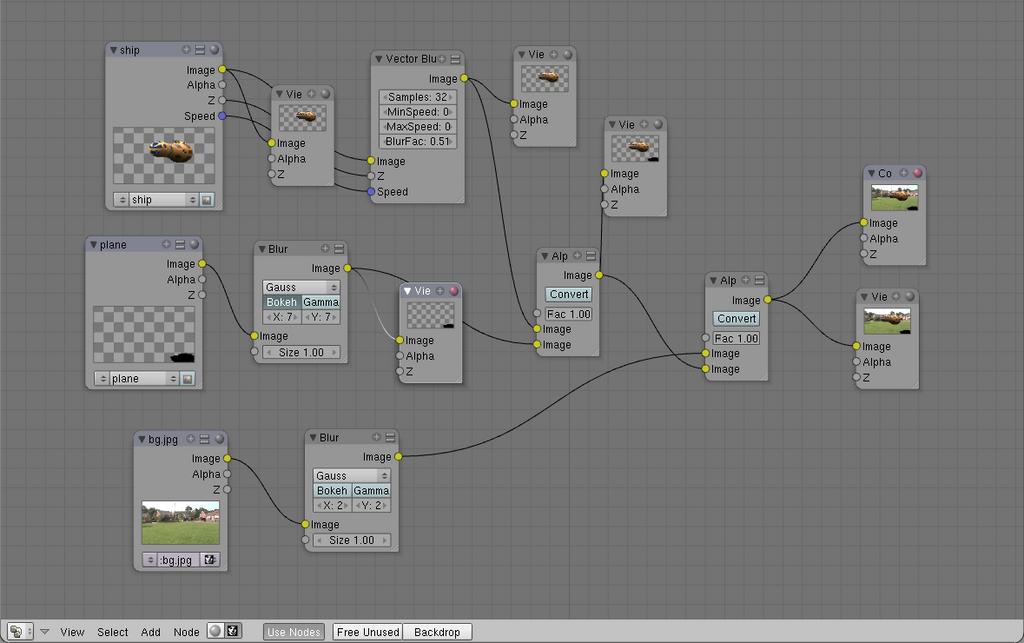 well ive followed some advice on the shadows and here is a still showing the new, more transparent version Well, the shadow issue has been mentioned. It isn’t just that it gets too dark, though. It seems to get lighter the closer the ship is to the ground, which doesn’t make visual sense. The shadow should be darkest and sharpest when the ship is right near the ground, rather than the other way around. I’m not certain how you even made it do that. Naturally, to figure out how dark the shadow should be, just use the shadow of a tree visible on the left for comparison.

Also, the closer you get to the grass, the more of a visible effect it should have on the lighting of the bottom of the ship. You can use a green light underneath the ship to simulate bounce light.

You are compositing a very sharp, vibrantly colored object over a fairly washed out, pale backplate. If you use GIMP, you can do a “colorcube analysis” on your backplate, you will see that none of your channels have any extreme dark tones, and they all have humps right in the middle. A frame near the end in which your space ship takes up a good chunk of the frame, and the shadow is very large, and you can see how different the analysis looks. If you don’t like to be as analytical as a colorcube analysis, just look at the brick in the houses of your backplate. Brick is usually a fairly vibrant red color, but it looks really pale in your image. Nothing in your composite should be much more chromatic than that brick, otherwise it is obviously from a different source.

As for the material on the spaceship… Nothing inherently wrong with it, but I don’t know what you want it to look like, so I can’t offer any suggestions.

i know roughly what your saying though… as for the shadow getting darker, the problem is, i think, the location of my sun lamp that casts the shadows. i will try and work on the colour differences tomorrow and get some renders up

a ‘quick fix’ for the colour problem - i added a hsv and rgb curves node - am i heading in the right direction? I looked in GIMP but couldnt find the ‘colorcube’ you talked about? where is this? is there a tutorial on it, or documentation? 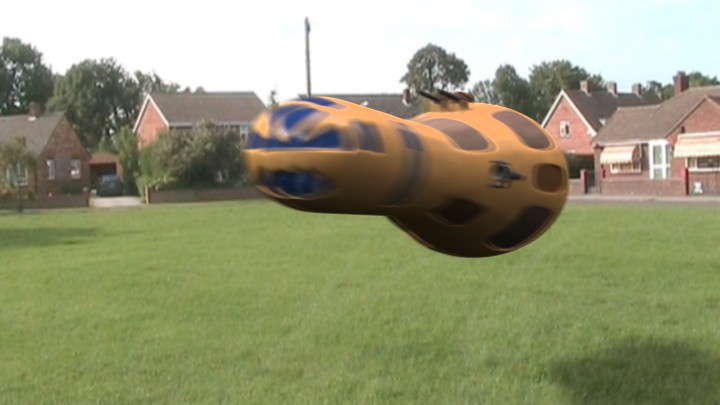