My first project in Blender that im still working on. Im working on the stars and perhaps i will add some space station (MIR style) in the background later.

– SHIP UPDATE2 –
Scrapped the crappy thick lines and fixed the cockpit a bit. Also added a engine on the back (unfourtanly not visible on picture, will add more angles later) and fixed the surface of the ship.

– SHIP UPDATE3 –
Glass reflects a little, its transperant and i added some planets. Stars also added 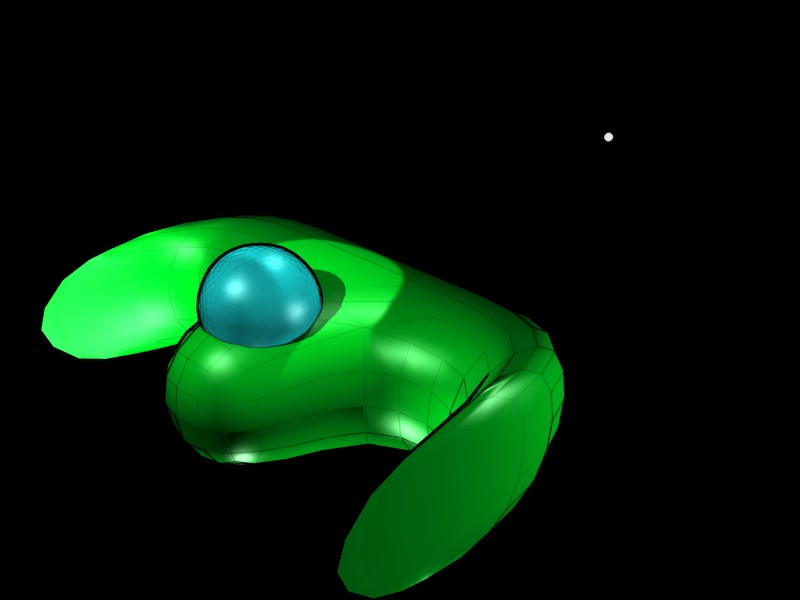 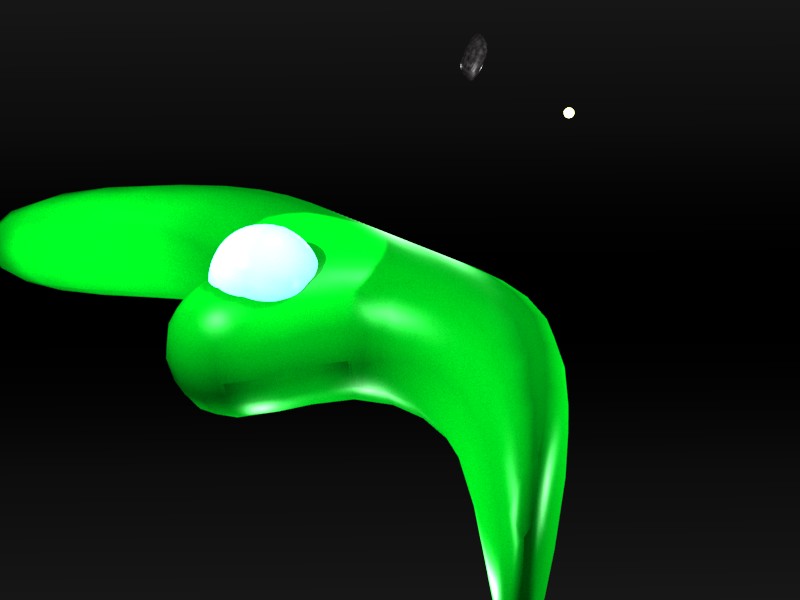 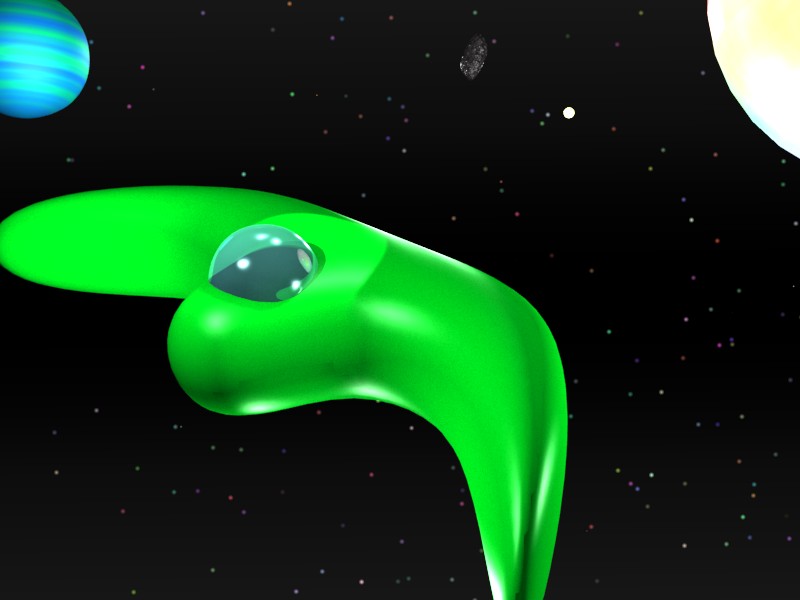 Very cool looking. Reminds me of the X-Box controller. Not sure where the front is?

Perhaps if you spread the ship out a bit more in either direction or move the “wings” up or down it will be less controllerish.

hmm try to subdivide the spaceship, and build some engines so we can se with way the front is, really like the cocpit

remindes me of submarines way cool, never think of a sphere cocpit G

Thanks for your replies

For the ship, it was supposed to be for a topdown shooting game made in another program called “Game Maker”. It didnt go well in the beginning so i scrapped the project, but sticked to the model. Its facing away from the small star in the distant

@Ronson2k3: Lol, i didnt think of the ship as a hand controller, but now when you say it

I’ll see if i can move the wings a little bit so it doesnt look like a upsidedown “W”.

@Hykëp: Subdivide? Do you mean separating the wings and stuff from the body? Well, if i figure out how to do it (and what it is) then i could probably try it

Thanks for comments on the cockpit, ill try to make it transperant ant put a little dude inside

and the engine idea sounds cool, i’ll try that

I think he meant that you could try to add subsurf modifier to your ship. It can be found in Editing/Modifiers/Add modifiers. If you decide to model with subsurfs, try to keep the mesh as simple as possible and try to avoid unnecessary tris.
Also you might want to try to set the mesh smooth by selecting it and hitting Set Smooth in Editing/Link and Materials/.

Are you going to UV-map the ship? It would be a good exercise.

Thats already done, the subsurfing thing - subsurfed and set to smooth. Been there done that

but the UV mapping thing sounds cool, what is it?

With UV mapping you can basically paint on your ship. It is a commonly used technique and once you learn it well, you can make (almost) wonders with it. There’s a nice tutorial at http://en.wikibooks.org/wiki/Blender_3D:_Noob_to_Pro/UV_Map_Basics.

I would dare to say that being able to make good UV maps is as important as making good meshes to paint on.

Before painting it though, be sure that your mesh is ready. If you make changes to it afterwards, you need to paint your maps again.

Hello everyone! I just updated the picture (see first post) and now i’ve made the glass transperant (finally) and i wonder how i would make the seat where the pilot is gonna park his fat a**. I’m gonna fix up the model later and add weapons (maybe i will, because i mostly want it to be an explorer pod) more enginse and if someone knows how, some cool flames at the back (even though those arent visible in space or whatever you people say

no offense, but my first model in blender was better than that. i beleive your results can be acheived by extruding the sides of a cube and putting on a subsurf.
Looks very unnatural.
But besides all that, its good.

I think it looks more than ok for you first model. Mine was definately much suckier…

@Deltaepsylon: Of course it looks unnatural, its his first model ever. xD

tis very nice for a first spaceship, mine was alot worse. two things i want to say though, the green is too bright so dimmen it down abit and practice making some pipes (extruded circles) to detail it up abit. anyway, keep on blending!