Hi, this is a recent project of a spatial station that would be in orbit around Mars.

There is a hallway with some doors of the apartments and the general look of the station:

What do you think about it? 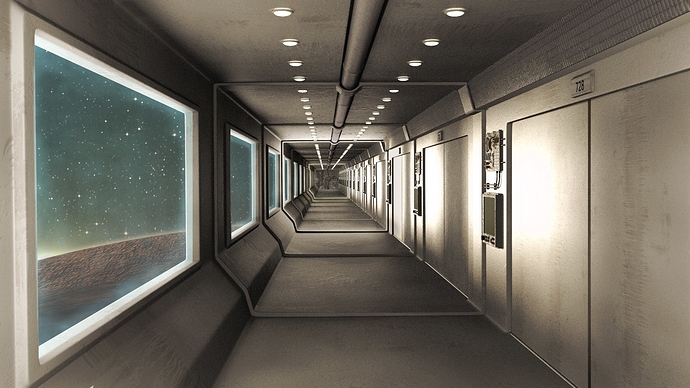 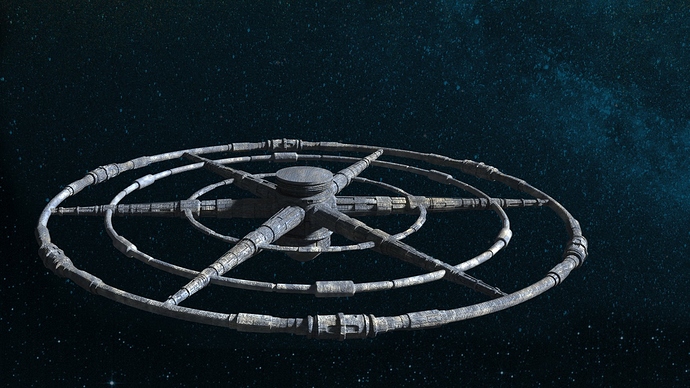 Great job on the ship in space. People don’t realize how hard it is to do this and make it look believable. It looks like you used a array on the interior…Its just a little monochrome. More color would really make this stand out. Great job!

Thank you!
Yes, I used the array modifier, I will search some little things to add to make it less repetitive.

Hmm, I don’t get the impression that the first image is actually inside of the second image. Shouldn’t there be some kind of curve to the hallway? If it is from one of those straight sections I don’t detect the tapering in size?

Thanks for posting, I love space scenes.

Hi, thank you for your comment! When I did the hallway I imagined that the station was huge. At the right of the doors there are rooms that takes the rest of the width of the tube and I thought that there would be several floors.
But now that you say it, yes it should be a little curved anyway and moreover, I forgot to make the windows, that doesn’t help to imagine that the hallway is a part of the second image

Here you can see the part that I wanted to represent in the hallway image (black dots are the windows): 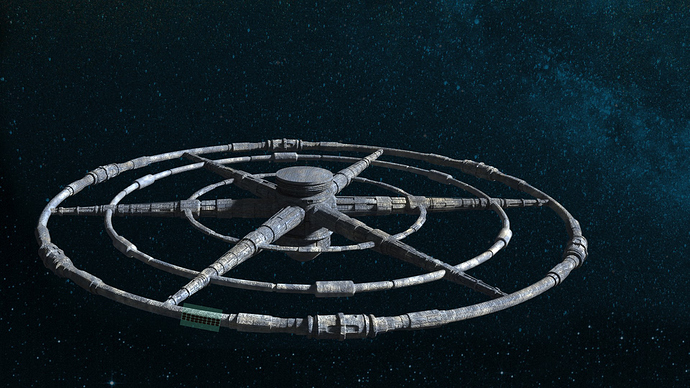