Pretty cool stuff you’ve achieved so far mate. Can’t wait to get my hands on these new functions.

can I call out individual tools from speedflow? Am I locked into speedflows Pie structure? Can I asign the Pie to any key?

If you want to use the addon with pie menu editor or with custom pie menus, you can call the operators.
I did that on my rmb pie menu for example.

I made a tutorial for a 100% Non-Destructive Workflow on Blender that allows you to create different versions of an asset and use them for games (Low/High), Subdivisions or even, use it with bevel shader or Remesh it with Blender or Openvdb addon. 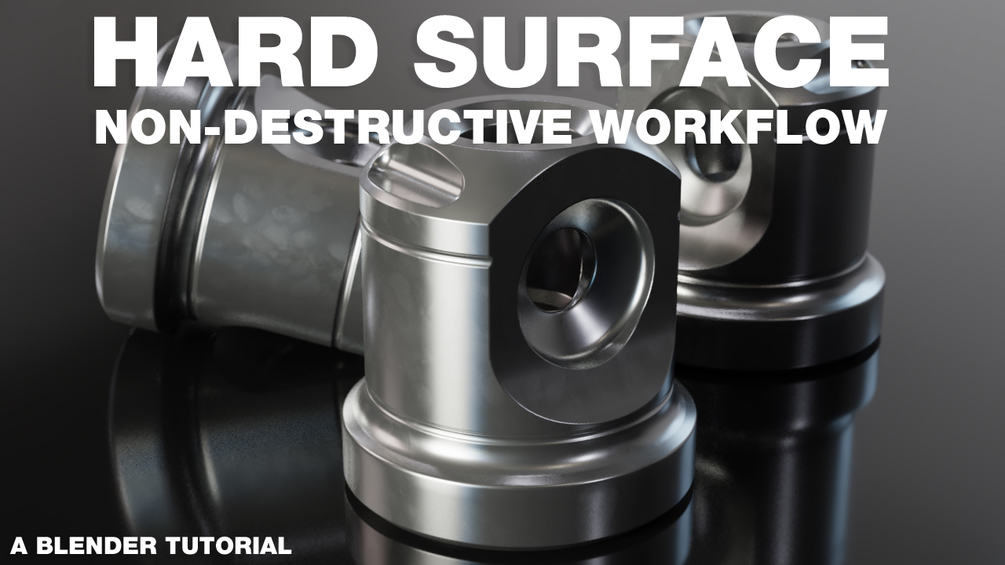 Introduction. In this tutorial, I will show you a really great workflow to make assets for Games (low/High), for Subdivisions and how to make High Rez model to use it for render or for baking. The model will be 100% editable, like that you will be...

I just had a polygasm!

I wish Blender could come up with a way to speed booleans editing. It seems Fusion 360 handles them pretty fast while looking very smooth.

I think what you mean its done with the Array not the curve itself.

In the array modal, you can choose start and end objects

pitiwazou, thankyou for the great non-destructive workflow tutorial on gumroad. Is this a series? Are there going to be more?

I’ll try yes, with mode complete assets.
This one is to learn the basics.

Hey man I was wondering if it would be possible to have an option where you can simply use Shift-Wheel or Ctrl-wheel instead of Up/Down / Left/Right. Its the only thing I find that kind of breaks the flow having to move your hand away to reach those arrow keys. I was gonna change them to be QWES but they interfere with some other stuff so I thought that would be a good solution and pretty fast too.

You can use < and > to switch between modifiers.
Up and down are less used.

Not sure I understand what you mean. I can select a different bevel by using left/right or reorder modifiers with up/down. I use both but I have to move one of my hands away in order to reach the arrow keys. So the Shift/Ctrl Wheel would feel much more intuitive.

<> on the keyboard will switch between modifiers.
The wheel is used for ther mouse option, so we cannot use it.

Those <> keys don’t work for me only left/right arrows. But in any case is pretty much the same. By the way while holding shift or ctrl and moving the wheel up/down it doesn’t have any function.

Yes it does in mouse mode.
And how I do that wheel function on my pen ?

I’ll try to find something.

Good point I didn’t know you worked with your pen. I was actually using it in Tablet mode. Thanks for considering it.

No entirely sure what the difference is regarding Booleans operations but Blender current Boolean system is almost unusable unless you do pretty simple stuff.