Spongebob WIP - How to cap 4 verts in edit mode?

Can anyone help me with how I can select the 4 verts and add a cap so I can further subdivide so I can extrude the upper arm? 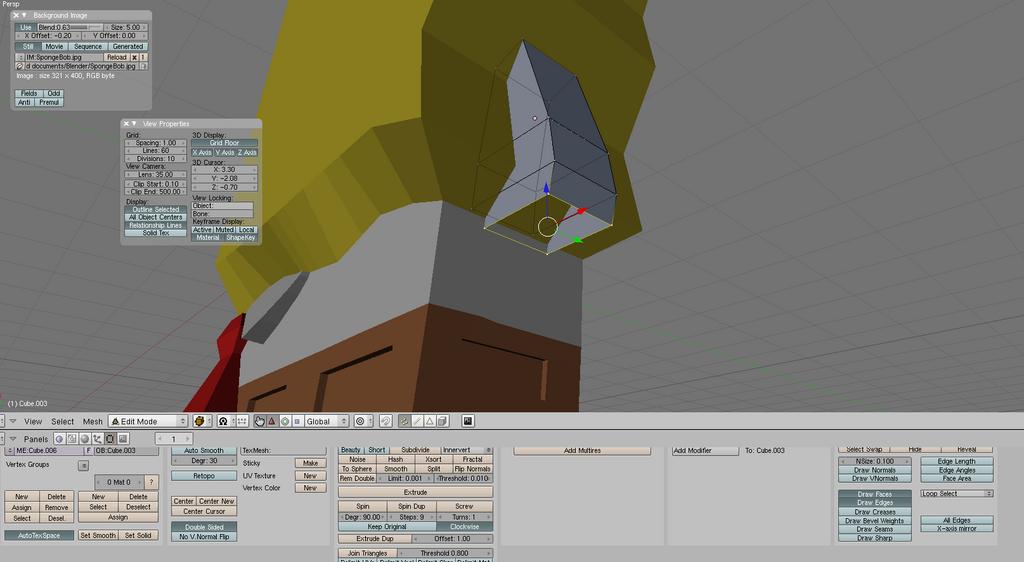 You’ve already selected them, so just press F to create a face.

I’m having issues trying to make 2 loop cuts to continue from the arm up to the sleeve and continue right around, so I can achieve nice mesh smoothing.

But instead the loop cuts/edges are forcing themselves into the corners?
Which is strange because it wasn’t doing this further down the arm.

First pic - Is what I have to begin with.
Second pic - Is after the loop cut and the edges forcing themselves into the corner
Third pic- Is what I’d like the mesh to look like.

Any help would be grand, 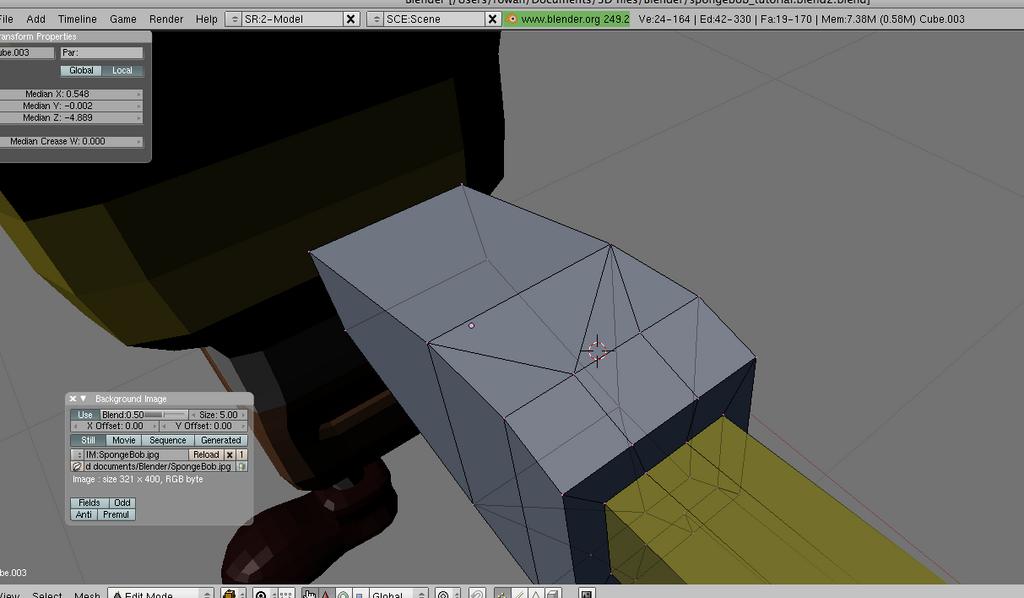 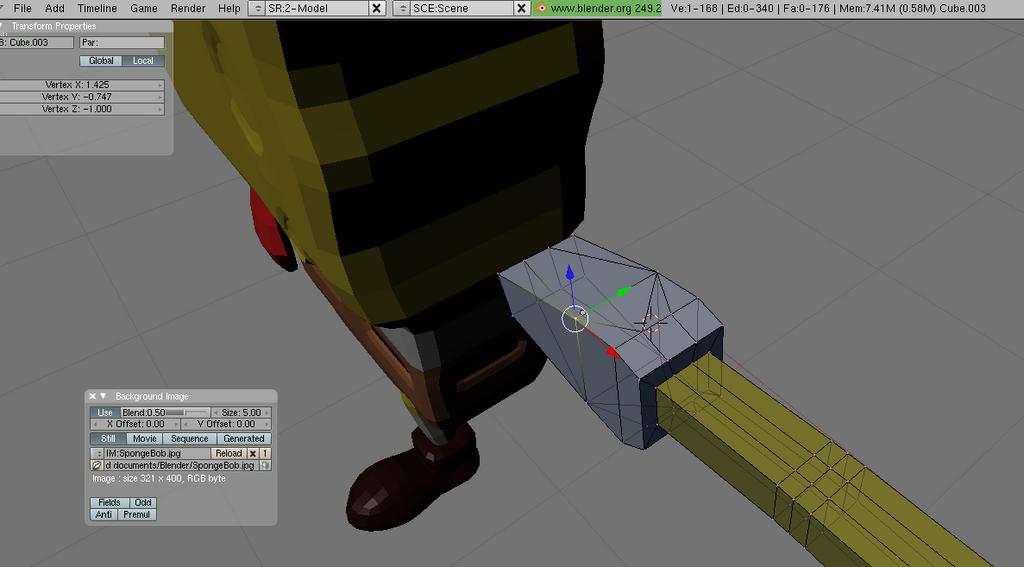 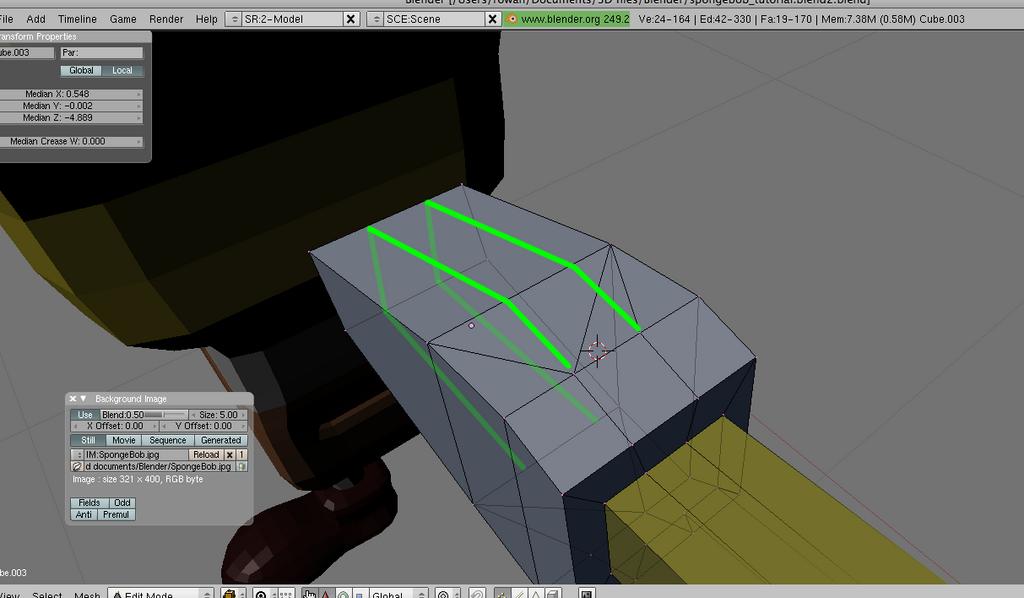 You’ve got triangles, so you don’t have well-defined loops to cut. Use the knife tool to cut the edges in the appropriate places and rebuild it manually.

Thanks for all your help rawpigeon. I making lots of progress with your help.

Can you help with mirroring objects?

I haven’t quite grasped exactly how it works and effects each object.
In another unnamed program I could duplicate it across independently and by just doing a special duplicate, but i’m having trouble figuring it out in blender.

Each time I add a mirror modifier to the arm it mirrors it across the z axis where I need it to go but I can’t make it a separate piece of mesh.

Is there a way I can add the mirror modifier to the arms and then break the new 2 pieces apart?

Also when I try to apply the mirror modifier to the arm it says Error: Modifiers cannot be added to multi-user data?

Thanks for all your tips. 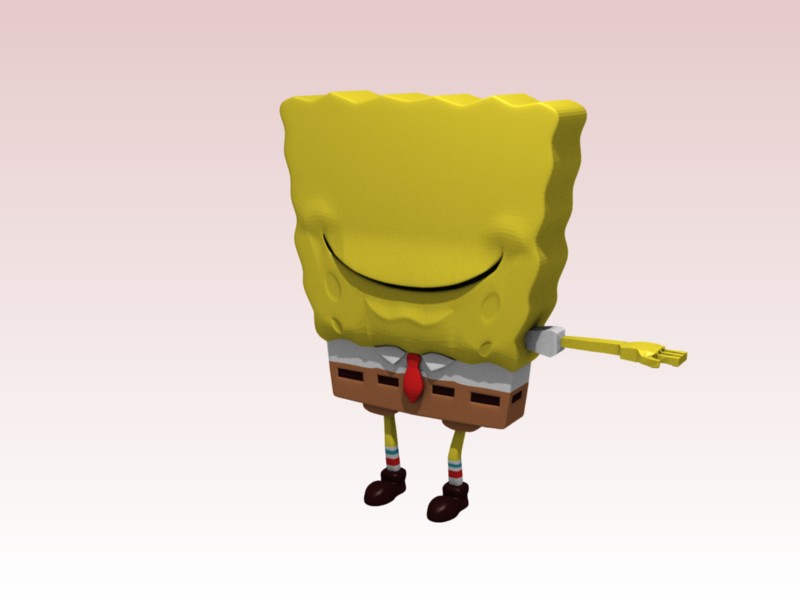 Yes you can, apply the mirror modifier, select all the faces of one arm with a border selection. Then hit the P key to separate.

Thanks tids, worked a treat.

Theres a few final touches I want to add to spongebob.

What would be an effective way of painting some freckles on his cheeks without having to unwrap all of the mesh?

Are there any tools in blender I could paint directly into the model? 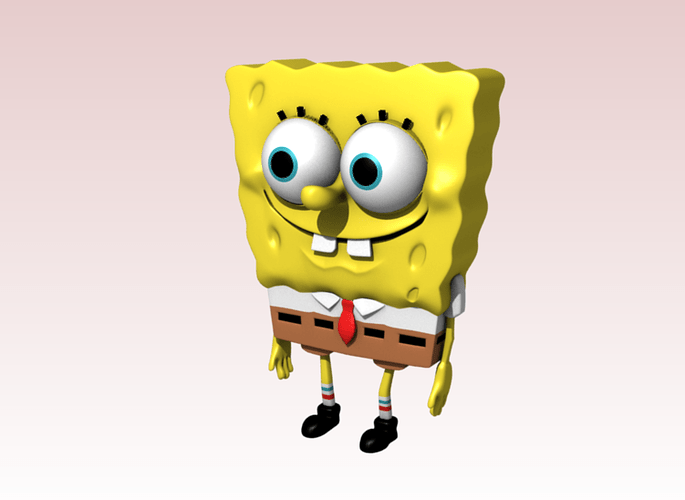 Though I do not recommend this method. Don’t be scared of uv-unwrapping, I was and I fumbled for other solutions, then tried it and realized a whole new world.

Thanks 3dementia. I’ll just brave it and start on the uv unwrapping tutorials.