I didn’t get into star trek until I watched TNG, and I didn’t watch that until I was in my late teens. I’ve not fully gone so far as to say I am a trekie, because that somewhat implies that I like all of star trek’s material. I have quite the fascination with the politics and philosophy experimented with in TNG, but the iconography was just begging for me to experiment with, and I can never resist a promising idea. That is pretty easy to do with a curve modifier. I’ll see what I can do. 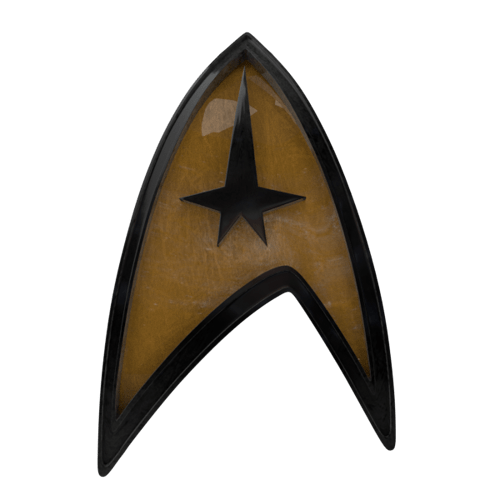 Here is the logo bending. I think it does add interesting shadows that really help. Thank you for this suggestion.