I am new to blender and need help using it to create renders for backdrops in a Star Trek game under development. We could also us artist contributing directly to the project.

Star Trek Supremacy, a fan developed project, is a 4x game much like the game called Birth of the Federation. It is an international project, freeware and free of income in order to avoid conflict with CBS Paramount’s Star Trek brand. CBS Paramount is aware of our work and is allowing us to offer a multiplayer demo in the vender area of the Las Vegas Star Trek Convention in August. We will also have a panel discussion at the convention about fan game development. You are invited to attend and take part in the panel especially if you can contribute in a discussion of blender and programs like it contributing to projects like Star Trek Supremacy.

I have used blender to build models for the game. We still need help building star ship models but right now I am trying to complete ten rendered images for us in the game. We hope they can be included in the update for the Las Vegas demo. These images will be 2560 x 1600 and used as a background to Diplomacy and Intelligence UI windows. Each of the five playable races, (Federation, Klingon, Romulan, Cardassian and Dominion,) will have these window backgrounds. Currently I am working on the Romulan Intelligence image based on the Tal Shiar secret service of the Romulan Empire. We have had the professional comic book and game artist known as Slim contributing layout drawings for these images. Slim has worked on games like Star Trek Online. Slim’s drawing for the Tal Shiar is seen below. I have begun to design a model to render this image. So far all I have had the time to do is the back wall of this interior view of the Tal Shiar headquarters. We are all part time workers here.

The specific needs I have are:

If you are interested in taking part directly in the project our forum can be found here:
http://www.botf2.star-trek-games.com/
Once registered at this site so you can post and or send a private message to me, Kenneth_of_Borg. We can fill you in on the rest of the detail. 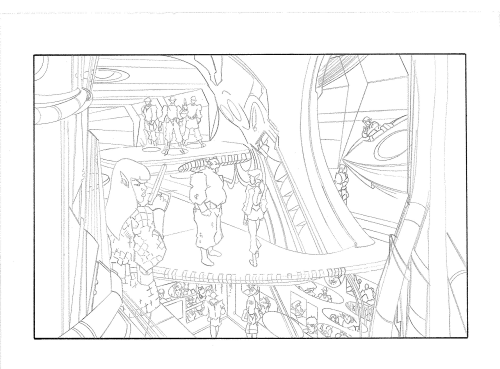 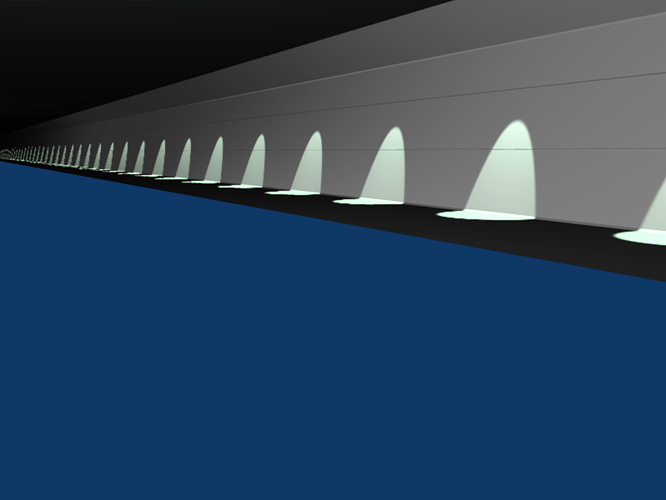 Welcome on Board! There was another user interested in humaniod meshes earlier. Hold on - I’ll go look for the thread.

You may wish to go thru this thread.

Thanks kbot,
That looks like a vein of gold.

So I have some humanoid figures in .blend but do not know how to open a blender file in an already open blender project. I know how to import a different file type like .3ds but moving the files from format to format seams to lose parts and information. :eek::eek: 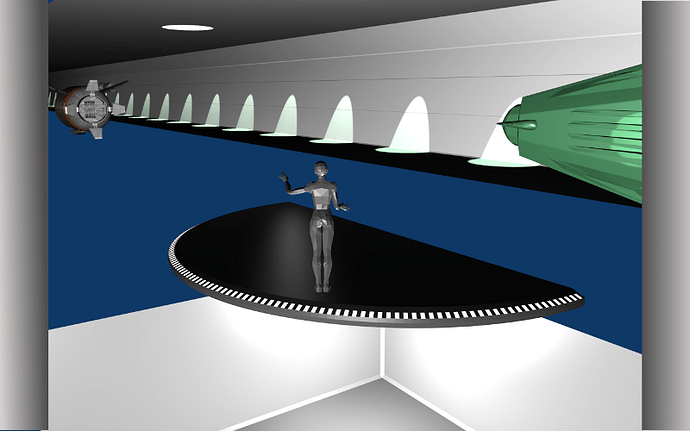 That would be Shift-F1, browse for the object you need, click a button, viola!
wiki.blender.org btw, great stuff there!

Thanks Camaxtli. It looks like you then have to re-assign mesh parts to the bones. Is there some way to bring that information along to save the time of rigging? I would guess the game engine can do that otherwise no body moves.

I also want to add a mist in the room. There is this video on making smoke

but I can not find the smoke bottom box he is talking about.
It appears to work with the Domain / boundary box but after that
I do not know where to look.

General Mist for a scene can be found under Materials - World -

One real early tutorial that briefly went over mist was here…

About Blender Blender is the open source software for 3D modeling, animation, rendering, post-production, interactive creation and playback. Available for all major operating systems under the GNU Public License. You can download Blender free of...

but you could use Make-Human and the customize…

Thanks. That helps a lot. I have to look into that Mist under the World Button. I want a mist that fills the space within my model appearing thicker the farther away an object is.

I think it may need particles inside the field of view.

I have to create some wires looping around in the render. Using a lattice or curve to do that seams clear but when I try to loop a cylinder into a smooth 45 to 90 turn it gets a distorted cross section. Is there an easier way to build it up from a circle or is there anther tool where I do not deform the cylinder’s round cross section?

So how can I make this image texture of Mr. Spock’s head look like a hologram in this render? (lower part of the image on the green background.) I have an image of his face that is transparent around his head. I tried a .png and a .psd file. The texture is on a simple square mesh plane. I have the Draw Alpha button turned on in the UV map window and you see the transparent area there. You see the transparent in the Preview subpanel of Texture button as well. The Map Input subpanel is set to UV. If I leave the Alpha (A) slider at 1 in the Material panel you see the gray square material around his head. If you take the slider to 0 you see almost nothing.

How do I see his head from the texture while seeing through the transparent material and transparent area of the image texture? I tried to upload the blend file but the upload fails. 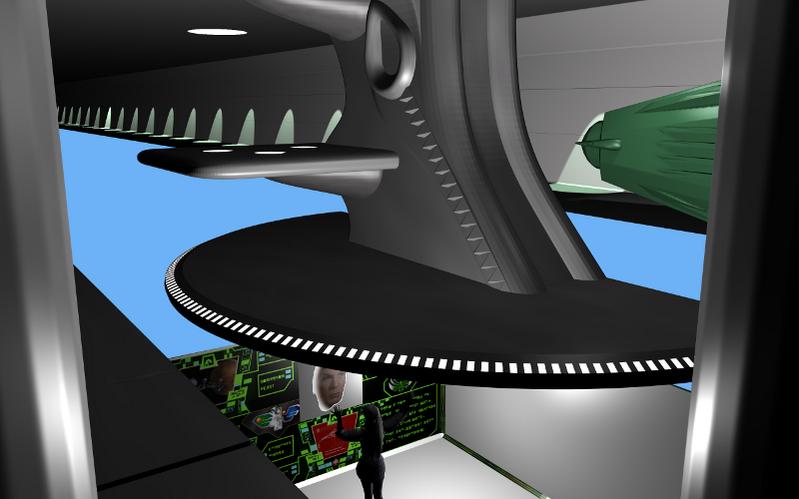 The answer is that you can not have a transparent material and transparent areas in an image texture to see through both. Here I only need a single final render so I can add the image of Spock’s head with some transparency after the render and using GIMP.

I had everything except could not find the “mix” button. Is that blender 2.49b?

Well it’s probably already automatically enabled then, because it’s enabled by default. It should work.

I dunno, could I see all your material settings or something?

Thanks. I did get it to work. It may have been messed up by also adding texture in the texture subpanel.

To answer my own question from above about mist:
One way to get the look is to use the spot lamps and then check halo in Shadow and Spot settings for the lamp. Play with some of the other setting like Haloint and it looks foggy.

I am experimenting with transporter cgi 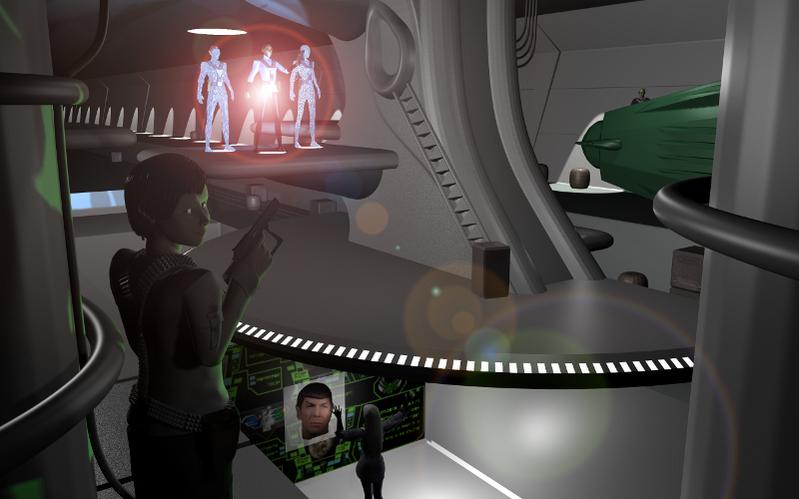 Some more progress on the Tal Shiar 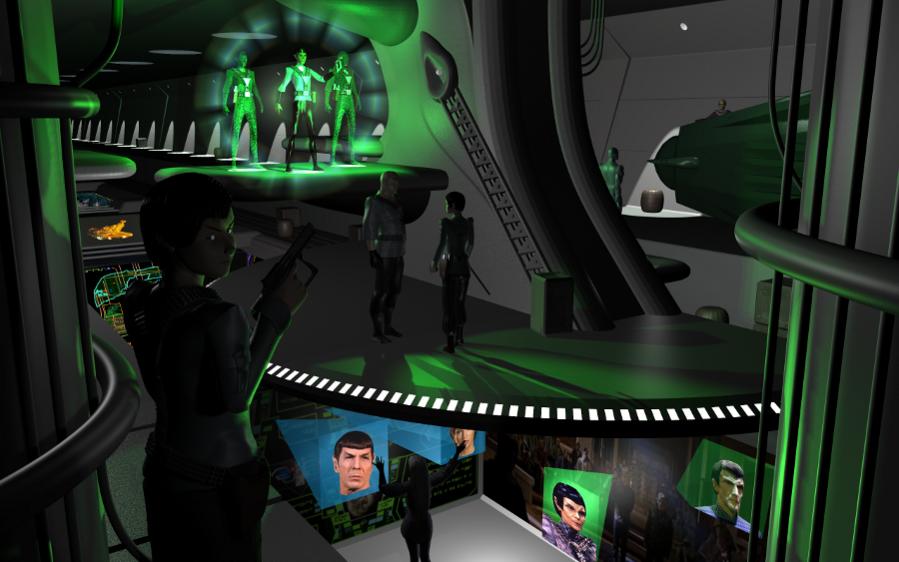