Starfighter: What am I even doing?!

So yeah, I just went back through my big folder of renders, and when comparing them to many of the others I’ve seen on this website I realized… THEY LOOK LIKE CRAP!

Obviously I need to step up my game, but it’s impossible to find any good tutorials on the internet for free, (I’m a broke college student). I feel like I’m trying to run up a big pile of bowling balls. Every time I think I’m making progress, I end up realizing that the ground beneath me has just given out, and I’m no closer to the top than when I started.

Granted, looking back, I can see that I’ve come a long way, but it seems that everything I attempt ends up running into so many problems that it isn’t satisfying to complete.

Okay, here’s what I’m working on, and right off the bat, I’ll bet one of you pros out there is gonna find something wrong with my workflow, or whatever.

Just a little help/input is all I ask. Alright, so I trashed that piece of crap and came up with this today. I’m actually pretty satisfied with it so far. I’d love to know what you guys think: Your work does not look like crap lol, I really like the last two renders. I did notice that the rockets on the wings look a bit flat, this might just be me (or the lighting) but I thought id mention it. I think it would look good if you add more of those small creases that you already added on the basis and the cockpit.

rockets/missiles look like they are floating, I’d suggest modeling some kind of attachment/release mechanism for each.

That’s really the only critique I have, looks pretty sold. I can imagine some fun airfoil effects happening in an atmospheric flight animation with this design, even if that isn’t what your going for it looks nice.

This is only conjecture on my part but it might integrate and solidify the design a bit if you used some of the emptyish space directly behind and around the cockpit and integrated/defined it more with the cockpit. i.e. let the pilot see more then parallel to front of the ship on the top and sides, a method for the pilot to enter and exit, perhaps a small 360 turret for emergency (attaching mines?) use and defense of the cockpit. again only idea’s I had, take what you want from it do what you like.

I didn’t like the first one very much, second one looks better, but I’d say play with the env, drop the drab grey bg for a much lighter grey -> white gradient, get a better light set up, and turn on some ao.

I say screw the rockets (missiles), work on your greebles more, I think you’re wing like things are in a odd position, bring them closer to the actual wings, and have them at a more horizontal orientation. Good work though. those are my comments/crits

Thanks for the comments everyone. I just finished a high-resolution render for my desktop wallpaper, and I’m probably done with it for the time being. I can’t really find the time to texture it properly, so I just used material indexes rather than UV unwrapping and all that stuff. The background in the second one looks a little choppy… guess I’ll have to learn how to fix that some other time. Anyway, thanks. I may or may not get rid of the missiles, but I moved them to another layer, and the wings just looked really bland without them, so I kept them, but I’ve considered putting gauss turrets on them.

The images are big. Sorry. 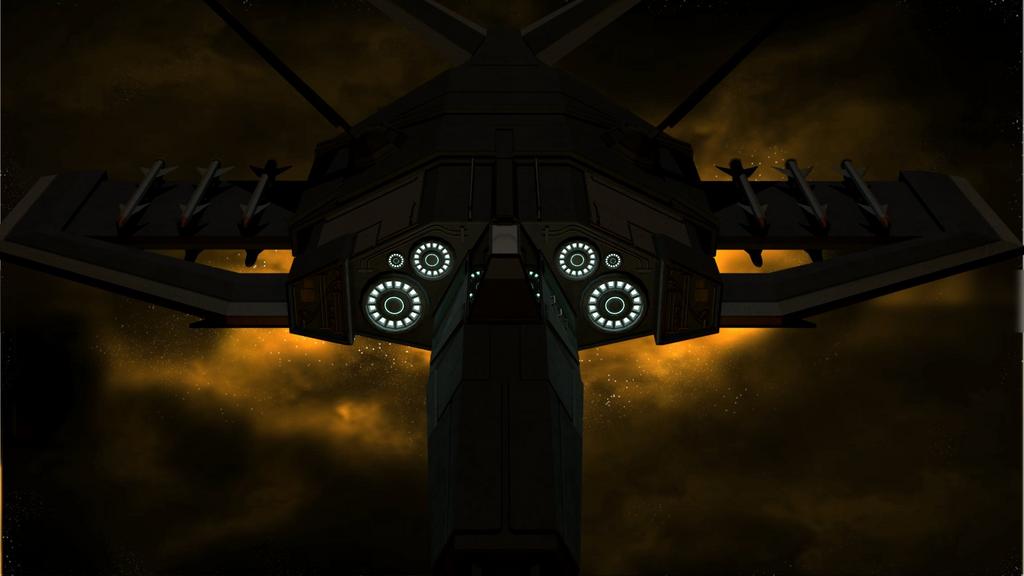 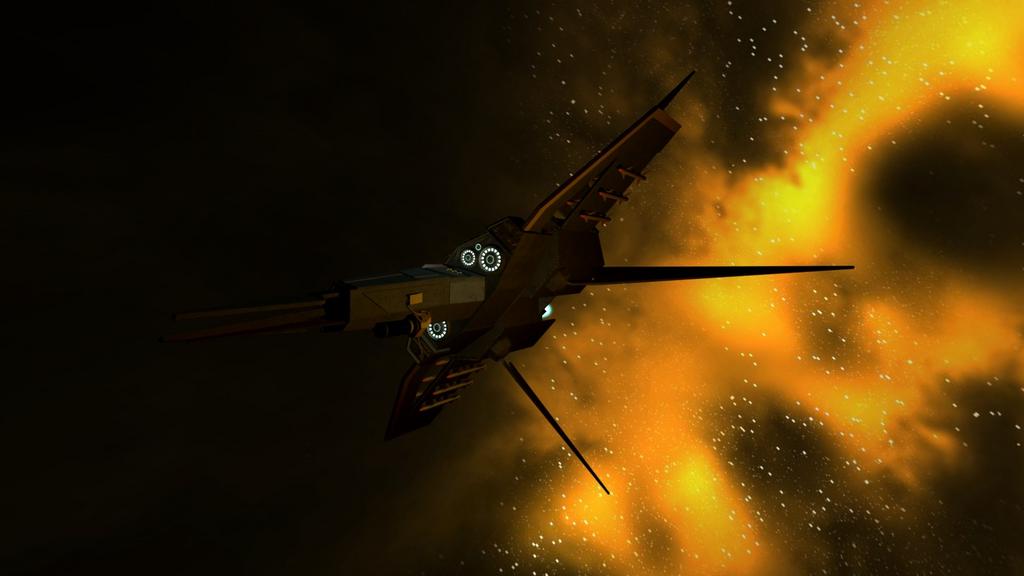 Duplicated and added noseart that some of my Facebook friends submitted. 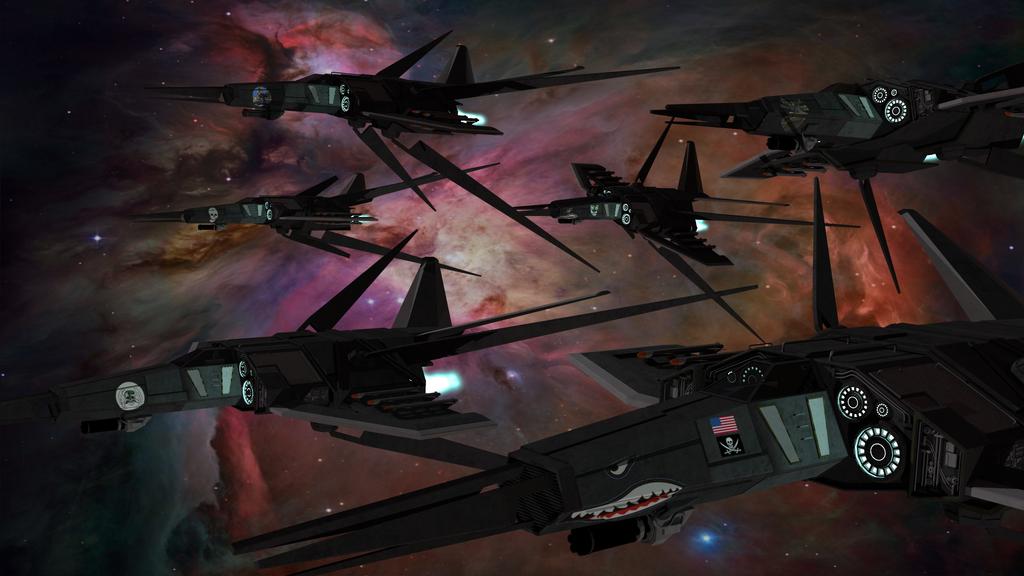