Wow, it’s been a long time since I visited BA for the last time :spin:

Anyway, I’ve started a new little project which is the ring transportation system from Stargate. Basically it’s 5 rings jumping up from the ground, beaming you somewhere else and disappearing into the ground again.

The modelling is done, but I encountered some problems with texturing, lighting and the node editor. Let’s just work them off one by one

Texture: I looked for a seamless texture and found one here (Played a bit with the contrast though) However, no matter what mapping method I try, I always end up having the texture extremely distorted on the outside of the ring. I tried “Use reflection Vector as texture coördinates” and it seemed to work, but I have NO idea why

Still, if anyone could explain / help me on this, I’d be gratefull so I know it next time

Lighting: I think the model looks nice so far. With Ambient Occlusion. Even a little bit realistic. However, as soon as I add lamps the render jumps back into the stone age, immediately recognisable as ‘fake’, and… well it just looks shit

Why?? I’m sure there is a way to make renders look nice without AO ^^

Also, in the reference image you can see the blue ´pads´ glowing. I applied glow, but it still looks… Fake

In the reference it looks like a sort of lamp behind a glass plate, how can you copy this in 3d?

Node Editor: At last the node editor. I followed this tutorial to add the glow. However, using the node editor in this setup seems to darken my entire render. White background turns grey, and the ring gets darker too. What’s happening?

SOLVED SOLVED SOLVED (Turned out the Add node was set at 0.50 instead of 1.00 I noticed it but didn’t think anything of it cause I thought it was normal :P)

That was, I realise, quite a list, but I really hope you can help me out here. Thanks in advance! 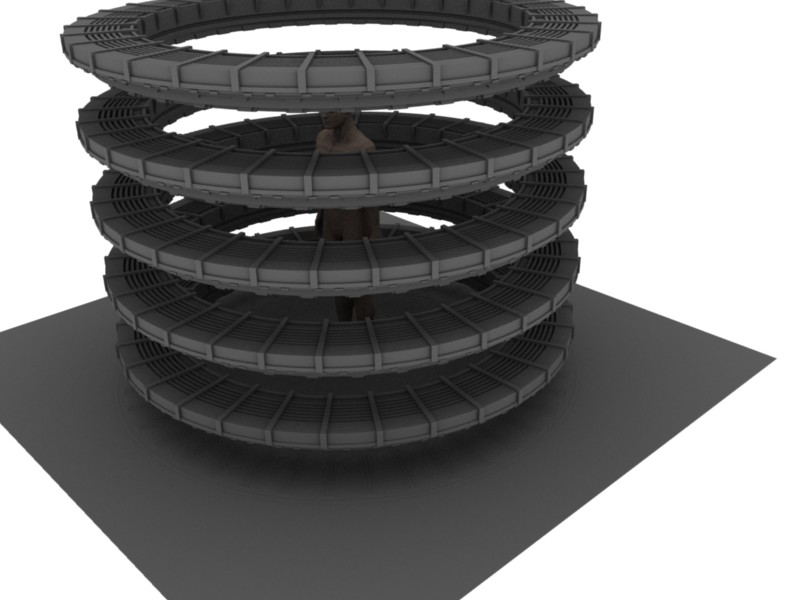 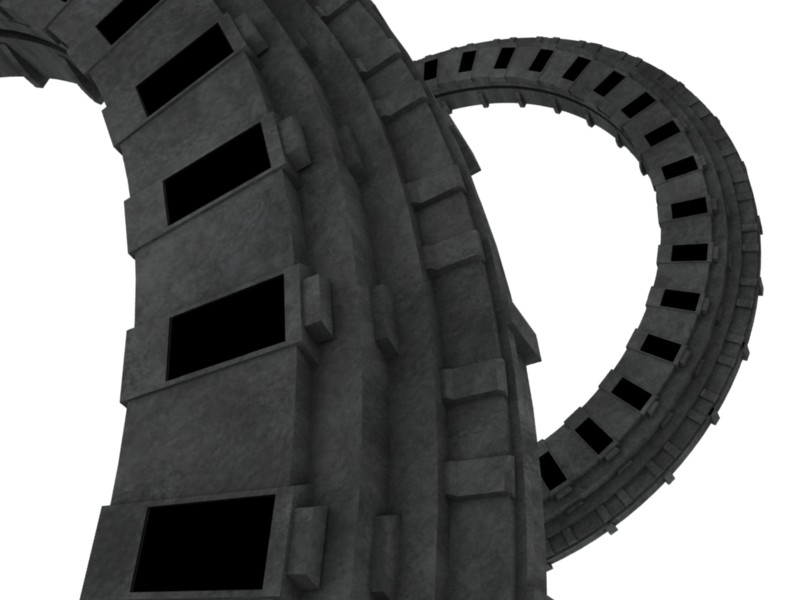 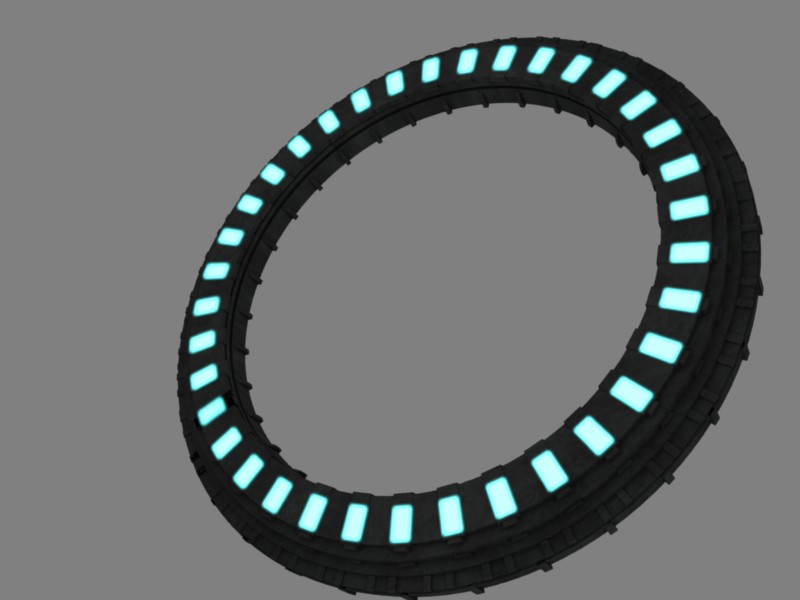 for the blue pad

that should show a lot better then the pic you have

are you doing ananimation with this or jsut a still?

In the end it’s going to be an animation, once everything has been taken care of

I’m not sure why you’d use a spot light with a small volumetric effect though, I see nothing like that in my reference?

but try it and shown us what happen

Trying the halo stuff, but I’m having some trouble with it not showing up in the render

Got to do something with the node / layer setup I think, will figure it out

I was under the impression that the lights came from above the pads & the floor, not the pads themselves. Most pads don’t have much blue light on them.

For the texture I’d say just make a material that’s dark grey with a cloud applied to it.

For the texture I’d say just make a material that’s dark grey with a cloud applied to it.

I don’t want to be rude, but have you actually read what I wrote? If you had, you would have seen my problem was not the texture itself, but the mapping of the texture

clouds don’t seem to distort when I apply them to a cylinder with orco or object mapping. Any other type of mapping they seem to distort. Unwrapping causes them to look funny too, unless you manually unwrap everything.

clouds don’t seem to distort when I apply them to a cylinder with orco or object mapping. Any other type of mapping they seem to distort. Unwrapping causes them to look funny too, unless you manually unwrap everything.

In that case, you’re right, the clouds don’t seem to distort. I guess I’ll have to work with them then.
(Also, I managed to get rid of the distortion on the sides by setting SizeY to 0.08, but then the top was distorted :spin: :P)

I’m thinking you could solve this by unwrapping the model & projection painting. I’ve done that to solve simular issues (plus for games you need everything unwrapped anyway).