A side project to create a background for a 3D scene. Used Cycles to decorate three stacked planes, using only Emission and Transparency shaders in the materials for each sheet, and one camera. Lots of perturbing of coordinates. Was aiming for a starry nebula-loaded astronomy look, with enough complexity, detail and subtleties of color though mostly blues and purples. Got it.

Is for background use, not close-up inspection. 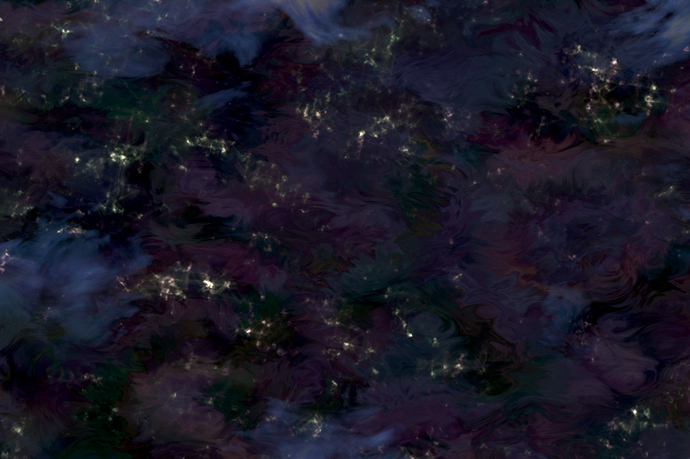 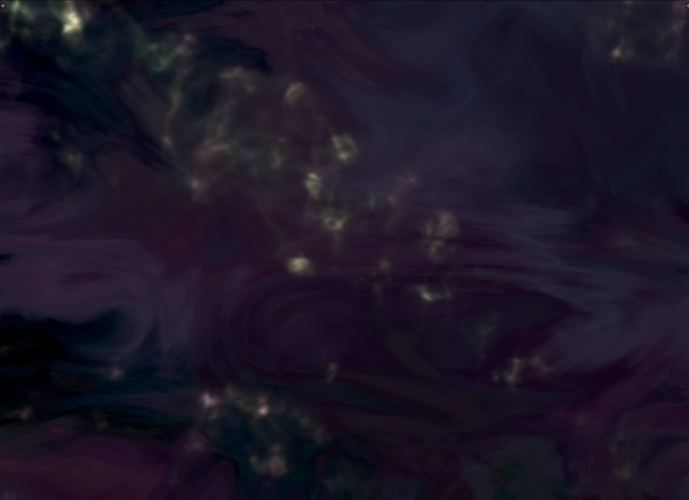 The stars are made from four Noise textures, each taking Generated texture coordinates scaled out drastically in different directions, then multiplied together. The coordinates fed to the noise generators are fed independently random perturbations from four more Noise nodes. Before I added these perturbers, the stars arranged themselves in linear patterns: 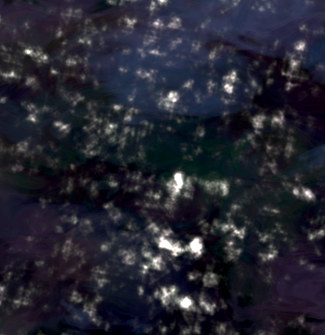 That is pretty too. In either case, the stars are multiplied by two more Noise signals on a longer scale, so the stars would appear to clump and have sparse regions. There are color ramps and math nodes and stuff to fine tune everything.

The stars pattern is fed to an Emission shader, which is added to a Tranparent shader, so the plane, first on the stack, lets us see the nebula textures. Those are Noise nodes with coordinates perturbed by Noise nodes, again, but with Color Ramps and some wild cross-connections between nodes to put detail in the clouds. The second plane in the stack is blue clouds, and the third is mostly pink but somewhat multicolored.

A thought: put all the nodes in a group, name it, and define several parameters. That might be helpful for other artists. But the topology is complex, with dozens of parameters tweaked just right, I don’t know what user-adjustable parameters I might define.

I’ve put the finished render on DeviantArt to show it off. http://fav.me/d7z99kd

It was really amazing to seen these. This is very beautiful picture.The stars pattern is fed to an Emission shader. I have really impressed to your graphics. Thank you for sharing this.