Well guys, I’m doing a low poly beach scene but I don’t want to get in too deep, and find out that everyone hates it :no: Sooo, I’m uploading it here, right now… This way, I can learn from your critiques now, and make a public worthy product…

And yes the lights are off, this took an hour or two (yes, I’m a slow worker) to get this far, and a minute or two to get my lights 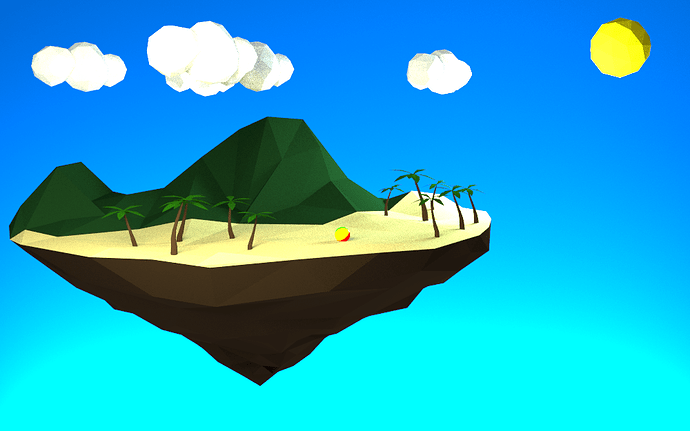 It’s not much… Yet! So help me form it into something worth looking at!

Why Thank you so much!

There’s a lot wrong with the scene… However, I just started so, I have a good excuse XP

Thanks on the sig…

I’m always glad to find people who are believers!

well i would say that this image is too colorful. all the colors are really saturated.

it looks pretty dry, how about a little waterfall 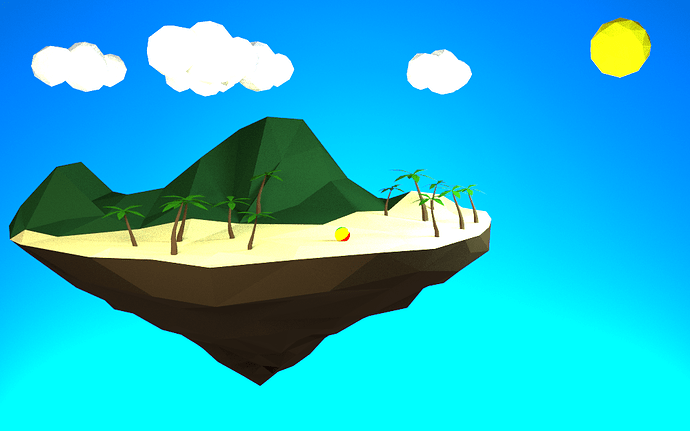 Here’s an update before the critique… Sorry, I already had this three and a half hour render in progress…

Um, I will do both of your ideas asap, but in the meantime, consider this

I switched it to Blender Internal… I think I’ll get better renders via BI, and much faster ones as well 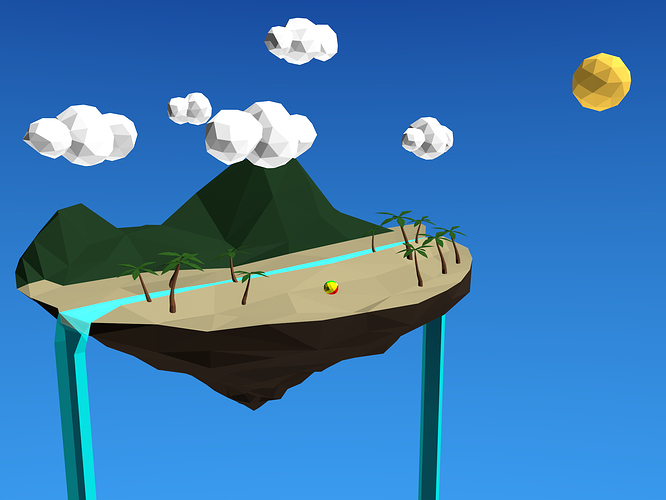 Let me know if you think it’s improved, and what else I need to add

@@_hris BTW, I tried to take away the saturation, and it looked like a very depressing scene 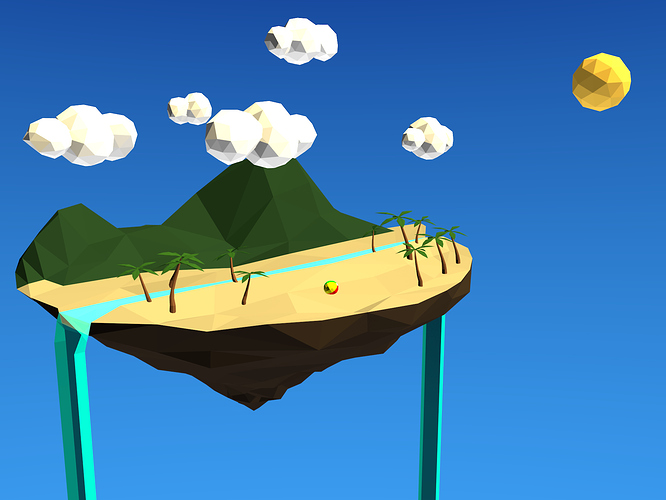 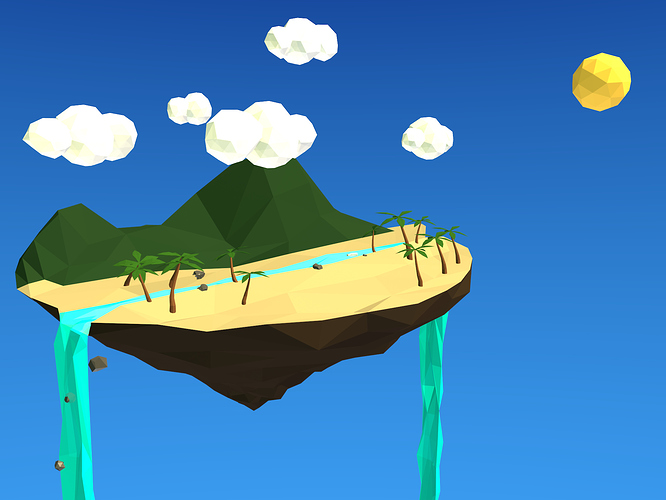 How do you like it? If you don’t have any more critiques, it’s finished…

So hurry up! Critique it!

Cool work! Where did the beach ball go? That and an umbrella might just top this scene of

I agree about the beach ball and umbrella, but otherwise great! You have inspired me, I will have to try my hand at low poly now.

@@NID_Graphics Aw, thanks! And my beach ball died

No, I deleted it, and replaced it wath a floating bottle with a massage in it, found in the stream

@@ShadowCamero I’m glad I could inspire you!

I love low poly! (check out my low poly campfire scene in my sketchbook) Buuut I do have a couple things to say. Good: I like the gradient background in the latest image much more than the first. The waterfalls look great now that there’s some “ripple” to them. Also, I personally think the cloud shading looked best in post #7 - just my opinion. Bad: If that yellow sphere in the upper right is supposed to be the sun, then it shouldn’t have a shadow. Confused: I can’t really explain it, but the bottom right corner is empty and is throwing me off - I don’t know why. Just my two cents.

All very good points! However, unfortunately, this project has been finished

So many people hate low-poly work, but I love it.

So many people hate low-poly work, but I love it.

That whats count, not the number of polygons.

Well, in low poly art, the amount of poly is what counts, perhaps just as much as the looks