Before, check out this video:
https://www.youtube.com/watch?v=f2Fd6dAXIoc

1.How to create static animation such as this car? some tutorials?
2. How to add dynamic reflections to static renderings?
(In the description: “We provide filmed domes that you can add as environment to your 3d scenes.”)
How do i do it?

For both of these, there are lots of tutorials available once you know the right terms to search for.

For a tutorial on turntable animation try THIS
I know it is for 2.7* but should be able to get it to work fine in 2.8.

In 2.8 and get your reflections, assign the materials accordingly and I would always use HDRI lighting. and make sure to select screenspace reflections 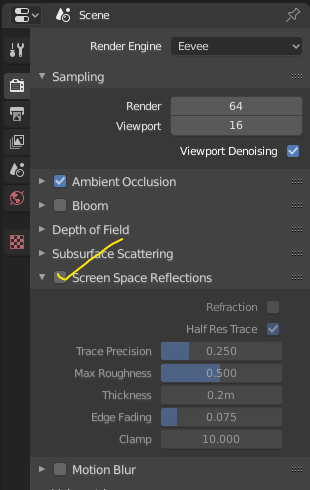 almost forgot…I think you could use the turntable functions on the wheels but keyframe them to rotate 360 2-3 or four times in the turntable animation frames ( for that look of speed )!

But getting the filmed HDRI? $$$
I would use an animated spherical HDRI and fake it!
Try-THIS

It looks like I misunderstood your first video. Apparently, they are using “dynamic environments” which is just an animated HDRI world. (They may be using a sphere mapping/matcap technique, which only maps a hemisphere of the world, rather than latlong maps.)

You can load an animated texture into your world nodes just fine and it works. The only problem is actually getting your hands on an animated equirectangular or sphere mapped HDRI. You could potentially render your own.

Edit: An easier way to get what you wanted would be just to animate the mapping of the world. Somebody watching would have a hard time distinguishing between a truly animated world image and a world image that with a few rotation keyframes.

Okay, so any simple solution?

Yes, you right.
Filmed HDRI mean a lot of $$.
So i must finding other solution.

You could try THIS…a way to time-lapse the HDRI spherical image moving… and in your case, I would set the rotation from, inside the node editor something like this, where the metallic globe is your window glass or color would be the body paint. Here is a quick node set 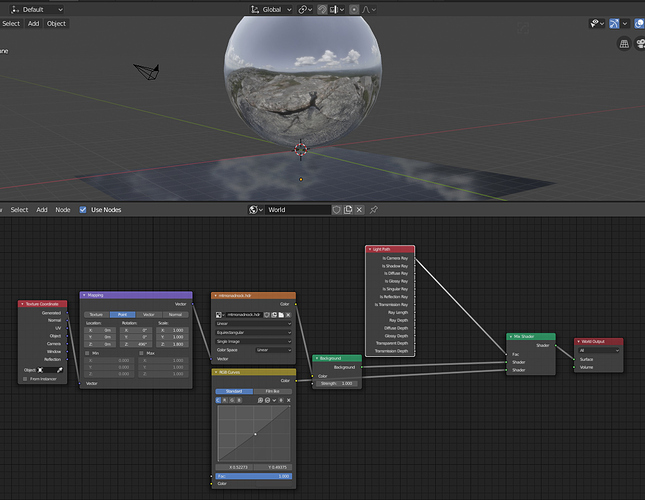 I will try to.