Hi, I am going to make an entry for the steampunk myths and legends challange on cgsociety just for fun and practice. Anyways I am doing david and golliath, and am modelling a steam powered sling-o-matic called DAVE 3000 that will be positioned in front of a giant foot in the final scene (hopefully). And here is my progress so far:

My thread on cgsociety is: http://forums.cgsociety.org/showthread.php?threadid=697543

Edit: PS. I am going to make it a kind of toony - steampunk scene. Mechanical accuracy is not my priority. 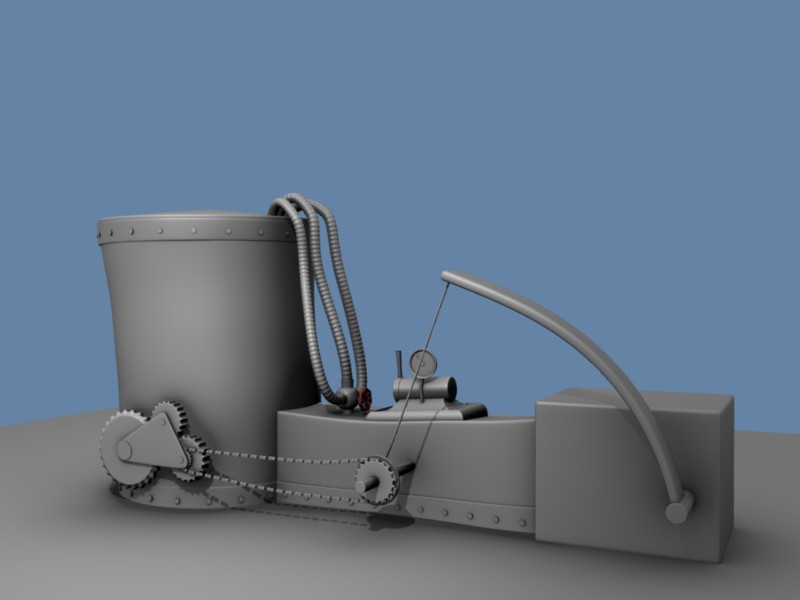 Hehe. I was thinking of doing David and Goliath myself. Good luck with the competition.

Well, I have finished texturing it, though I still need to add the trigger mechanism that will cut the string. 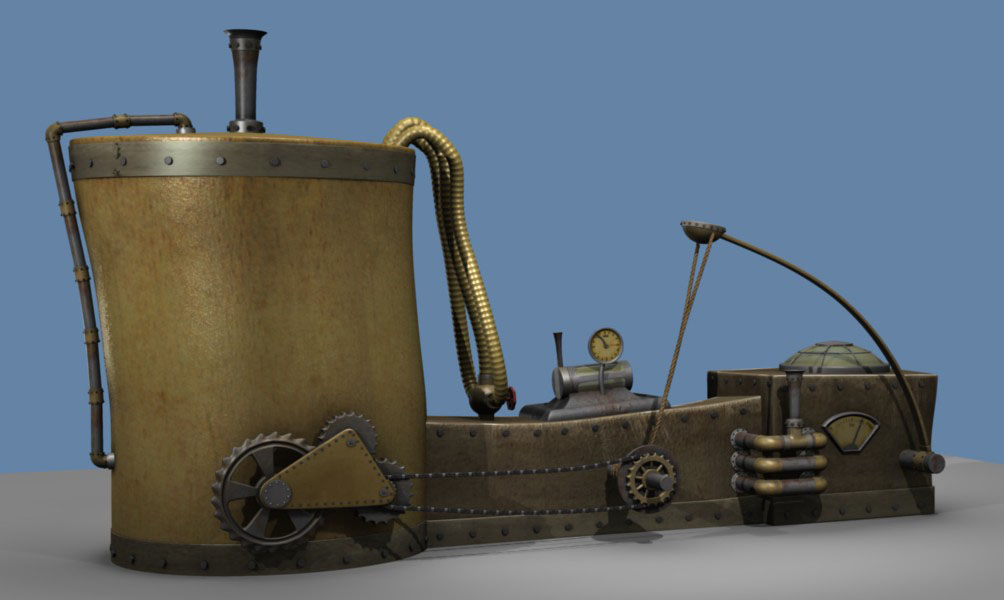 Hehe. I was thinking of doing David and Goliath myself. Good luck with the competition.

Hehe, that makes three of us then.

Oh I like it! you have an interesting style man!

I’m waiting to see it finished.

I love your style. Do you make all the textures for yourself? From photos? Looking good so far, keep blending!

I really like the materials, I too am going to participate though I dont have anything ready yet… as soon as I do I will let you know so you can tell me what you think

nice modeling and textures as always from you. Though i do admit I have some trouble seeing a david and goliath near that device.

Hello, and thanks for the comments everyone. Brookesy, yup I make all the textures myself in photoshop, I use photos in layers and then erase parts of the top layers for this kind of textures.Anyways heres an update, still gotta tweak the feet, add hair and add some more detail and texturing to the machine and character.

It’s getting better day by day, if there was a “funny” award, you’d surely win it!

Another update. Added hair and tweaked toes a bit. Also decided to use sheep as projectile as david was a shepherd in the story.

i love the texture on the death machine
good work

Thanks for the comment Missleswarm. I Started work on the environment. Added some particle grass and started making a fence. I was thinking of adding some trees, but trees made of tin/copper with chimneys as branches. any tips / crits so far?

Here is another update on my steampunk image. I have added more objects and changed the lighting and the character a bit. Thinking of moving on to creating the steam now, havent decided if im going to use blender or photoshop for that…