“Here stands the legendary Nemean Lion. His impenetrable skin protects the beast from the sharpest and most dangerous of weapons. However, Hercules will slay the lion as his first of twelve labors, taking the lion’s life. But for now, the lion roars to the skies, warning the world of its ferocity.”

I spent almost every bit of my blending time on this project for two months solid, trying to get a considerable amount of detail into this. The whole scene ended up being around 2.5 million vertices and most of the meshes had raymir too (that render took forever). I used BI for rendering and photoshop for color changes and some fixes.
Thanks to everyone who gave me suggestions helped me out on this project, not only on my WIP thread (here), but also on irc. There’s a lot of things I wish i could have done, I know it isn’t perfect, but there’s only so much I can do.

But anyway, here it is! I hope you like it. 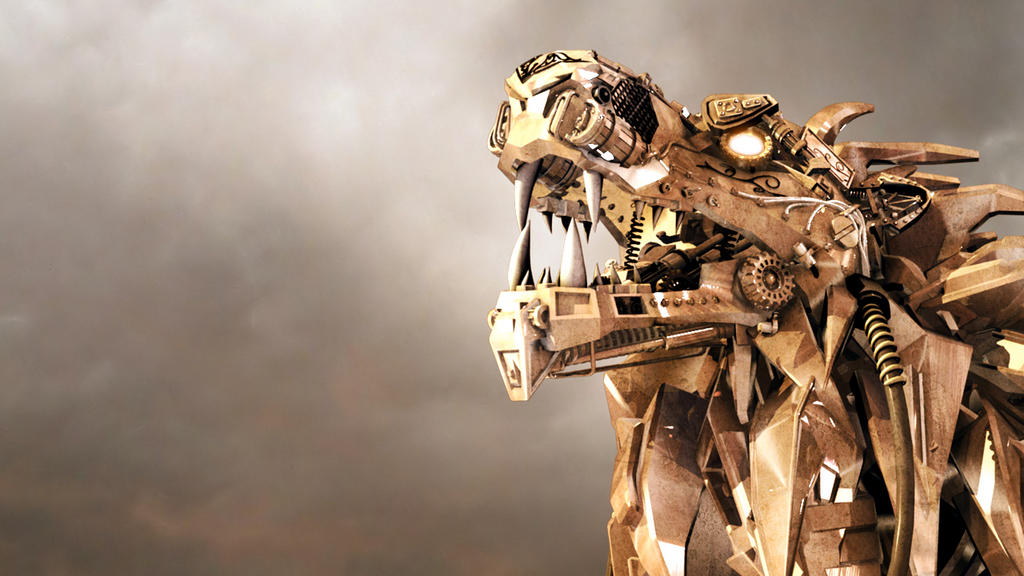 Looks great! On a detail level though, there’s a lot of awful specs on your model

I see a few artifacts- but man, that’s an incredible level of detail. Five stars for intricacy.

Awesome.Now Hercules will have a shiny metal armor instead of leather.

Yeah its nice. Lots of detail… I dont like the design though. Has many oddities that i cant accept. But then again… its your model.

My hats off to you. You put your heart into that and it looks wonderful.

Amazing details. It’s allaround great jobm but the rock in the front of the lions feet looks like it doesn’t belong in the pic with the rest of it.

Look at that!
two months work, Dude , look at your E-mail, work is coming! I don`t think if a studio see this and you walk by them just like that!

As far my understanding, this art can be for a movie poster (very important), in other words, If i was looking for work in this level, it will hit the 5000$ US, (even more) No question about! but that`s an other topic.

you really show what you got there!

Great modeling love all the detail, but it is let down by texture and and lighting.

At 3636 * 2683 pixels i am not surprised there are errors here and there. At that size the difficulty of making a perfectly rendered image is far harder than at a low resolution, most the guys at CGTalk using VRay and Mental Ray cant make there images flawless at that resolution.

This isn’t in the gallery yet? Mods must be sleeping.
Awesome work, Jeepster! :yes::yes::yes: five stars.

Lighting(shadows mostly) and the stone texture could use some work, but the modeling is really fantastic.

congratulations! that’s an awesome piece of work. great! i followed the w.i.p over at cgtalk and i must say it turned out great! hats off for finishing it and good luck for the competition!

wooo lots of replies, thanks guys!
yeah it was pretty difficult working with such a high resolution, i admit to not having much experience with that kind of stuff…too bad I dont have vray or mental ray

fahassani: wow that’d be great if I could get it on a movie poster! (although I’m not aware of any steampunk lion movies for now)
thanks again!

Just a small post to say “Second!” on all the positive comments :yes: i’ve seen this lion grow up since he was a cub floating in mid-air, and he really became a big one… See him roar! can you see it? I sure can