Some testing of the alpha:

It’s really not common for people to not want faces merged into watertight bodies. The default value here should be 0.1 (or 0.01) in order to not confuse users.

EDIT: Hmm… it doesn’t merge despite setting this quite high… bug with the alpha I’m guessing? The unit is in mm and not meters, I hope (but then again, the “angular deflection” cannot possibly be in degrees, because 0.5 is extremely high compared to other tesselators I’ve tried). 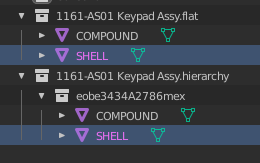 How many users want both of these collections? I think there should be a drop down list in the import setting to select one of them. I don’t want to have to teach coworkers to always delete one of the collections on import (which is doubly troublesome because if you just delete the collection, you end up with what looks like duplicates in the default View Layers outliner mode due to Blender UI being silly).

This is unfortunately wrong. It should be two objects, not one. Both Rhino and Siemens NX imports this as two separate objects (Unreal Datasmith also correctly tesselates this as two objects).

My testing stops there, because unfortunately the last item is a showstopper that I simply cannot get past. It must change before this add-on becomes usable (I skimmed the thread but didn’t see anyone else mentioning it, which is very surprising, but perhaps it’s a bug with the alpha?).

EDIT: Also just noticed an error on a very simple file and some interesting results… 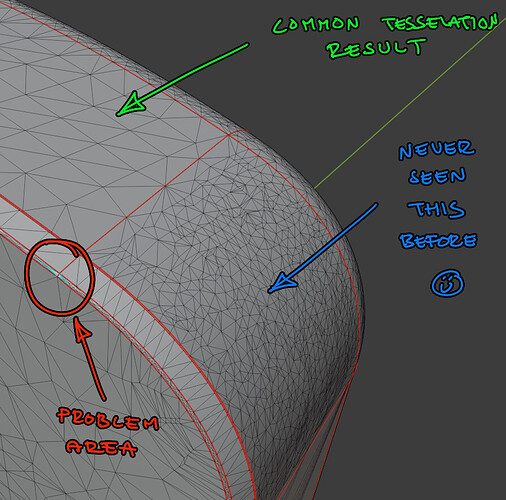 EDIT 2: Regular 1.0 unfortunately exhibits all the same issues. I was going to ask about a studio license, but it’s way too early right now. Looking forward to seeing the progress on this!