I’ll be happy to supply any screenshots of things like node setups or provide things similar to that, just ask 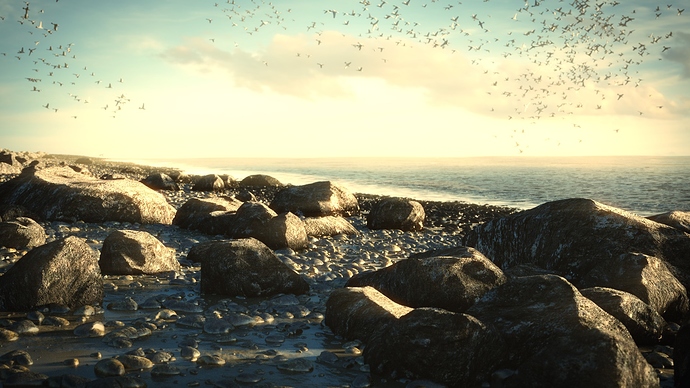 Wow nice mood there! Could you explain how you made such nice bolders?

Pretty sweet ! Could you please outline how you made animated flock of birds ?

Wow nice mood there! Could you explain how you made such nice bolders?

I have a tutorial on the way soon so I’ll go into more depth there. But the way I made them was I had a UV Sphere and used the bisect tool to just cut chunks away to give it a very basic rock form. I then used dynamic topology sculpting (mainly the clay strip brush) to add extra detail into it. I used a few other tools such as the scrape/peaks brush and smooth brush just to adjust bits that didn’t look quite right and to clear away detail that I felt didn’t look good so I could re-sculpt it.

The actual geometry of the boulders though is quite low-poly and don’t really look too great. The shaders and the displacement is what really gave them the detail I was looking for. Here’s the node setup:

Pretty sweet ! Could you please outline how you made animated flock of birds ?

I used boid particles. I didn’t really tweak any settings except for adding rules and changing the maximum air speed.

The birds flapping is just because I had three very low-poly bird models on another layer with animated flapping wings at different speeds and at different times to stop them from all flapping exactly the same. 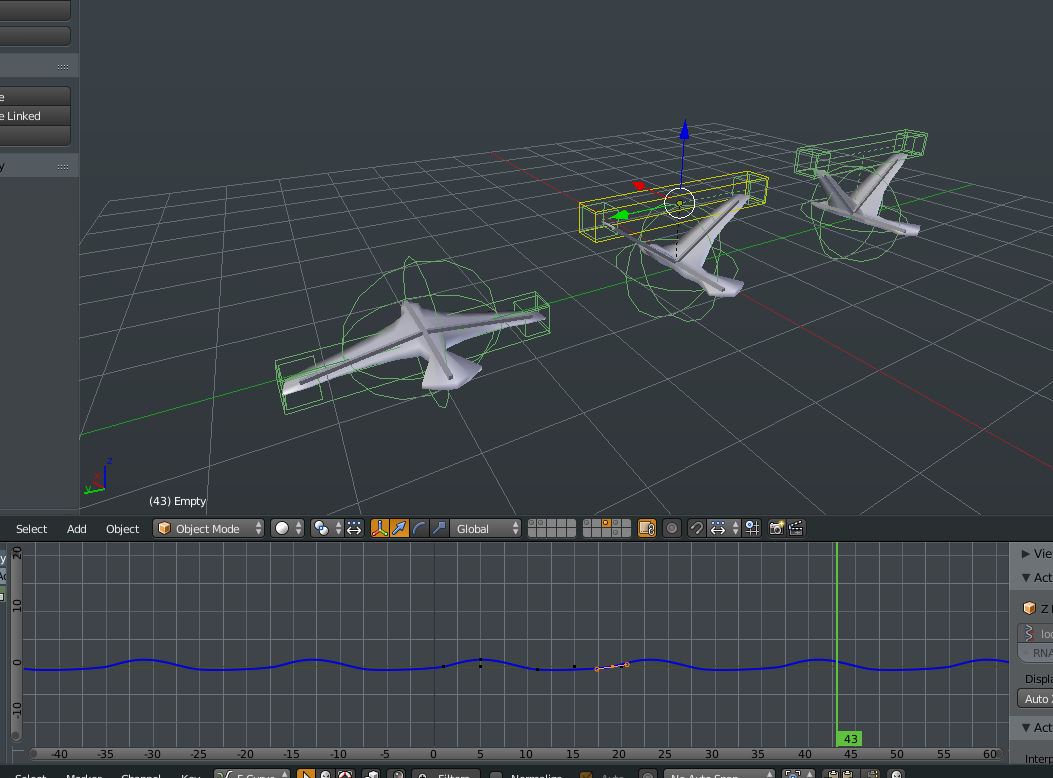 Their Z-Axis animation was given the cycles modifier to keep it repeating endlessly which saves a lot of time and also provides a lot of flexibility. I’d have to only change one flap to change all of them and I can extend the length of the animation indefinitely and they’d still flap. The only limitation to doing this though was in some of the reference footage I found for seagulls, a lot of the time they glide through the sky without flapping which I couldn’t really include with the animation loop without it looking fake and without it being obvious to the viewer.

It is as important as code.

It is as important as code.