The last few weeks I have been working at a series of monster creatures modeled/rendered/rigged/posed with Blender and textured using Substance Painter. I was so satisfied by the quality of these characters, that I began cultivating the idea of starting a longer project in which these creatures feature in a mythical fantasy comic, built out of posed 3d characters. I have progressed to making a few test images that could feature in the comic, to show the technical approach/realism/style and also the story’s atmosphere; I added them to the end of this post. Now I am on the lookout for a storyteller/writer that could craft a mythical fantasy dark intriguing story that features some/all of my monsters and more to be created. The story needs to be of professional quality, since crafting the drawings for an entire album will take me about a year more or less, and as such will be a rather formidable project. I would like to cooperate in creating the story, and it would be great if the writer could involve some of my already designed monsters in it.

The ongoing list of monsters can be viewed in 3d at this Sketchfab page, also for your inspiration:
Monsters set A
Monsters set B

Feel free to discuss.
Please pm or write here if you are interested in any way in this project. 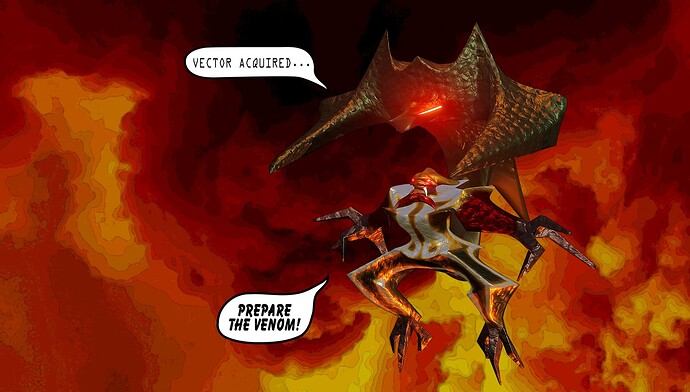 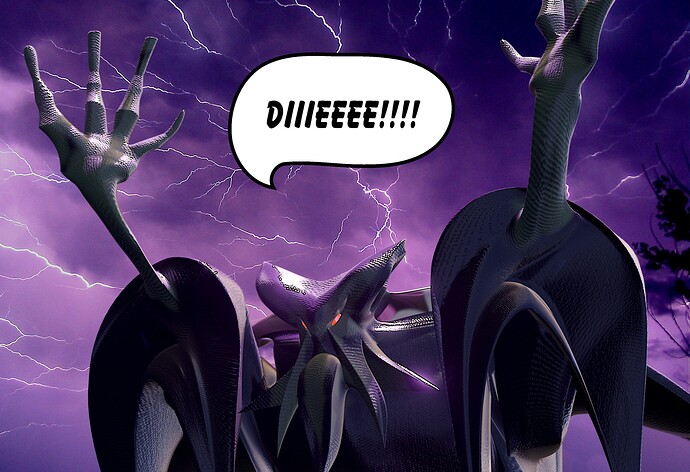 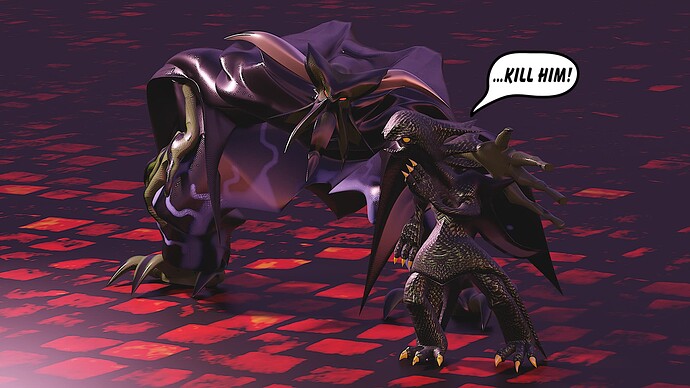 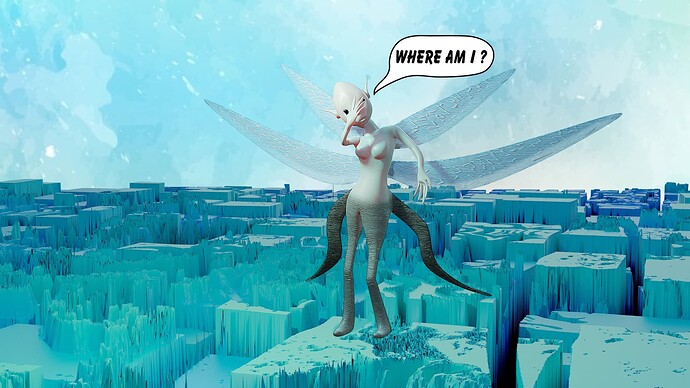 I could be of help

I would be interested in this. It sounds like a really fun concept, especially if the characters already have some written up personality’s. I would recommend changing the style of your dialogue boxes, since it looks incongruous with the art style, but feel free to email me!
[email protected]

Sadly, momentarily this project is on hold, since I am redirecting most of my efforts to finishing programming my VJ application that is nearing its first stable version. Also I am having second thoughts, since this comic project might well be more than I can take on. Maybe a compact story of about twenty pages would be feasible, but then wouldn’t that end up with a story with not enough depth? Sorry for putting your hopes up high.

Its Alright. Feel free to reach out if you need anything else of this variety!