Strange Behaviour: Melanie and her Monster

I’m entered into the Strange Behaviour competition! I’m trying to use this as a chance to have some direction in my work, and push my skills further.

The premise is that Melanie, a young girl has a massive, scary monster for a pet. She likes to take him for walks and has taught him a few tricks.

I’m up to the modelling stage, and have almost finished the monster. The girl will take more work, as I haven’t done any humans before now! I’ve begun her face, but I really need to redo it. I’ve also added concept sketches as well, so you can see what I’m aiming for. 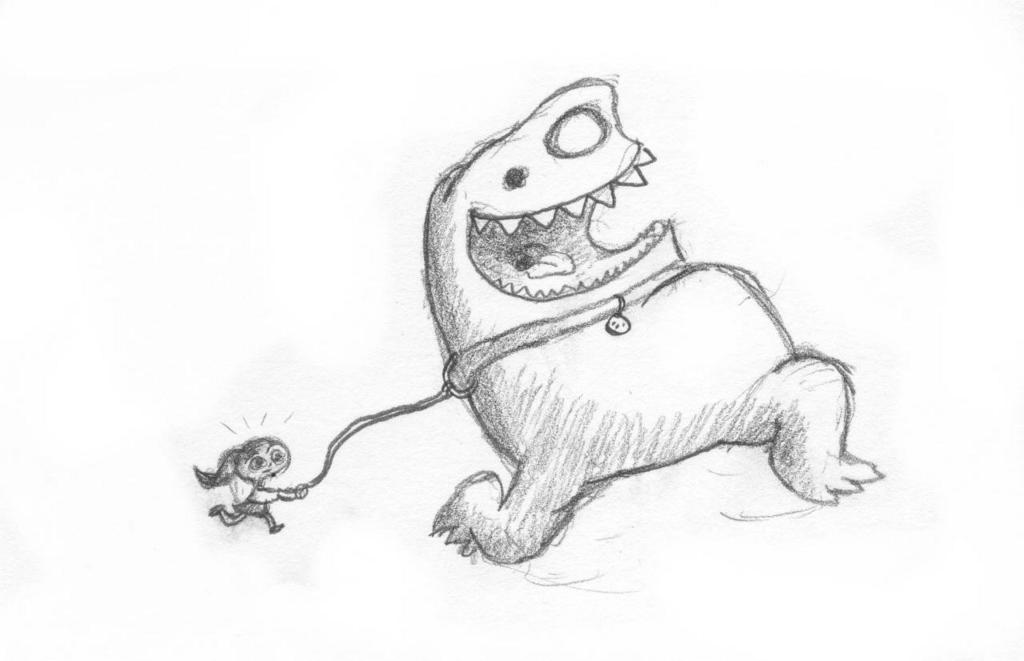 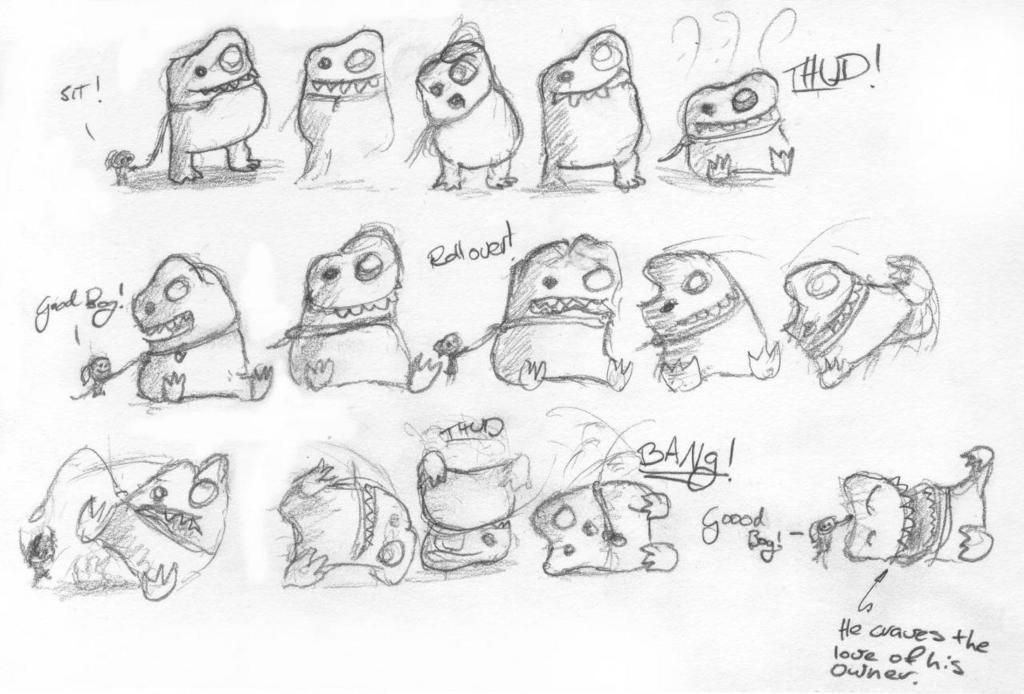 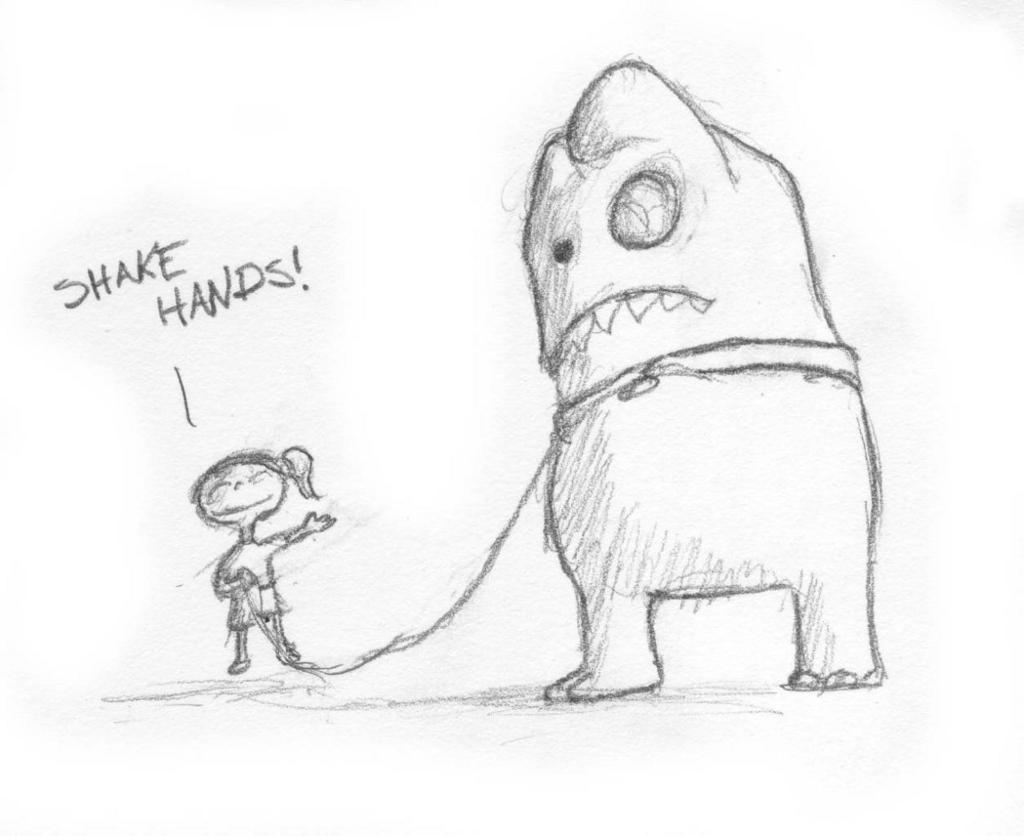 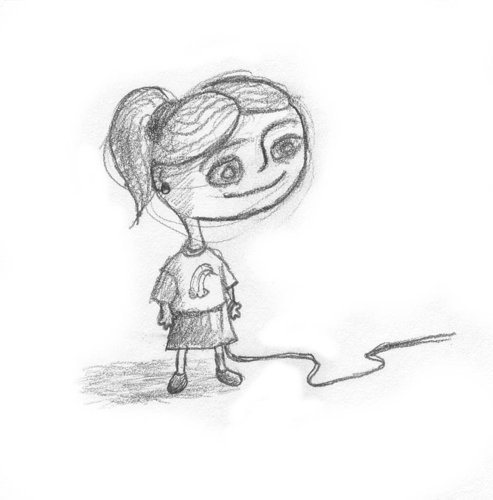 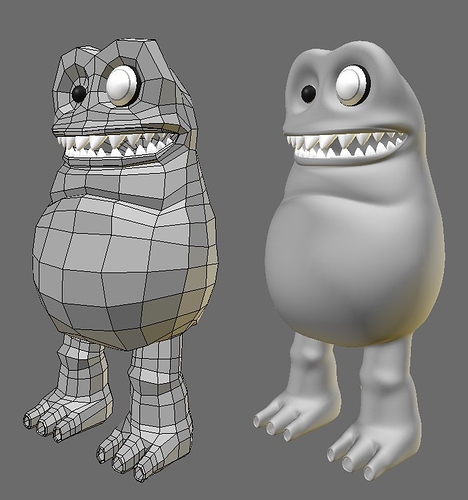 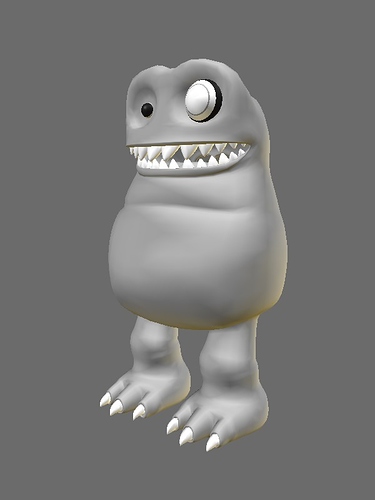 And here’s some more pics! My CGTalk thread is here. 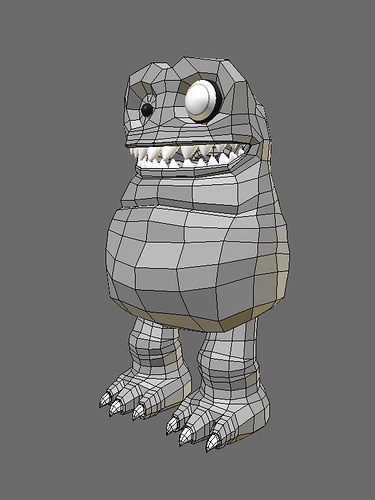 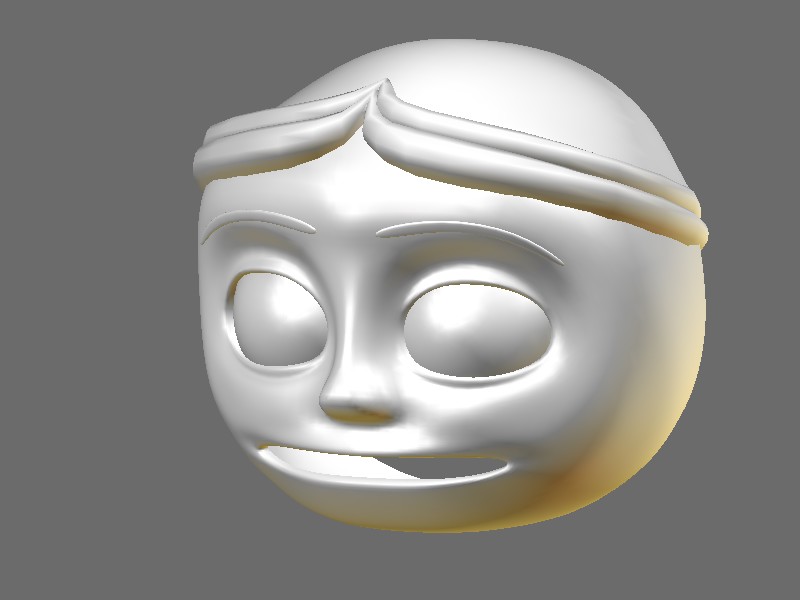 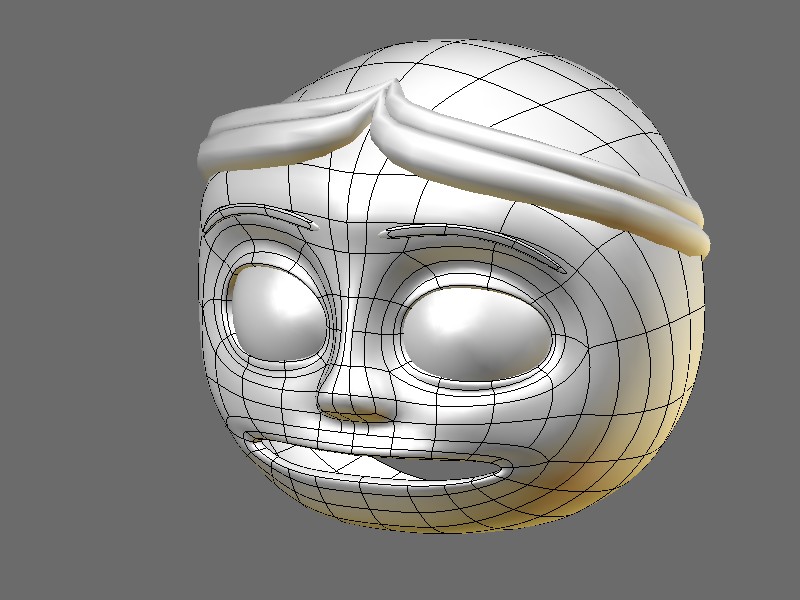 supercool concept! i will be watching this develop… = )

nothing to crit so far, except that the girls head sticks out way too far in your concept sketch. you will have problems posing her in any profile shots, with those proportions. but i expect you would figure that out when you get to modeling those bits. i love the personality of both characters, expressive and adorable. he can come over and eat my furniture anytime! 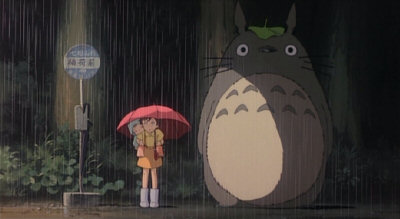 This is looking really good bjzaba, are you planning on animating, cuz it looks like they are ready to go. Good topology so far, and I really like the monster’s feet and legs. Maybe the monster could be nice and scared, and the girl mean and nasty or at least stern…I dunno.

You’ve got a really great start going, I can’t wait to see when you begin to animate, if you are doing the animation portion of the contest that is. You really jumped right in with some great work. Keep it up, looks like you’ve got a good chance to compete. Oh, and just so I have something to add, don’t forget the backdrop for the characters too.

Thankyou for your kind comments!

jimww: yeah, I’m working on her neck and resolving issues with the her head as I go. I just modelled the head straight last night without blue prints, (which wasn’t probably the best thing to do) and surprised myself how well it turned out. So I’m planning to deviate from the original concept a tad, to fit in with the constraints of 3d.

Orinoco: I’ve never seen that film, though from what I’ve heard I know I should. But I may have been influenced in some way by it. Thanks for the cute image anyway!

bgstratt: Yeah i did enter the animation section. I’m not sure whether I’ll achieve my goals, as I’m still rather new to animation, but I’ll do my best. In respect to the backdrop, I’m still trying to get ideas. Maybe in a park with city buildings in the background. Or a forest scene? At the moment I’m trying to keep things manageable, and in line with my skills, so that will be a factor in my choice.

Anyway, I’m making progress with the head, almost up to what I dread - the ears :p. The hair isn’t final, it’s still pretty much a place holder. The ponytail will stay, its just a matter of how design it - weather fully modelled, just just a stylised blob that I can texture, or somewhere in between as above. The former will be trickiest, and will cause the longest rendering time, so I’m wary of that. 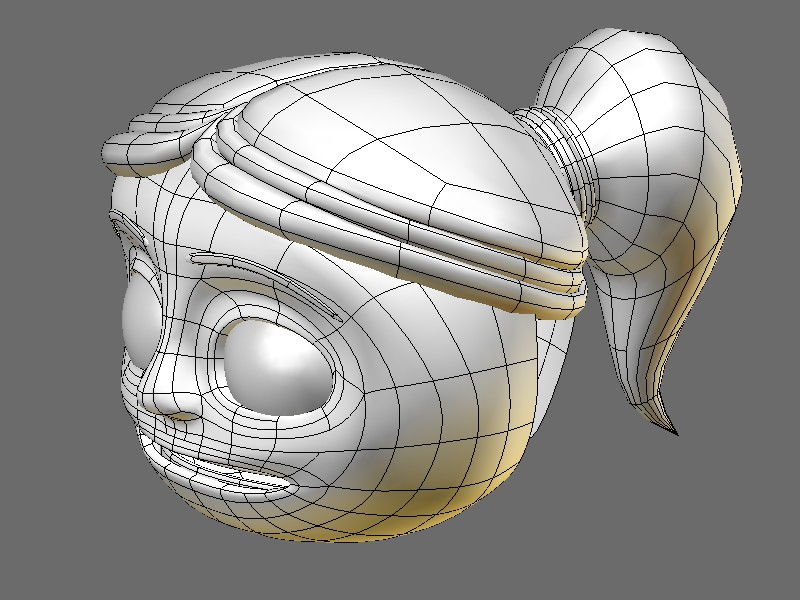 Edit: I see from your cgtalk thread that the reason is you’re still working in mirror mode, so never mind! I’ll leave my initial comment to explain why this post is here though… Can’t delete it.

Will watch this project

I love the monster- he’s great.
And you really should see My Friend Totoro- you’ll be glad you did

I love it too, can’t wait to see it alive :yes:

Yes the eybrow will change! I just havn’t had time to break the symmetry yet. I’m back at school now so it will be alot harder to make progress. I’m toying with much more exaggeration of the big eye as well - its just a case of how well my 2d drawings work in 3d. I’m still not sure I’ve got the models perfect in that regard atm. I’ve done a bit more work on the little girl now. 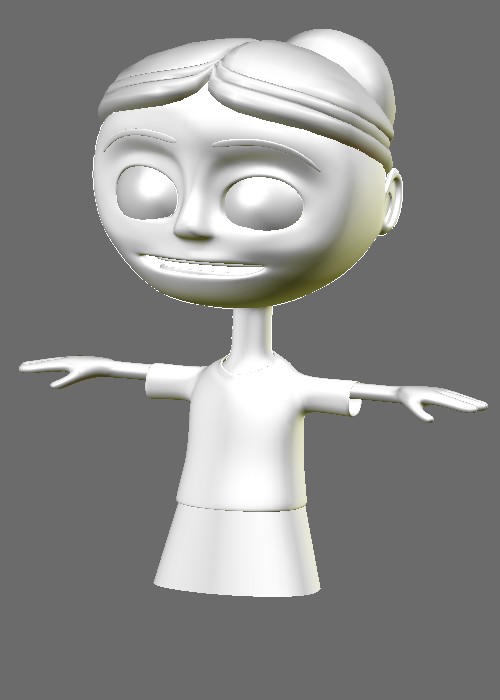 ooh, nice one! good luck with your entry!

btw, are you conna give us a link to your entries cgs thread? or do we have to look for our selves?

Hey looking nice there. I was gonna enter the contest but have to much other stuff to do. Best luck to you. I like the style and look of it so far. Nice model too

btw, are you conna give us a link to your entries cgs thread? or do we have to look for our selves?

And here’s some more pics! My CGTalk thread is here.

there’s not much on it - I am trying to make some more substantial progress before I post.

Hey looking nice there. I was gonna enter the contest but have to much other stuff to do.
Yeah, I’m hoping i can get it done too - it’ll be a challenge to finish, but a great learning experience! not to mention I’ll be able to use it for my folio to get into uni!

oh, sorry missed that one

and i think it wont hurt to post more there too, cause you can get some excellent C&C there 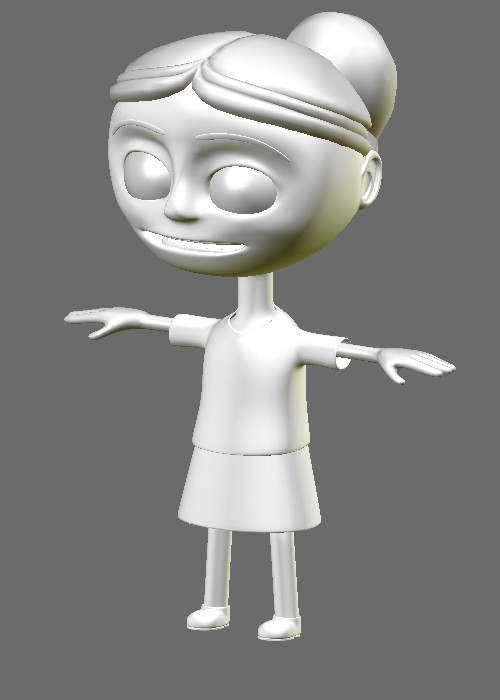 thats great for never doing a head before! good work

I like it, the drawings (fantastic sketch style, imho) , the monster, but not so much the girl… given the graphic style, i’d go for something in the line of this:

thats great for never doing a head before! good work
Thanks mate - i’ve done a bit of organic modelling before so that may have helped

I like it, the drawings (fantastic sketch style, imho) , the monster, but not so much the girl… given the graphic style, i’d go for something in the line of this:

http://pages.zoom.co.uk/nick.towers/…_tutorial.html
yeah that’s what I was thinking, but I think I should just finished what I started, if you know what I mean. I’d like to actually get a model rigged fully textured and complete for a change :p. And going for the simplified graphics style that you suggest would also mean trade-offs in animating.

I’ve played with the proportions of her body now. 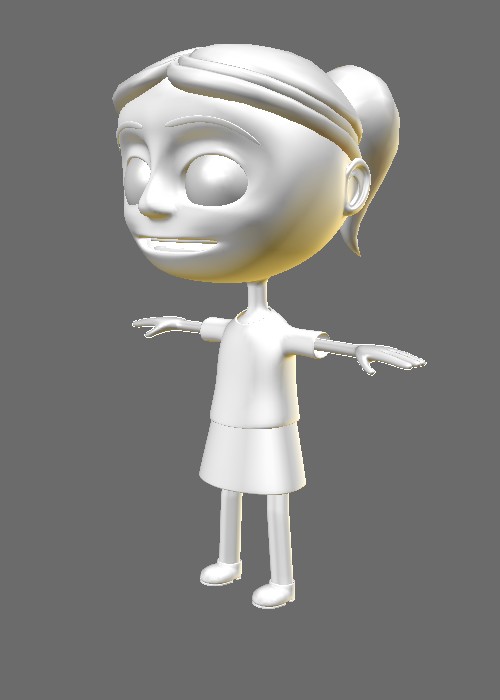