I was using a tutorial for shattering glass by Johnathon L, but I’m having a strange problem regarding the cell fracture addon. I’m using Blender 2.69 official.

-The plate of glass was slightly extruded to give some depth, I then applied scale, rotation, and made origin to geometry.

-the " character" was parented to the glass…which the tutorial says to place it where it pentrating the glass, so when using child vertices in the cell fracture add on, the glass will shatter more realistic. The character also has scale applied.

These are the settings I’m using for the fracture 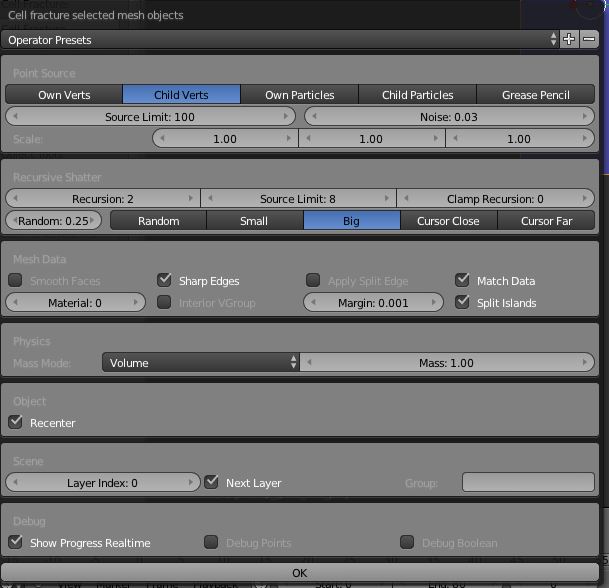 What the strangeness that is occuing is what is happening once the fracture is completed. This is what my glass looks like ( prior to fracture) 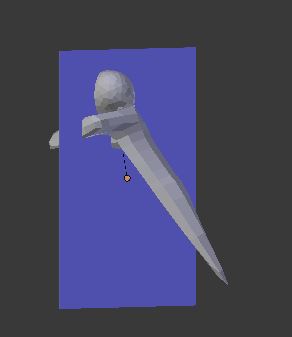 The problem is the huge thickness in the glass that occurs after fracture. It seems to be making the cracks OK, but the thickness problem is unacceptable. 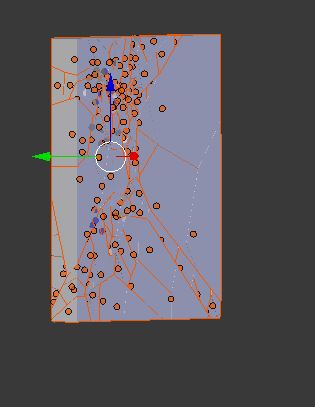 Can anyone make some suggestions as to what is causing this and how to fix the problem?

It’s just a guess, but cell fracture is not really good with small sizes - I’d try to scale the whole thing up maybe 10 or 20 times, run cell fracture, see if it works, and if it does, scale it back to original size. Hope that helps, cheers!

@galingong Thanks for your recommendation, that did seem to help with the cell fracture problem. I scaled up x 10 and got a much better result. I also noticed that the physics simulation turned out better at that scale.