I am learning how to get my own models in the UDK using Blender. I made some progress, but my biggest problem right now is this: 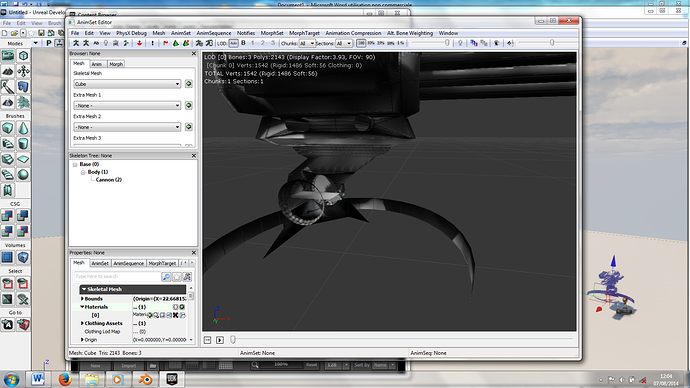 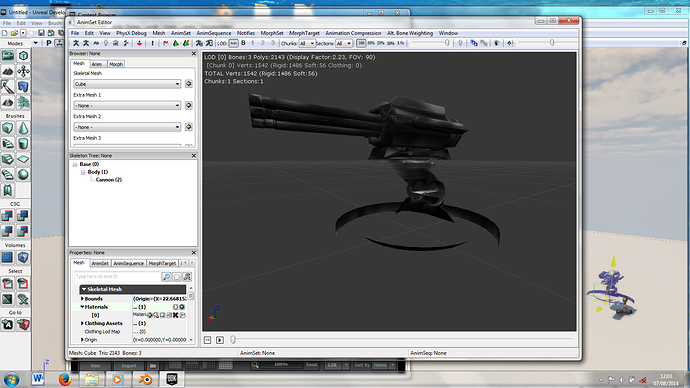 The mesh displays differently depending on the angle of view, while in Blender it displays correctly: 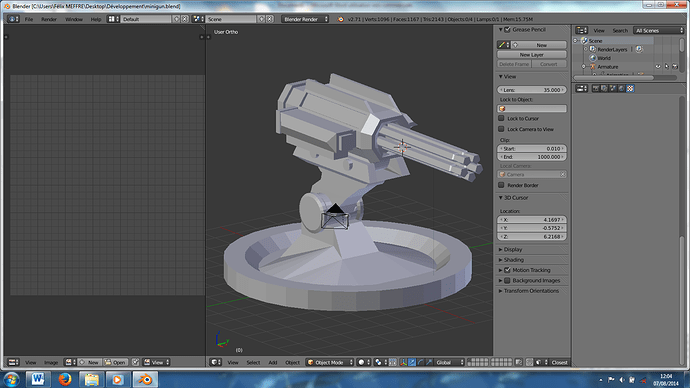 I believe I am not the fisrt one to experience that kind of problem, though my searches for answers have been useless so far.

Does it have to do something with the polycount? Or materials?
Any help is welcome.

Going to guess it’s about shading. Based on the look of the model in Blender it has flat shading and you haven’t prepared it for smooth shading, which the game engine is probably using.

Screenshots help you to describe a problem but those also give out information about what you have and how they are shown. Because they relay information, might as well put as much as you can fit in that space with few simple and quick moves. Screenshots alone might not be enough to answer your questions, only .blend file might tell enough about the model but you might not be able to share it (which would mean extra work to include a example model that you can).

Your screenshots are full scale and not cropped, they show the model, which is very good. But you could include more or use the space more wisely. 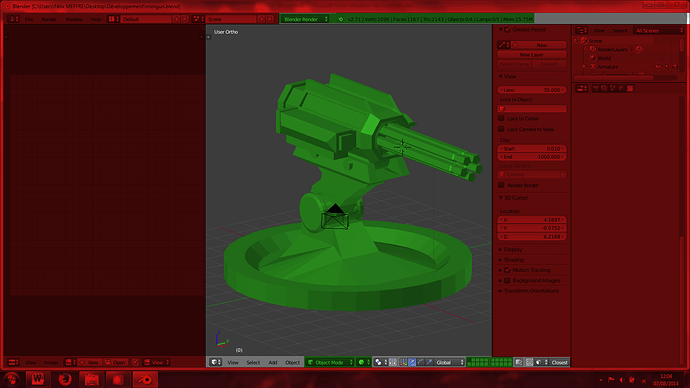 This one includes 5 pieces of information: render engine which affects display modes, blender version, scene statistics, the model and what display mode is used. Total of 14.2 % (green). Areas included in the image that don’t have any useful information or don’t even have anything to do with the thing 61.3 % (red). Other areas don’t include information and might not be easy to use for that.

Here in comparison I’m using this screenshot to tell about the problem I have with how the nose gets subdivided. 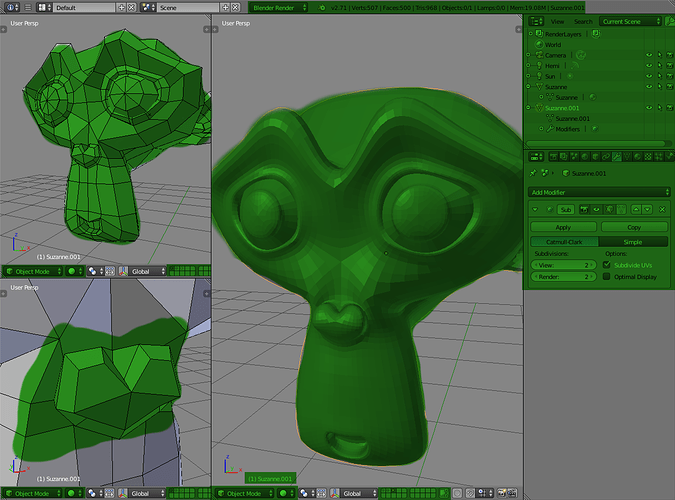 And the information it gives

I’m also using as much of the image area as I think is necessary for clear viewing instead of filling it with things that don’t matter at all (empty editors, tools or properties shelves that don’t have anything to do with my question). Took the screenshot by pressing ctrl+F3 which leaves out the window title bar that has personal information and any other bar outside Blender. If I would think my problem might have something to do with the operating system, I would tell what it is in text. As a result I’m using 48.6 % of the image area to relay information and the rest are areas that would be hard to fill with other information I could think of and do so quickly. I would include a .blend anyway in this case.

All of that just by using few extra seconds to organize the view for a screenshot.

Thanks for your answer. I thought the same thing about the faces facing the wrong way. Made some research, now it’s almost fixed.

Also, I am completely new to “shading”, “lightmap” and such. I’m looking for complete tutorials on how to properly export a model with every step and setting necessary. Could you tell me what are the most important steps, besides of modeling, animating and Uv mapping?

Also, I am completely new to “shading”, “lightmap” and such. I’m looking for complete tutorials on how to properly export a model with every step and setting necessary. Could you tell me what are the most important steps, besides of modeling, animating and Uv mapping?

Shading, materials and textures, rigging for animation. I’m not familiar with UDK but materials are often set in the game engine itself. Materials set in Blender might be ignored at import.

Everything else is in details of those. Modeling to maybe have a high poly version of the model, game ready model that gets UV’s, details from the high polygon model in form of baked textures, separation for easy UV’s and texturing, and so on. Perhaps do a search for modeling tutorials that talk about game asset modeling. Doesn’t matter if it’s for Blender or not, if it’s not it still shows the process.

Here’s a video that shows couple of options to control smooth shading. If you use edge split modifier (that gets applied at export) it splits those edges in the model and should show correct shading in the game engine. But UDK might have its own tools to control shading. https://dl.dropboxusercontent.com/u/26346140/smooth_shading_options.avi

Well, thank you for your advises about the screenshots. As I’m probably going to need more help from this forum, I’ll take them in account.

About my problem: I followed your guess about the faces facing the wrong way. After some flipping, my model finally displays correctly. So it’s kinda solved for now.

I’ll be searching for more “assets modeling” tutorials. I believe UDK has its own tools to make most of the manips a mesh needs, except for the modeling itself. Now I have to learn how to use them.

Anyway, thanks for your time and help. I’ll be messing around a little in the editor to discover it furthermore.

Blendercookie has some tutorial videos about game asset creation with Blender. Here is a written one but it’s for 3ds max. Still useful.

Your screenshots weren’t bad. There are often far worse: no screenshots just wall of text instead, cropped and/or scaled down screenshots, screenshots that are so zoomed in that there is no reference point or anything to help to know what one is looking at, shots of wireframes only which are messy and very confusing.

It only takes one initial thought about presentation. The difference between clear and useless shot could be just a matter of using one shortcut but it still requires that reminder. If you think image space (pixels) as information as I did in the example, don’t have to, but that same thinking is useful when working with UV layouts where you want to use as much space as possible but still keep the layout sane (if used for painting)