Following along with Blender Cookie’s tutorial, Creating Kara, when this happened. Followed the directions he gave but the result was a little different. It happens when I select the ‘Positive’ option in the Shrink Wrap mod when I project to Y. I am selecting both Pos and Neg like he says, but those vertices just jump all the way to the back of her top. Any suggestions on possible ways to fix this? 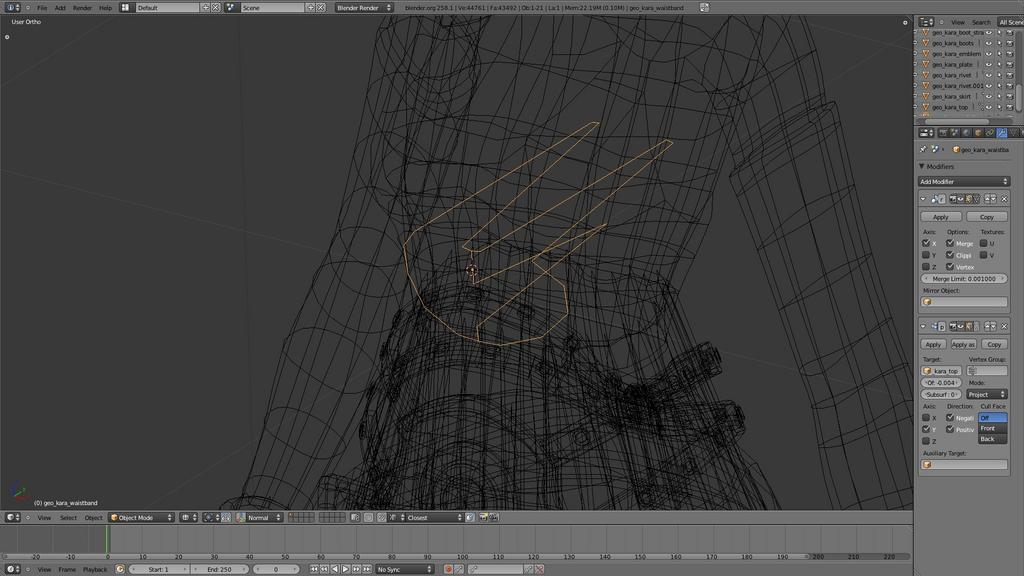 turns out the area the object was to be shrink wrapped to wasn’t big enough. the object was wrapping to surfaces other than where i wanted it. just had to make the shirt a little longer to create more area.