modeled it when i first started using blender, i came back to it a week ago and put it in cycles, i got some good renders and now i’m setting up for some sort of attempt at a photorealistic scene. 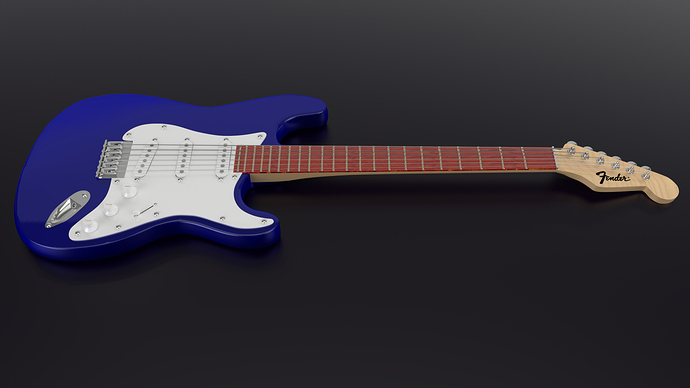 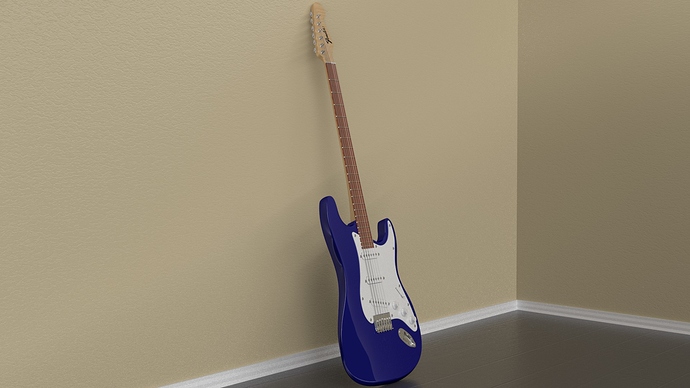 currently working on an amplifier to go with it, kind of annoying what with the trippy bevel glitches 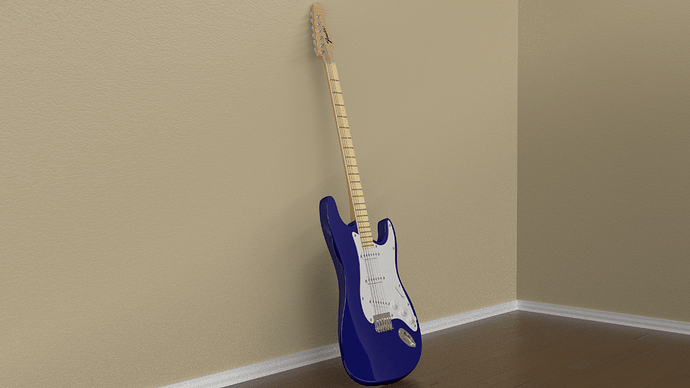 so i changed the fretboard to maple since it’s fairly common on this body style and the texture is easier to find, i add more color to the floor though i might lighten it up more later