so it appears as if amazon and some of the other giants are trying to ‘lease’ access to games on a server online, so the end user is not running the program.

This way, a EXE is never exchanged, or source code whatsoever

I guess… assuming the customer doesn’t mind massive latency on their input and the developer doesn’t mind significant server costs. It feels like there are better alternatives to consider before resorting to streaming games.

people don’t want to carry a pc around, yet they would like to play games out in the world,

What about the rest of us which do have computers and don’t want to pay premiums for some server to be doing the grunt work for us?

this issue made me quit most online games

“This could revolutionise cheating: wall hacks, infinite weapons and various other cheats would be hard or impossible if you only control the inputs and only get access to the display, not the fundamental game logic.”

I see where you’re coming from, and it would properly solve that issue once and for all.

However, most of the time when I’ve seen cheating, the publisher could’ve done a lot more to prevent it. For example, GTA Online has rampant cheating because it’s all peer to peer. They could’ve fixed that by having an actual server controlling the choices, or at the very least checking what the clients were sending to each other to make sure it was reasonable.

On The Division, where the players were firing huge numbers of shots in an instant, that could’ve been solved by ignoring the extra shots, delaying them, banning the user, etc.

Setting bands for what would be considered resonable input from the client would solve most of the cheating online. It wouldn’t stop rendering on top of the game to see enemies, but then there are 3rd party services that are designed to help catch those.

No, unless you’re a billionaire.

if you use the .exe streaming or not, boom gpl.(or find an other way to play/stream .blends)
if you use any bge module in a script, boom gpl.

So the only solution stays, build a launcher and wave the .exe gpl away.

But still 9 out of 10 scripts are gpl bound due to the use of the bge module, this is not so bad as it reads haha, scripts without a .blend(remember .blends are yours no gpl attached) is out of context and most people can’t work with that or don’t want to spend the time needed to rebuild a .blend based on a script, that may or may not function as a standalone.

" This applies to organizations (including companies), too; … It only matters if you are going to distribute the binaries to another party and not given the source code"

I think you forgot a part of @Cotaks answer’s:

No, unless you’re a billionaire.

I’ve seen cloud gaming on some ADSL connection, it ran fine. Problem now becomes infrastructure, and it is one hell of an attempt to avoid GPL…

I am not an expert, but I’m pretty confident that there are other ways to work around it.

Yeah, you would need to get onto a cloud platform like MS or amazon etc.

step 1 would be a game worthy of such attention.

Step 1, as in “servers, servers and even more servers”?

He meant that you would need a big infrastructure, as in lot of actual machines running the cloud game backend. What do you mean?

if you have a game, that is doing well in beta and lots of people like it,
you would then approach amazon or Microsoft to get it up and online
(rent a server basically)

if it continued doing well you would use the revenue to purchase servers,
and infrastructure.

Have fun doing that.

‘it ran fine’, ofcourse for a handfull of people and game that ain’t to big.
We can not compare blender games against a/aa/aaa games but lets say we could.

step 1 would be a game worthy of such attention.

Still need to see someone who can create your step 1 haha, so far @haidme would be the first to get there, but then again it’s not all created by himself (it doesn’t matter, but still).

So for now i suggest to not think to much about the whole streaming thing, unless you really have a pearl to share with the world. And even then i would not play it, due to i don’t like to play streamed games, if i am at a location without internet i want to play that damn game, and not have to wait till i get home. etc…

‘it ran fine’, ofcourse for a handfull of people and game that ain’t to big.
We can not compare blender games against a/aa/aaa games but lets say we could.

I’m pretty sure he’s talking about being a client on that ADSL connection; obviously to host it you’d need a very powerful Internet connection and decent servers.

-edit- Rereading WKnight02’s reply, I’m not so sure now. Were you talking about hosting that on an ADSL connection?

It would indeed be possible to work around the (regular) GPL in this fashion, that’s why the Affero GPL exists: to close that “loophole”.

It’s also rather simple to rent out GPU instances on AWS which do explicitly support this kind of use-case.

Still, the cost for the hardware and bandwidth makes it unattractive for games. There have been several attempts at creating streaming services for games and none of them have been successful.

It makes more sense for clients that are relatively more valuable than gamers, for example streaming architectural visualizations.

-edit- Rereading WKnight02’s reply, I’m not so sure now. Were you talking about hosting that on an ADSL connection?

No, I meant as a player on an ADSL connection to a cloud gaming service

Technically, the game being 99999GB or 1kB is irrelevant with cloud gaming, as you only stream player inputs and game outputs (graphics/sounds + some events maybe like controller rumble, idk…)

But yes, hosting would need to be massive for 2k players, that’s not up to debate.

I like how I come across this thread, and on the same day I find an open source game published on steam under GPL: 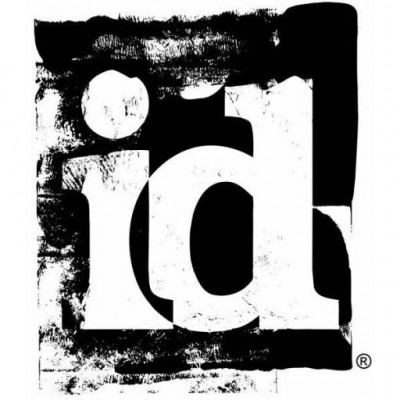 Doom 3 BFG Edition. Contribute to id-Software/DOOM-3-BFG development by creating an account on GitHub.

Yup, if you’re fine with publishing the source code for your game, the GPL has never been an obstacle. It’s just that nobody has done it because the BGE was an altogether crappy engine.