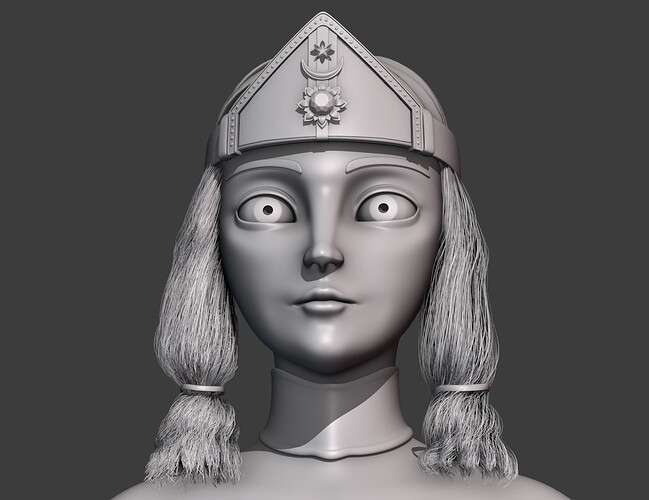 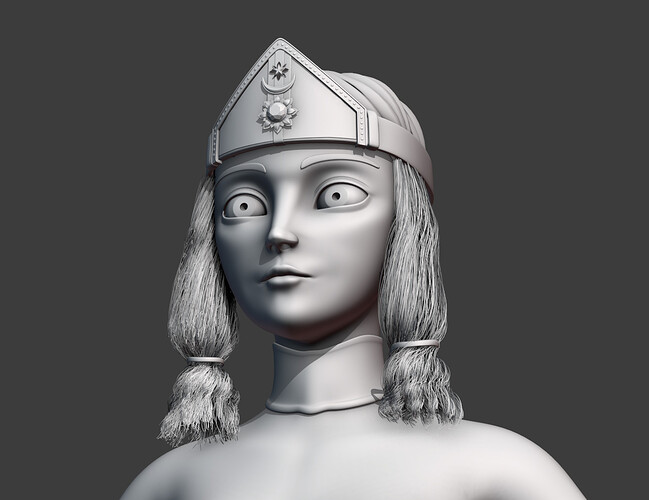 I found an old stylized Basemesh I did probably 5-6 years ago that I regrettably never used for something.
Now I am.
Since the mesh was done with classic box-modelling rather than sculpting, it already has a quite decent topology. I only needed to sculpt the facial details and now I am working on detailing/designing the rest of the character.
I will probably keep a similar framing (ignoring the rest of the body) and create a render of it.
I am not too motivated to do the rest of the body right now. Maybe later (maybe never).
My tendency for perfectionism rears its ugly head. I spent way to much time on my last character, obsessing over mini-details.
I am not to keen to feed that monster and let it roam freely. I need to focus and get shit done.