It has been a long, long time since I posted here. I guess I must’ve hit some sort of creative dry spell.

But lately I’ve picked up designing again, but I still feel… stuck. I’ve been using Blender since 2006, and while I’m generally sort of pleased with the outcome of my work, the fact remains that I have no people with whom I can share thoughts and ideas of the creative process.

…And here I am, back where it all started so many years ago!

I started playing with the idea of creating a game, and finding some extra people somewhere along the line. But until that time comes, I thought it’d be nice to do some legwork, cover some of the basics, as most people don’t join a project from a person who has nothing to show for and yells “I have some vague ideas, now I need people to create my game for me because I don’t feel like putting in the effort”. Thus I started sketching in Photoshop (realizing how awful I am at creating a character turnaround while I was at it), and started modeling.

The idea was to have a very simple, stylized, cartoony looking guy. And I guess that that sort of worked out, it’s smooth… not flat, but not too many facial details. The polycount thus far sits at 1770 (eyes excluded), a little high, but acceptable for what I’m trying to achieve. 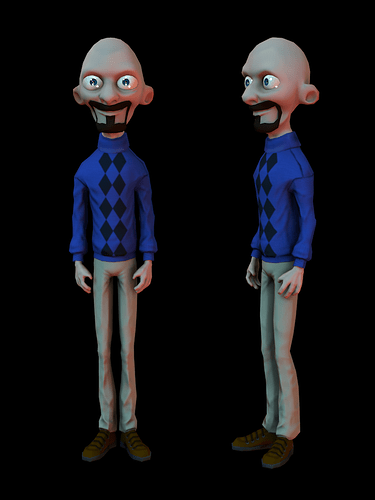 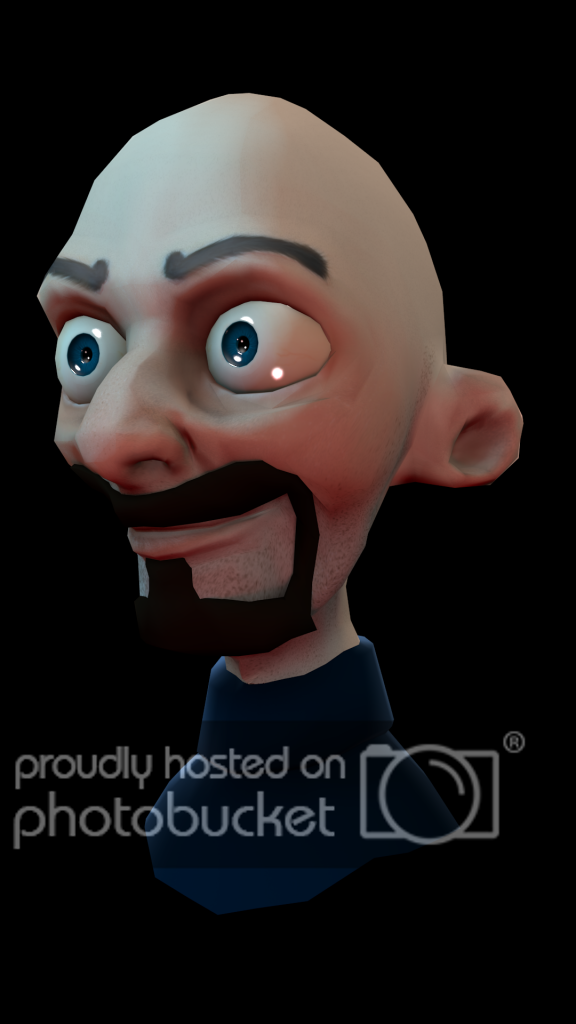 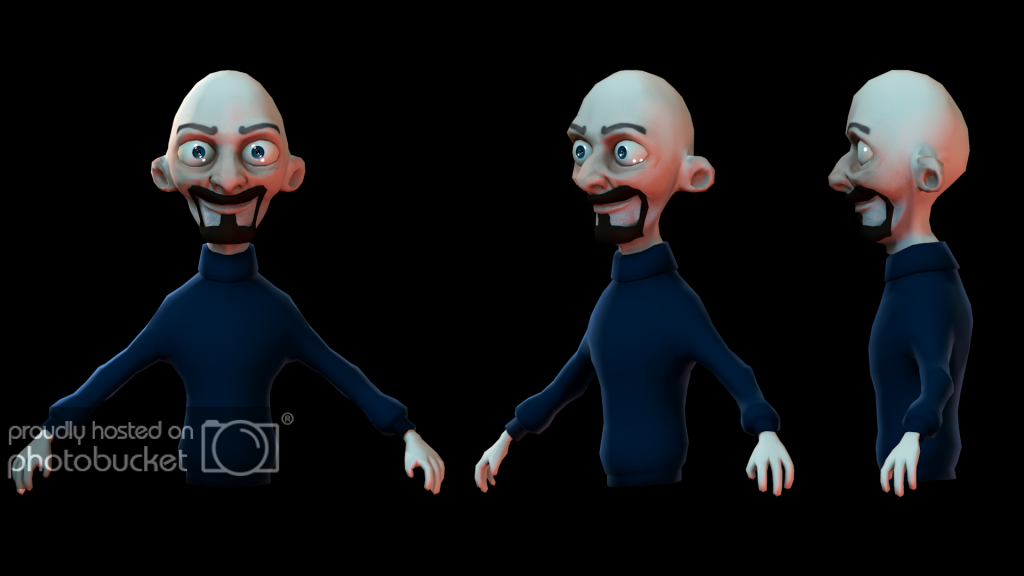 I guess my main goal here is to get some critique (but not immensely ‘focused critique’, hence the post being in Works in Progress).

I’m also wondering what sort of pants to give the guy, either very simple stuff, or a sort of… 3/4 idea, with some hiking shoes under it.

Let me know what you think, and I hope you enjoy! 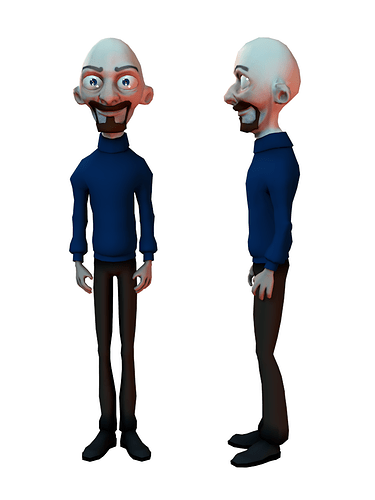 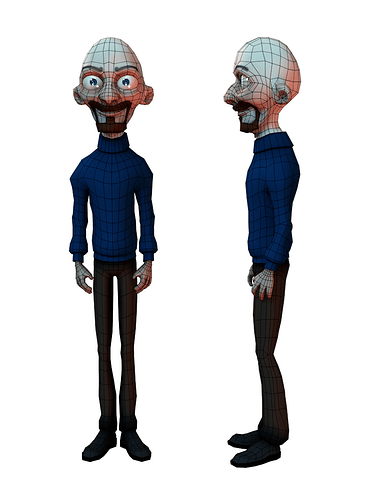 Figured out what sort of pants I wanted for the guy. Still not sure about the hands… not pleased with them, but I was having a hard time with the amount of vertices I had to work with on the arm. Polycount is at 2313 faces right now… with which I’m pretty pleased.

I added a wire render, to make things a bit clearer for you guys.

Done a bit of work on the character today; work done of the hands, head (threw out the old texture), and did some sculpting/baking.