Spotted a few issues with the mesh and had to fix. Would’ve been OK but I had to redo half the UV map too. Grrrr! annoying

Back & forth between cranium & mandible with first pass initial shaping. Taking it steady, concentrating on the overall shape & making sure it lines up with the reference. 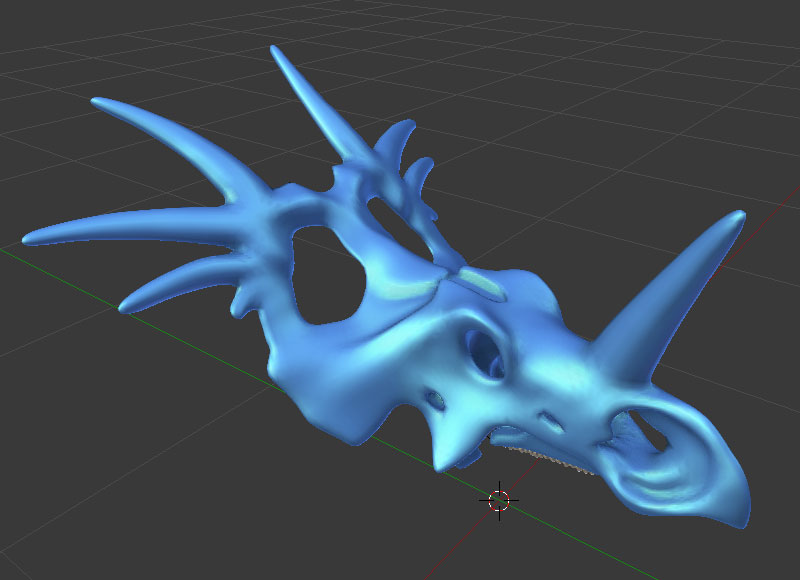 Keeping an eye on the fit between cranium & jaw while I’m adding detail. Want jaw to articulate on the final 3d printed model. 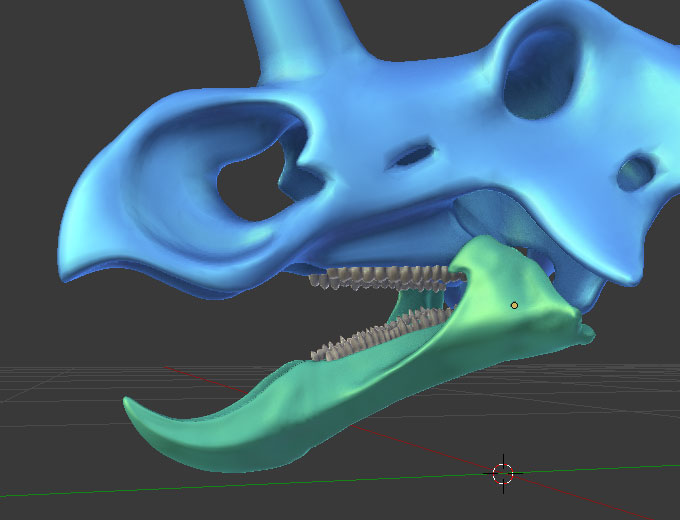 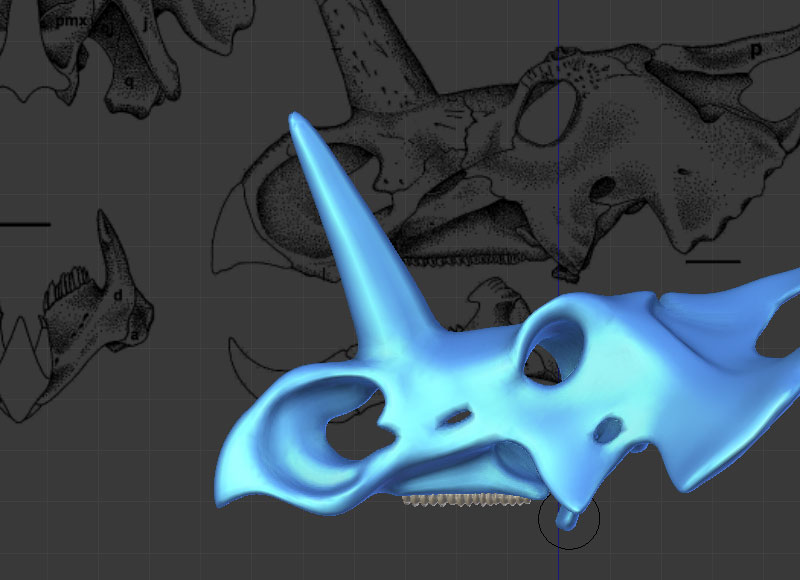 More shaping, think I’ve got it mostly where it should be. Can’t go futher with detail until I add some suture lines, time to crank up the subdivision a couple of levels. 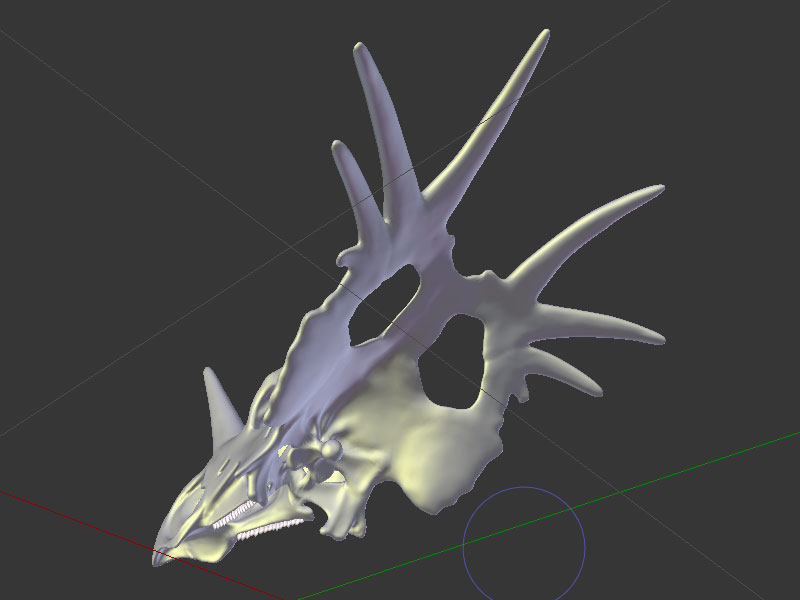 Scrapped and re-started the sculpting twice, the current one’s going a bit better I think (hope). Trying to make some progress over the last two evenings got a bit intense which is why I haven’t been spamming this thread with my usual regularity

. I’ll post some screen-grabs when it’s at a good point, maybe the weekend but not sure. As a break from pushing vertices around I drafted my usual test drawing to see what sizes the scale models could be.

I should cut down on the number of scales I produce for each skull 'cause only a couple of sizes seem to sell, might stick with this size range though. Also thought about making a ‘dual detail’ version similar to the rex head I made last year. I’ll see how I feel after I’ve finished the skull model, it might be worth doing if only for myself. 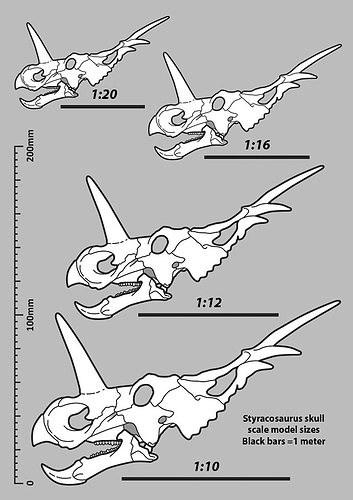 Sorry but TL;DR all of it however a long time ago I found this on the news that a team of researchers photo scanned hundreds of skeletons for this purpose and offers them for free here: Phenome10k.
I strongly think that this is worth checking out either as a guide or for reference or just for the fun of it.

Yeah I’m aware of the phenome10k library, nothing in the collection yet which is useful to the ceratopsian skull anatomy I’m currently sculpting but it’s a good resource, especially for extant tetrapod craniums.

Finally starting to feel content with where I’m at with this. I’ll leave it a while then maybe make some adjusts with fresh eyes.

Had stuff to sort this week so took another break from Spikey. Made some minor revisions to the sculpt and reckon it’s ready to commit to 3D printed version.

Made some extra parts for the final model -

Knuckle and pivot - for jaw hinge (I think it adds a lot to the model to be able to pose the mandible).
Jaw brace - adds rigidity to improve the pressure fit of the mandible.
Pole collar - The model is intended to be mounted on a metal pole, the mounting collar is inclined slightly so that the skull tilts forward at an attractive angle (experienced model makers can adjust the angle to their taste). 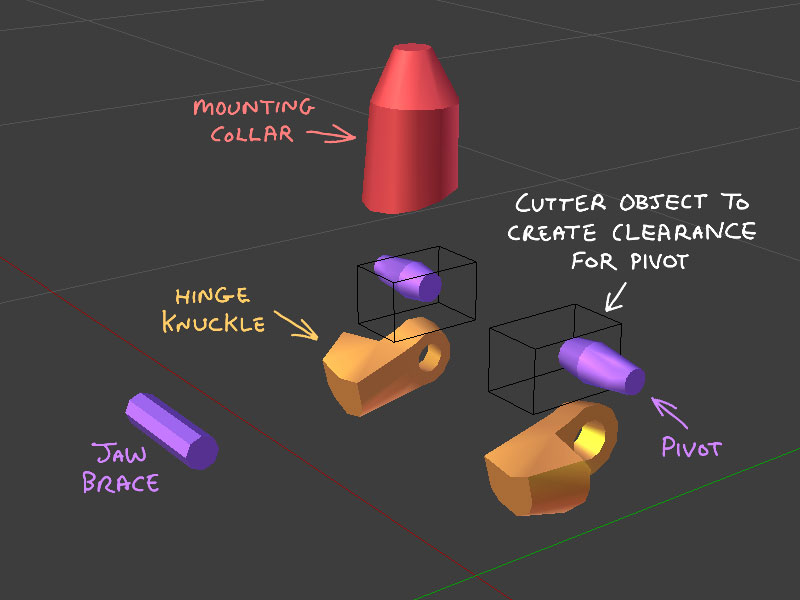 Parts in place merged with the skull mesh. The colours are for quick selection for adjustment but the final 3D print will be single colour. 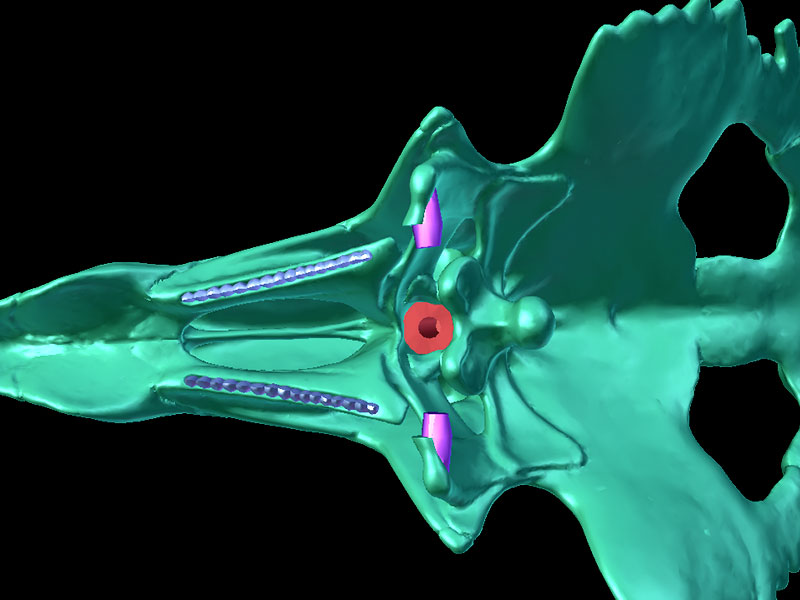 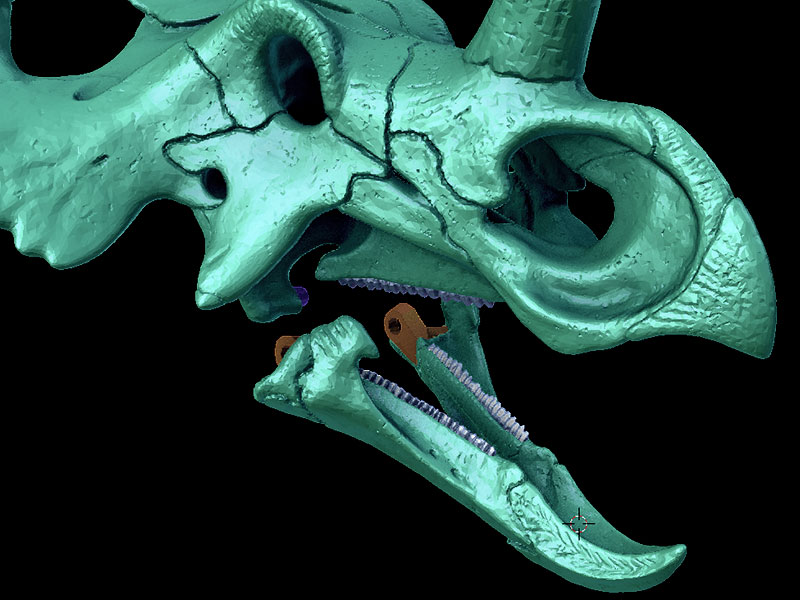 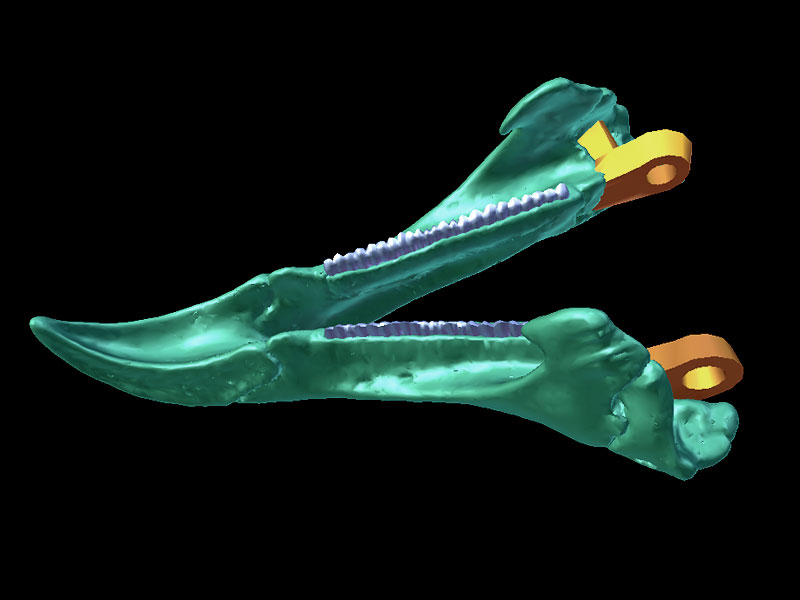 I ordered a test 3D print from Shapeways but it’s not due for 3 weeks. In the meantime I thought I’d bang out a little promo video made with 3D renders.

I’ve been wanting an excuse to try out the Blender 2.8 beta and mess about with the new Eevee renderer so I downloaded the latest build last night. Eevee just crashes on my 12yr old PC and the 3D viewport lags so much it’s unusable. It’s a bit better on my laptop (still old) and Eevee sorta works though only partially.

After some tests I think I can tease out some very basic Eevee animations on the laptop, nothing photo-realistic but hopefully adequate. I’m not even going to bother with the Cycles renderer 'cause I haven’t got the computing power.

Anyway scratched up a quick storyboard, had to fight with the cheap gel pen to get it to work

. The in-frame arrows are loose indications of the camera moves. It doesn’t fully convey what’s in my head but having a rough plan helps me keep consistent an on track. 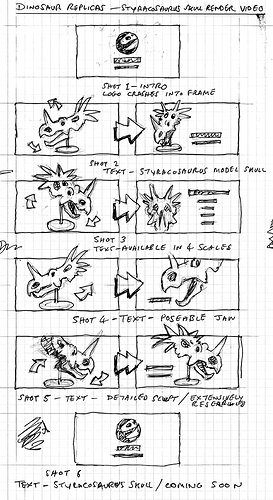 Found some background music for this on youtube, it’s a bit Terminator-ish but it should fit.

Changed the composition of the shots a bit to try to create a bit more flow. Been trying to get my head around Blender 2.8 beta, my ancient hardware doesn’t play well with the Eevee renderer. Gonna try to get some animations out this weekend, maybe being a bit optimistic. 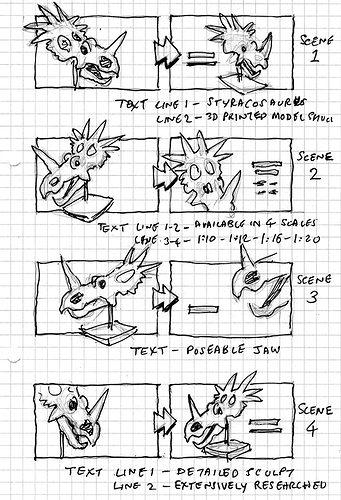 Simple camera arcs over 4 scenes. About 15 seconds each, this frame preview is from scene 1
Don’t know how (or if) a video would turn out. Still trying to get satisfactory results from the Blender Eevee renderer. 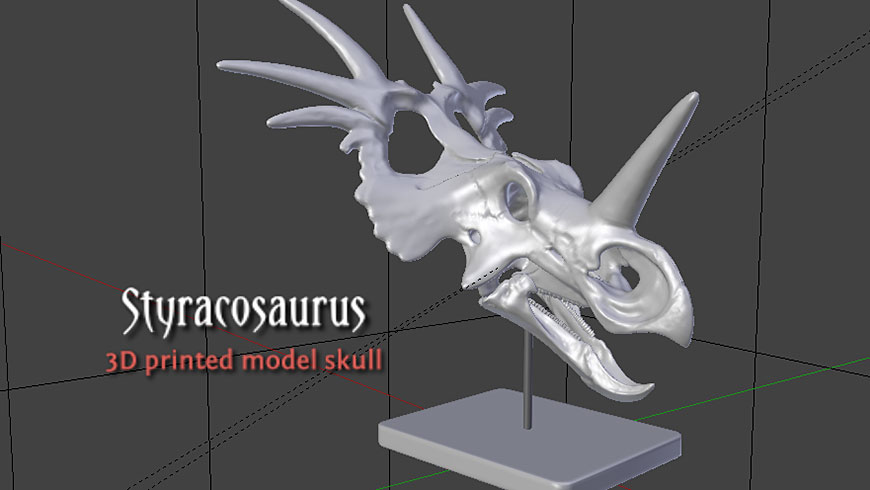 Shot 2 sweeps upward toward the spikes. Not passing up the opportunity to brag about the jaw feature 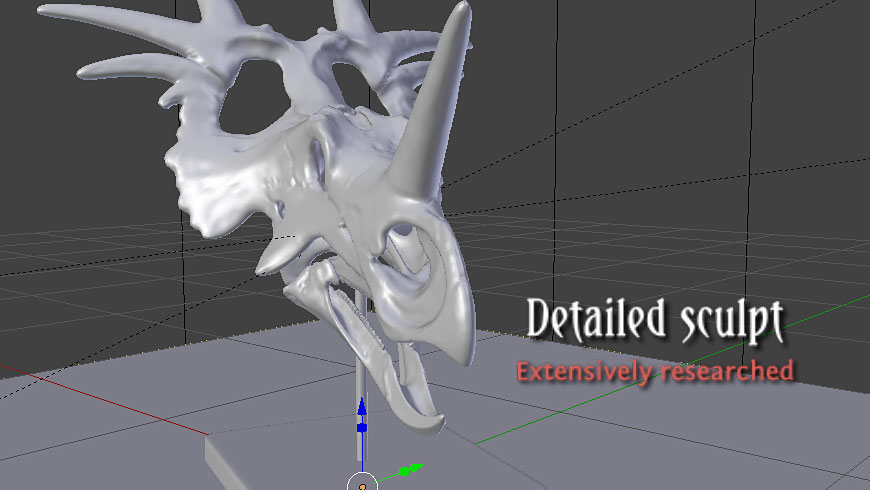 After much whining and whirring from my ancient laptop the video frames are finally done. Making some final adjusts to the video before I put it on youtube. I’m no Spielberg but this’ll do for now. Going to use this (slightly cropped) video grab as the preview thumbnail. 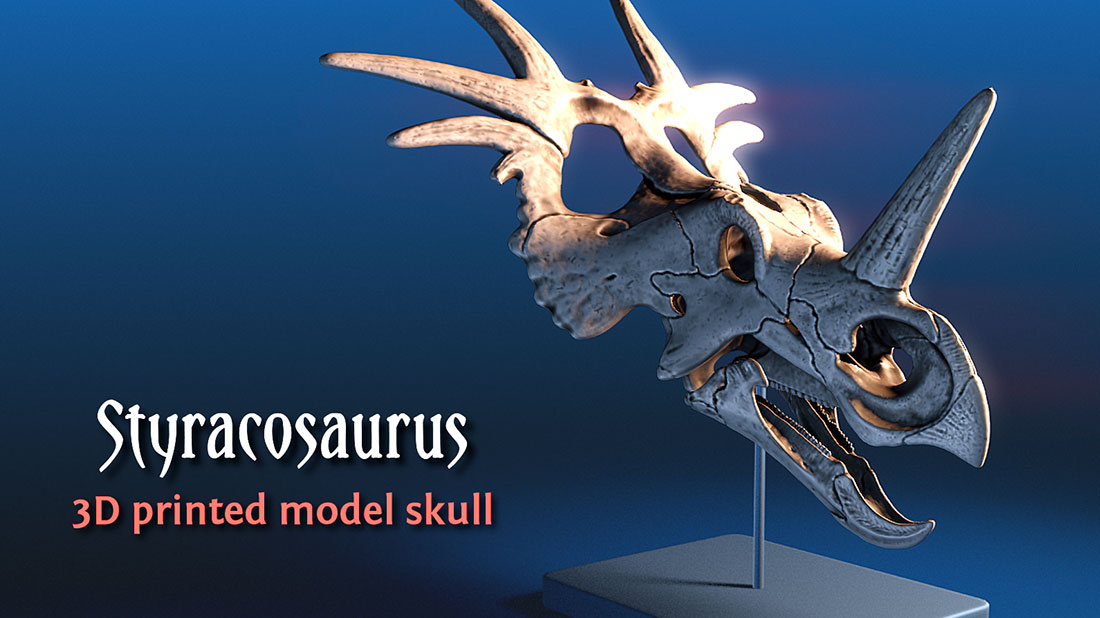 The Styrac 3D print arrived and it’s as expected, gonna give it a metallic finish with dark shading in the recesses. Made a couple of minor adjusts to the 3D mesh before I put it on sale later today.

Made a couple of still renders for the Shapeways page, they’ll do until I get some photos sorted. These are done with Blender’s Cycles renderer rather than the much quicker Eevee which I used for the video. 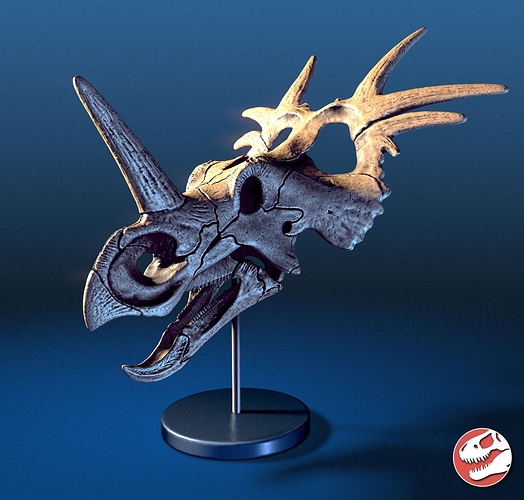 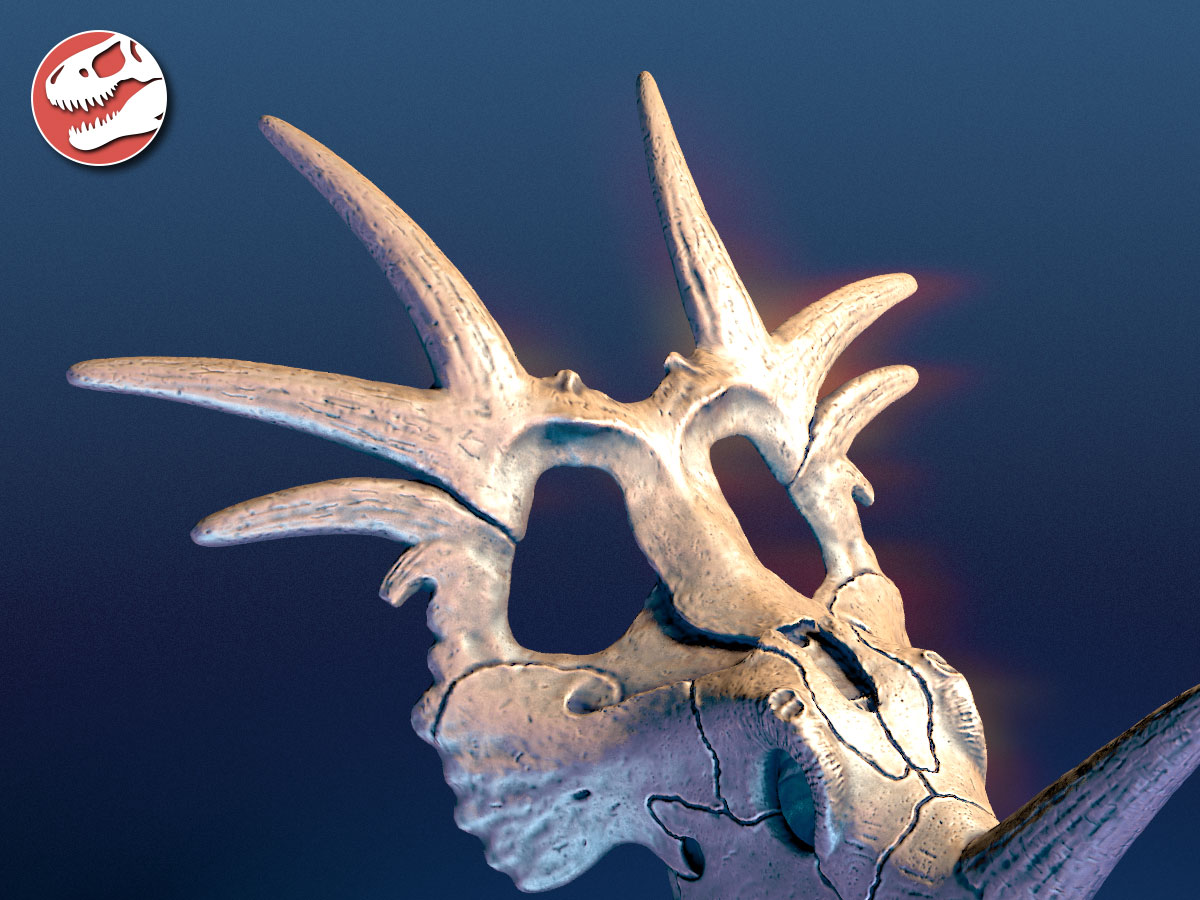 Going for an illustrative look with these renders to show off the form and details, always liked a bit of dramatic lighting with warm/cool contrasts. Photorealism in digital 3D doesn’t appeal to me that much. Anyway, I’ll get some real photos of the model at some point. 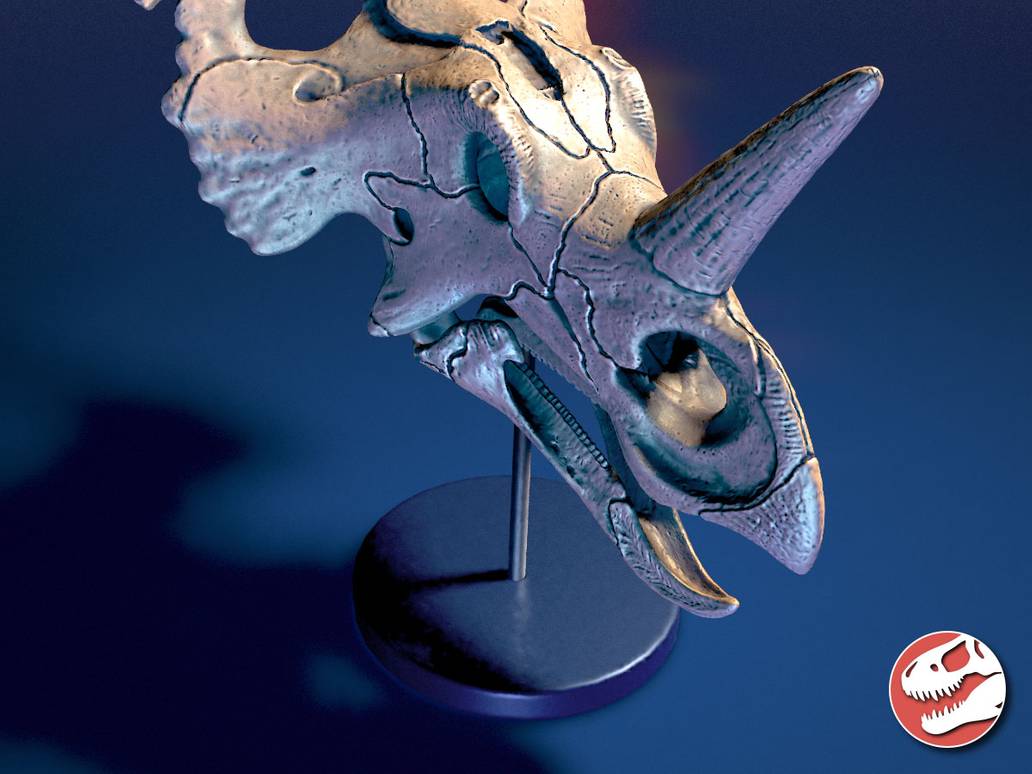 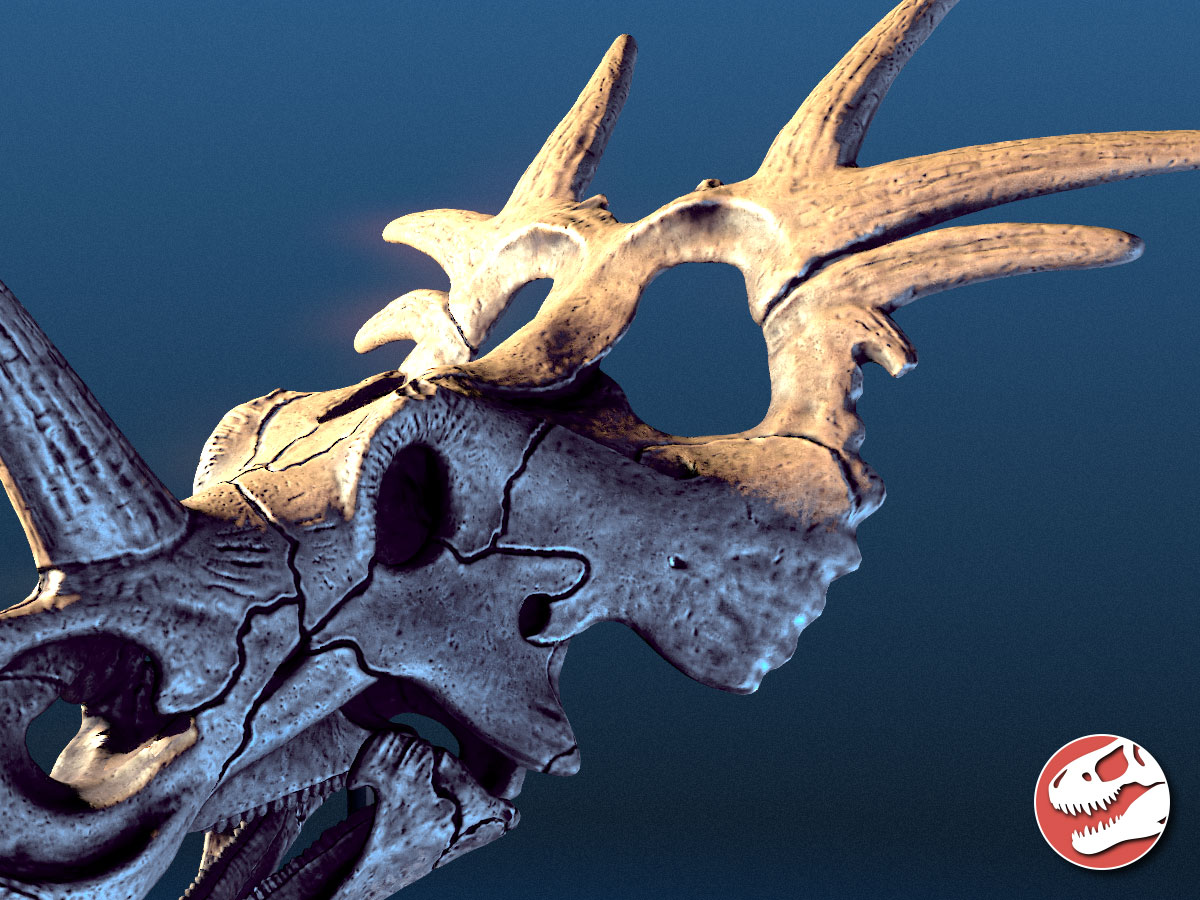 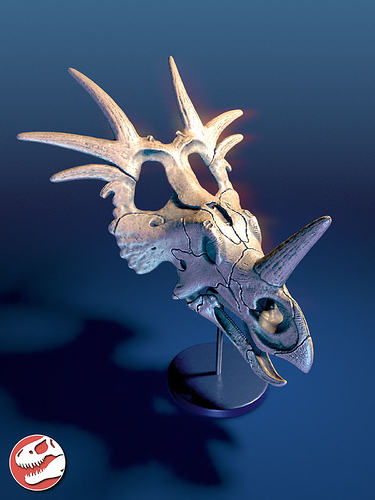 I’ve wanted to make one of these for ages, there’s some spectacular new ceratopsians popping up lately but for me it’s one of the most visually impressive skulls around (and dinosaurs are a pretty visual bunch). As usual I spent far too long on this project. Encouragement from various corners of the internet has kept me motivated though.

Now in 8 sizes! Following a request I’ve made some larger scale versions of the Styracosaurus skull. 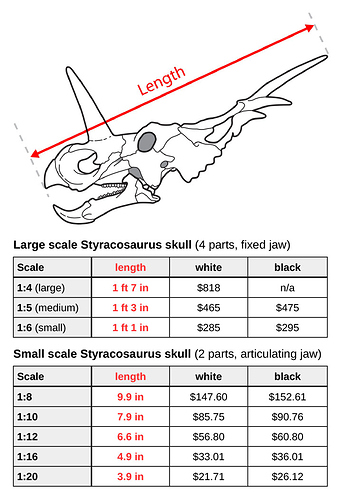 I’ve had to cut the model into 4 parts and removed the jaw articulation (I’m not ordering these sizes myself so I couldn’t test the mechanics). With Shapeways base price + my (fairly modest) markup, the cost for these is a little crazy, too rich for my wallet anyway. 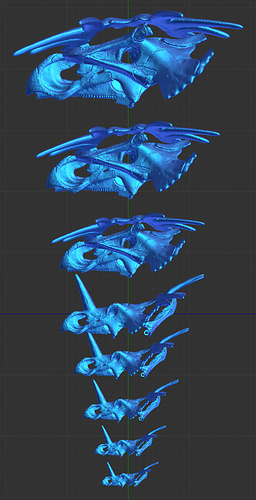 This project now finished. Photos of the 3D printed version can be VIEWED HERE