I’m getting used to the tools in blender and I am trying to model a (cartoon) human head. I am trying to get a triangle with an arch as the hypotenuse by creating a rectangle and then subdividing it. However, every time I try and subdivide, it will move the two end points of the arch. Is there a way to anchor certain points when subdividing so that they do not move yet everything else can? Or is there a better way to do this? Thanks.

PS: A drawing of what I want the end result looks like this: (sorry its so rough, I’ve never drawn something using only keyboard characters before)

edit: When I wrote it down it appeared correct, however when I press save it becomes a jumbled mess, I don’t know whats wrong. Basicly the left image is a simple rectangle, and the right angle is an L with a curve connecting the top of the L to the bottom right side. The top left most point is in the exact same place as the rectangle on the left and the bottom right most point is also the same, however there is no top right corner, instead a curve goes between the two spots

This is the basic idea. Sorry if it is so crude, I did it in paint. 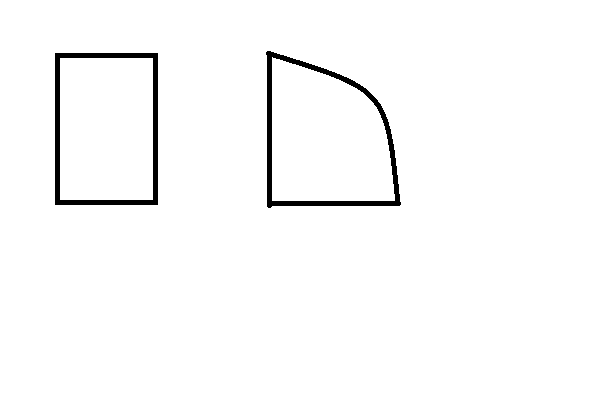 if you really have to use the sudivision surface smoothing for the curve:
you could subdivide it once and then crease the edges indicated in the following image however i would never do it like that: it can lead to unresolvable problems when modeling and rendering later.
better add a circle (or a curve to your liking), delete uneeded vertices and fill in faces like that: I would create a shape like this with subdivision surfaces,… here are the steps.

That should give you the shape you have drawn. you can control the curve by moving the single vertex in the upper right now.

edit: posted the same time as JO5EF. He is correct in saying this method can cause problems down the road. There will be a bunch of faces created along the hard edges. Also, if you do a “remove doubles” it will revert back to the basic square. 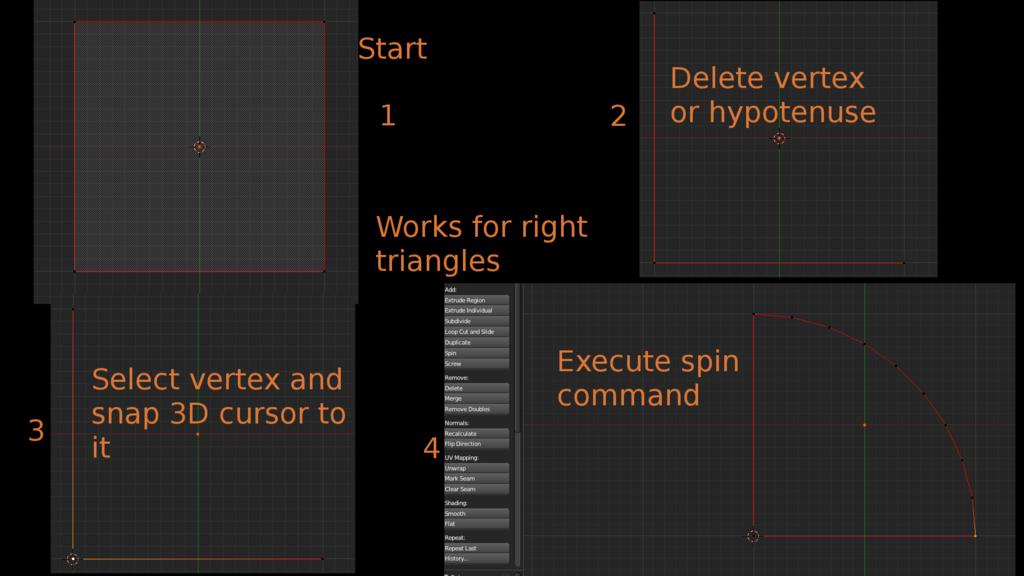 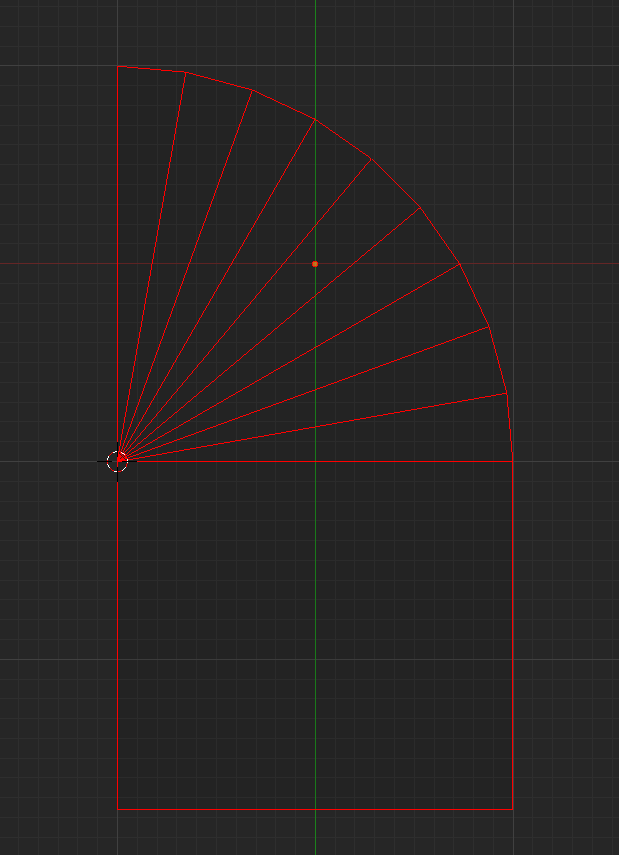