Hi,
I feel like its time for me to jump on the bandwagon and begin another one of these random sculpting sketchbooks.
My main reason for this is that I need something to motivate me to continue creating things, since I’m a pretty lazy so-called “artist”

So my first year using Blender I mostly spent playing around with all the features, abandoning most of my projects half way that never came to a final render…too sad, rest in peace…
However, now I want to discover the more artistic side of computer graphics instead:
(Current Thread Icon) 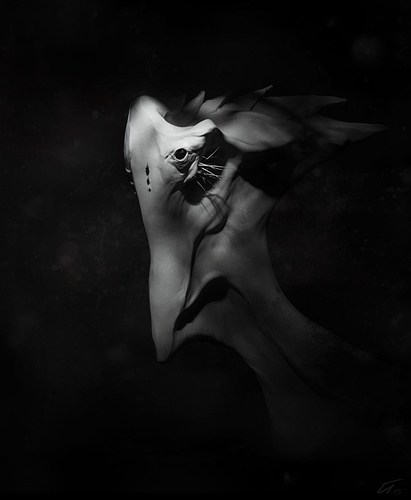 The head is part of a kind-of postapocalyptic character. It initially started out as a try on a cartoon styled head, and somehow the dyntopo sculpt grew to a full body, think I finally wanted to finish something. What I learned from this is that I do hate retopology. I mean, as long as you see the progress its acceptable but when youre stuck in an area…
At the moment I’m finished with all the body retopology and working on this clothing and accessoires, still the biggest part to come. At the moment there are still some issues with the shrinkwrap, like around the mouth, but I ll fix it when I do the multires sculpt:

Like it very much. The addition of dogtags would give it something symbolic. I feel you on the retopological aspect. Have you a name for hisself?

Yeah, i have been thinking about the dogtag for quite a while, but there wasnt anything coming to my mind since it should somehow be a symbol for the world lying in pieces around him. My thought on his character was that he is wandering around and gathers all kind of things that are useful for him and express the diversity of the perished civilisation. Maybe I could give him a dreamcatcher as a necklace, it would show off a more dreamy character ( I think only a person living in his own world could live like this without cracking…or maybe he is already crazy, who knows ?)
Just discovered i will have to resculpt the pants, there are some verts merged at the middle, stupid Mirror modifier.
But what do you guys think about the proportions? At the moment he looks like a mid-aged man in the face and the rest of the body looks more childish?
Cheers!

Small update on the shoes: 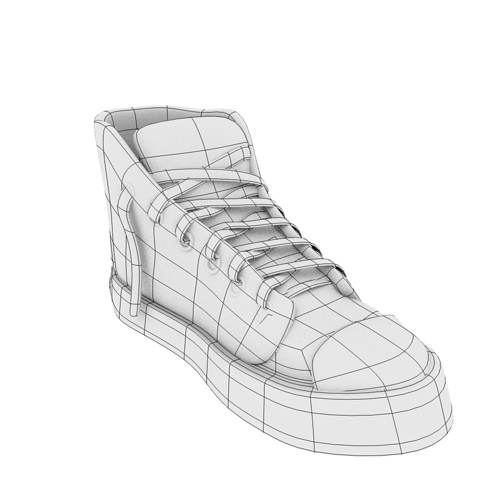 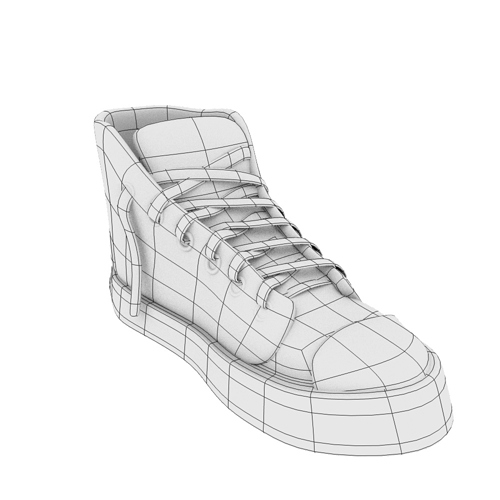 Very nice comic character suboptimal. Still even if its styliesd i would enlarge his lower “body regions” a little ( pelvis, legs, hip ). The size difference compared to the upper body seems too drastic. That aside i really like all the features you added like the broken glass and pot on his head ^^ .
Very clean new shoes too, i bet he will like them. keep it up … this is a really nice concept

Thank you sumolondo, hope this character will really come to life soon, since omehow I feel connected to this guy

Currently I’m working on some headphones, just concepting it on paper at the moment because I am always getting lost during modeling when I just throw in some random pieces. This might be the reason why I’m so painfully slow when I trie to model…argh…but I’m doing this to get it right someday. 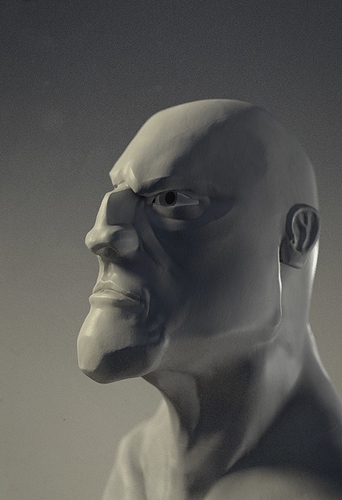 Yes, I know, I wanted to finish the character project, but I think there is nothing more fun and relaxing in CG than seing a simple sphere develop into any object you can imagine, and I stumbled upon this image on deviantart that wanted me to make a sculpt of it, even though it went into a completely different direction.
Since I was pretty pleased with the outcome, I retopologized him quickly and lazy (seems like I’m getting the hang of it, it went much faster this time

His skin texture is currently WIP, first time that I actually paint my textures by hand, and I run into the same issues as when I tried 2d digital painting before working in 3D.
suboptimal (suboptimal) January 13, 2014, 10:45am #8

Applied the Textures, still some small issues whith dark corners and stuff around the lips, and I feel like all the colors are a bit muddy.
The SSS is currently just single-layered, but materials can wait until I figured out what to do with this grumpy guy. Originally I planned to make him stand in a cold environment like in the sketch but somehow the hat didnt work out as good.
So maybe I could add an impressive mustache to make up for this 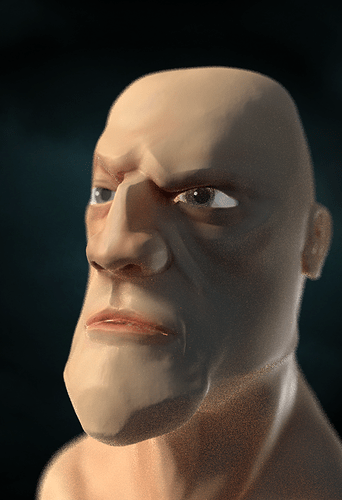 Please give me some honest critique to improve this

The chin and the ear could need some work. I know the chin is ment to be stylized, still i would approach a more realistic look in this case to better match it to the rest of the Head. The ear seems too small and too close to the head. I would try to pull it out a litte and give it a more caricature like shape.
A quick overpaint to illustrate my point: 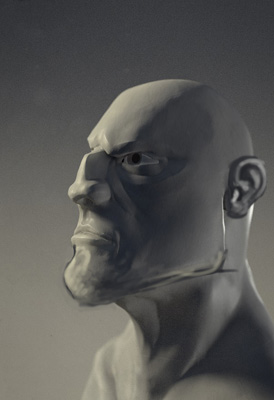 Still another great piece of you mate, more please

.
And yes when you know blender good enough you can really have a good time with it when sculpting.
Hours can morph into minutes :yes:

Thanks for following me on this journey

I really appreciate your feedback, I’m working on it (Spent this day with watching peoples ears… lol) but I figured out what’s wrong with them now. Your paintover helped me a lot to see the actual shapes, your painting skills are
as good as your sculpting

The latest head really looked lifelike!
Hopefully I get this finished quickly, since there are other ideas already in my head and after a while I loose the passion for the project, that has always been my problem, but well. 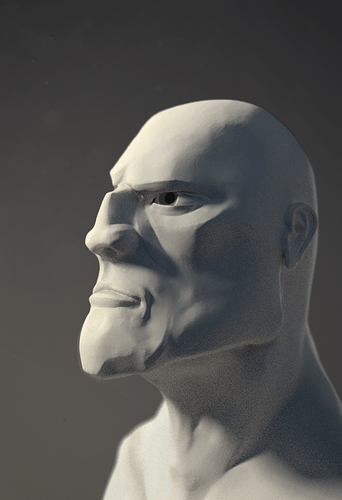 I reworked the chin as proposed and also resculpted and reretopologized the ears, thogh they are still a bit flat and too small, I guess? 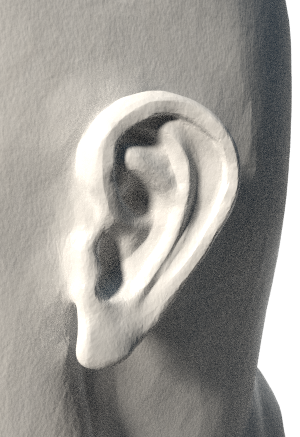 At the moment its becoming a real pain working with the mesh with around 750,000 faces, since I did the ear only for one side, masked and duplicate it to boolean join it with the sculpture, but everytime i tried blender crashed, so Ill have to find a workaround. -.-
Tomorrow it is time to give him some clothing, hair etc. Any proposals on his story?

Im struggling with the beard, so a skin render without: 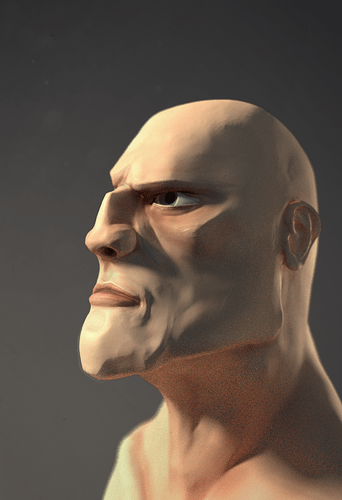 Decided to get back into digital painting to create a crappy looking concept, so that I dont have problems with the design when I actually start to model: 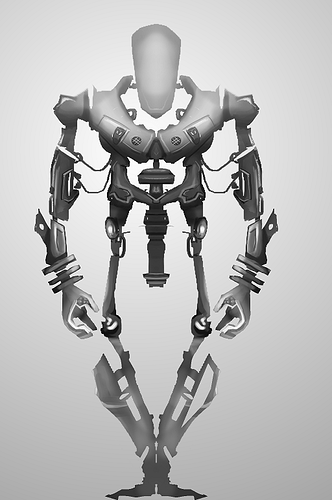 He is supposed to be a lanky kind of mech hanging around on the streets, so he should probably get much more layered dented metal plates, hanging cables, decals and buttons to make the body look less polished. What do you think?
m_squared (m_squared) January 23, 2014, 1:47pm #14

The alien somehow everyone enjoying sculpting creates once. Isn’t he cute? So I’m not content at all with the sculpture, it lacks detail, a good structure beneath and is not defined enough, but well, I already have another project with some more story behind it in mind, and after some problems with my PC I wasn’t too eager to redo this thing. Probably I will someday, because i really like the accessoires and I feel like they deserve to get another chance 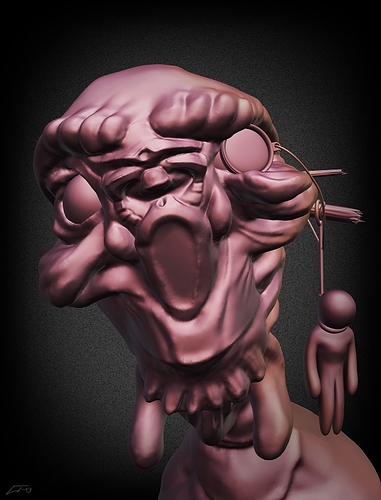 So please forget the one before, I am ashamed of this

This is something older, about three months, I’m just posting it because I want something to bridge the gap. The biggest problem with this one were some color space faults, solving these almost took longer than sculpting and rendering: 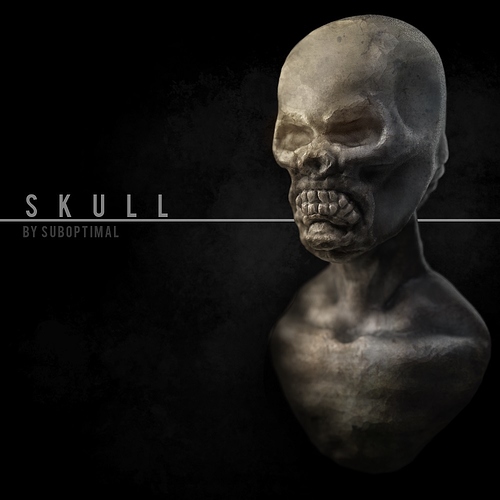 no reason to be ashamed mate, its a concept

Thanks for the reply, I’m happy about any comment

Current work in Progress: Another cartoon head. In the last time I really discovered this style for me, because it offers much more room for happy accidents than the strictly realistic approach, at least IMO.
As you, sulomondo, I began with drawing again, and somehow I feel like sketching is like sculpting: For these stylized things I love making a few fast marks and keep the expressiveness, so at the moment i try to bring this concept over to sculpting: 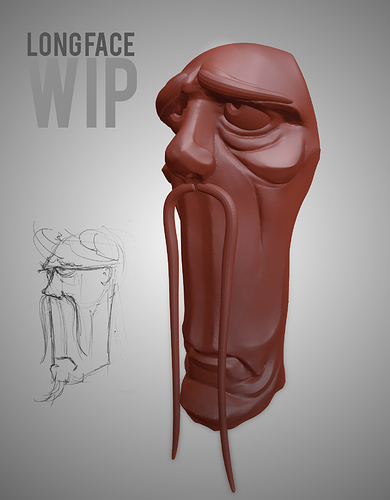 Polish, carve, polish…I could go on like this for years. As always I am ending up with a completely different look then I intended, and as always I forgot to block in the ears

Finally, I decided not to go with this cliche asian beard, but I might add a nice little chin beard he can fondle when he’s in a pensive mood. Any feedback, especially regarding the neck? It looks odd to me, but I cant figure out why: 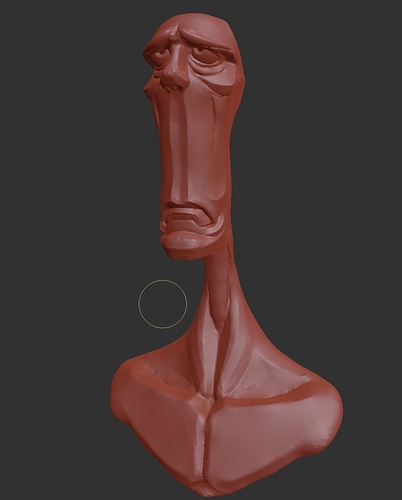 The sternal head muscles seems to end on the half way. You could inflate him a little ( to give him more volume ) around the larynx area up to the area where the ears would be placed ( behind the jawline ). I agree with you about not adding asian beard, it didnt feel right to me somehow. A Chin beard could work and maybe long oily hair and some warts ^^. A old Metalhead comes to mind ( just my impression atm

). He has alot character already.
Just keep it up … this gonna be good