Subsurf not doing what I want with text

I have a piece of text that I extruded a little bit, and I converted it to a mesh. I’m trying to make it like bubble letters, so I added subsurf. But it only made it look like 2D bubble letters, it’s still flat. How do I make it 3D bubble letters, like what you get when you use subsurf on a cube? Anybody know what I’m talking about?

A cube with a high enough subsurf gives a sphere, if it stays to one it’ll be rounded but not very spherical and if you crank it up it i’ll be quite smooth.

That’s not what I mean. See how in the first picture it’s just the normal text. In the second picture it’s subsurfed. I right now it’s not subsurfing the edge between the 2d text and the extrude part of it. I included a little note on the picture. It should help you understand what I’m getting at. 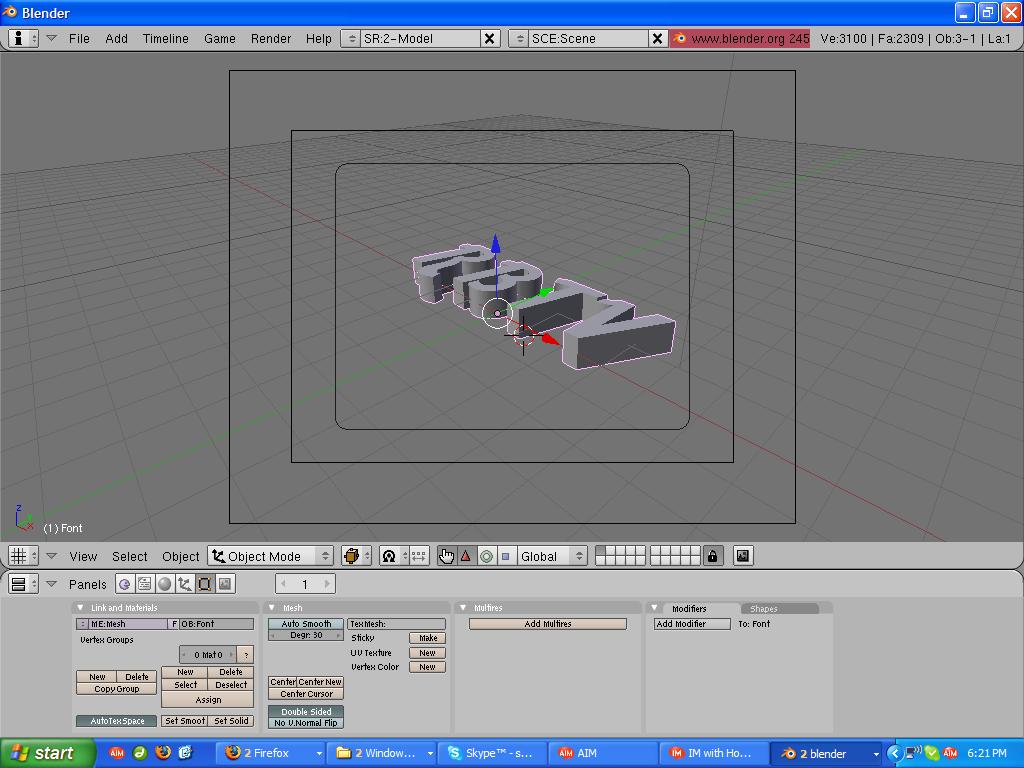 Hmmm thats odd, I guess I cant help ya then. You could always try to subdivide your mesh, but i doubt itll help.

have you tried removing doubles and recalculating normals?

There are 0 doubles to remove, and recalculating normals doesn’t seem to do anything.

Regular point type from text converted to mesh is almost always a great mass of triangles because of how the curve points define the edge of the text - switch to edit mode and look at the triangles. The effect of ‘rounding’ or ‘bubbling’ that you see in a cube being subsurfaced is because the cubes’ quads are subdivided in increments of x4, and a cube with added vertices and subdivisions will not ‘round’ som much as just smooth - add new edge loops to the cube and you’ll see the effect mentioned above where the round sphere- looking effect reverts to a cube with rounded edges.

You might try using the retopo tool to draw new mesh on the surface of your text to get even quads to extrude into a cube form, but another method might be to just experiment with meta objects. You also might look for another 3d program that makes even quad division in text objects - I remember something was mentioned in the pdf blender manual that someone put together to teach at their school - that was a while ago, maybe a year or so. I f I could remember I’d tell you

Is the image below what you are trying to do? If so, proceed as follows:

Hope I understood your question and am not answering jibberish…