Hello all. I am at the moment modeling a sniper rifle. I have finished the basics just fine, but when I try to subsurf the model I get the result on the left. I think it could be an issue with the vertices. There is a wire frame view on the right. Does anybody know what I am doing wrong? 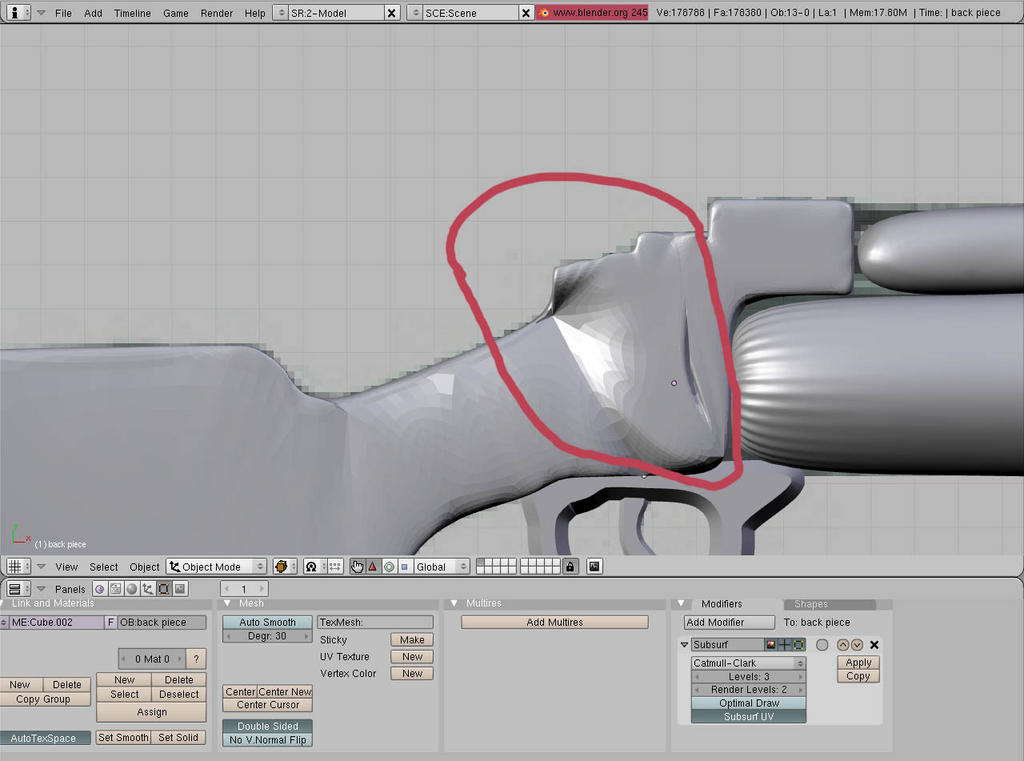 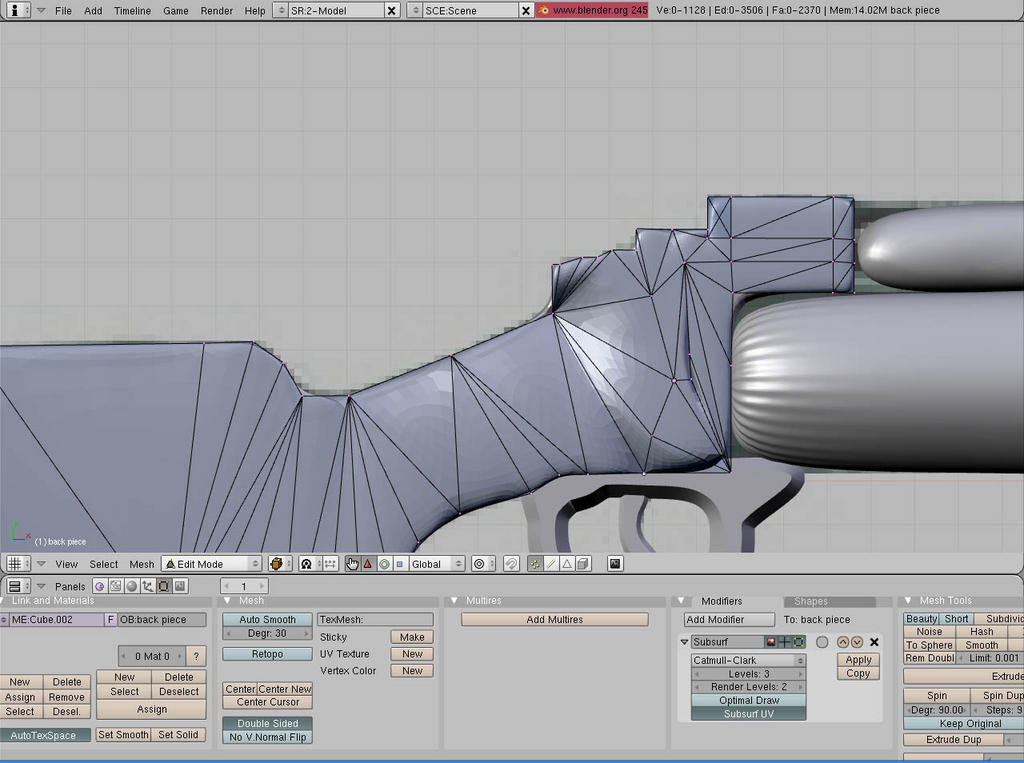 Do you mean convert the triangles to quads? I tried that and nothing changed.

Here is the new topology. 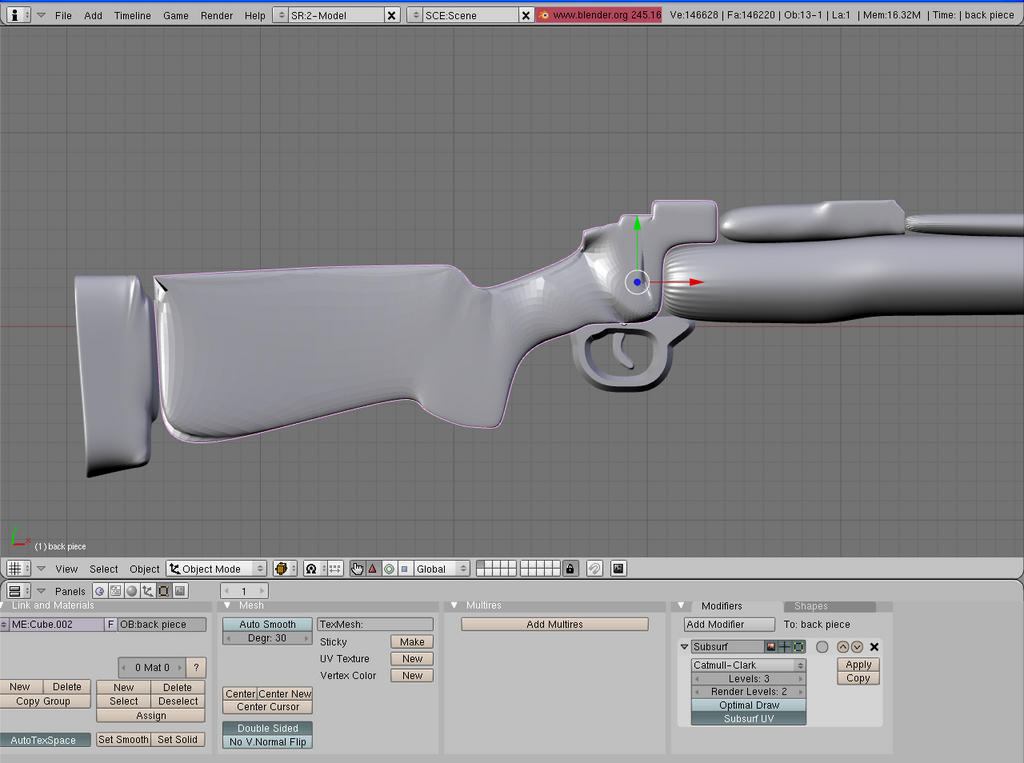 there is one rule. NEVER subsurf a weapon, uless you know 150% what you are doing.

Subsurf tends to be better for organic modeling, but it can be used with mechanical modeling. However, the one rule is don’t use triangles with Subdivision Surfaces. You might be able to get away with one or two if you know how to hide them, but you’re better off avoiding them altogether. This is true in any modeling software (AFAIK).

Blender’s Convert To Quads function is unfortunately a bit finicky, and will tend to miss more triangles than it catches. This means that your only true recourse is to manually convert pairs of triangles into quads. There are two main techniques that will help you with this:

Subsurf is for Quads. You can avoid this problem in the future by only using quads when you model.

Thanks for the advice.