Ive done an exterior of a house and im looking for feedback. Its supposed to be a new build. 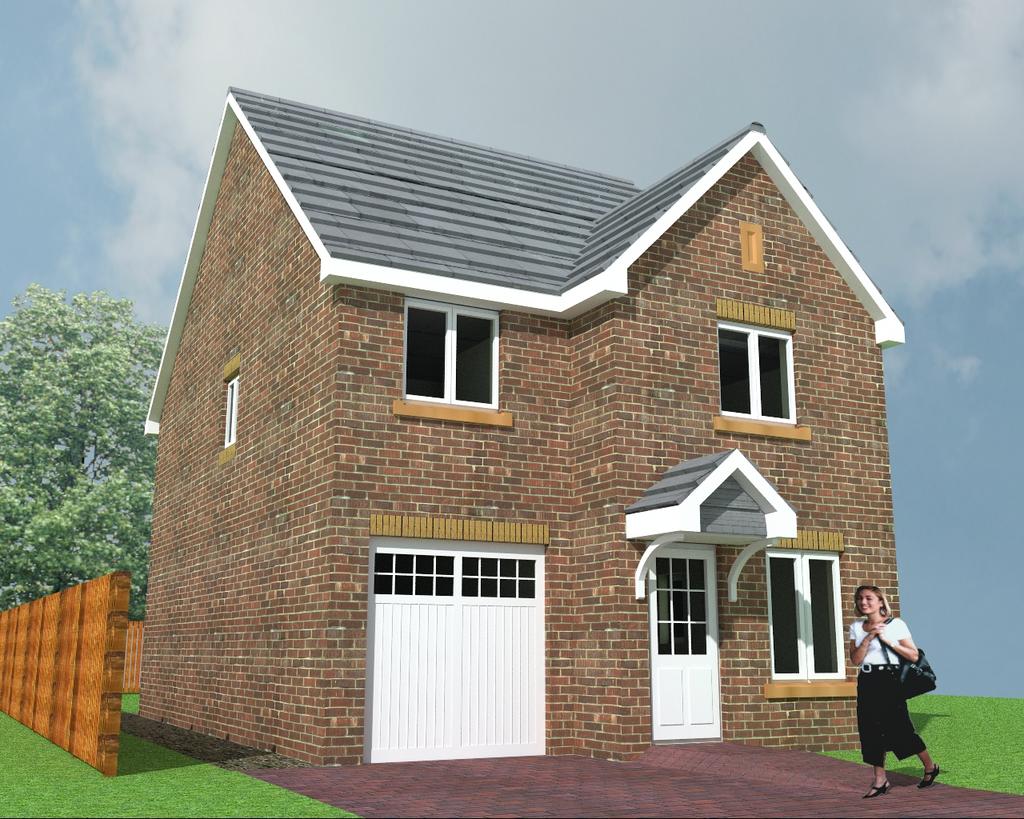 just a couple, there are more things, but I think to drastically improve it right away, you could cover up that horizon line on the right side. It looks so out of place. try using more foliage or something. The model looks good as well. The person is just a smidge big compared to the door. Other things you might want to look into, different fence texture, putting some plants in the garden, putting more grime/age on the building, even though it’s new. Making the windows see through then adding shades, and making a non-tileable texture for the house, and maybe try particles for grass as well.

I think your work would look much better without the “flat” lady. Keep up the good work.

I’m not sure if the garage is wide enough…

also, are you aiming for photorealism in this scene?

Thanks for all the suggestions.

Yes Jezzabetz I really want to try and aim for photorealism but I think its really hard to achieve. Do you have any hints on how to get there? Im seem to struggle with it.

Also Mad Hatteur whats the best way to add grime onto the building? How do you do it through GIMP if thats what you use?

Looks like Yafaray. Direct lighting? Have you tried IBL out of interest, although I’m not suggesting it is better.

Brick scale slightly too large. eg. Front bed windows I count 12 coarses at 75mm would give a window height of 900mm but I’d anticipate the window is 1200mm high? Based on 2.4m floor to ceiling, 900mm floor to window cill, 200mm to 250mm above window head for curtain rail etc. And entrance door depending on metric or imperial might well be 2100mm including frame, but I count 23 coarses at 75mm equaling 1725mm? Also the soldier coarse will be a brick length 215mm so there should be 3 brick coarses horizontally to match, modular.

Bump map on front door panels should be recessed?

Concrete tile has no overhang at gables or facia boards. Tiles look just a bit heavy ie. too thick at thickest edge. Same comment for canopy over entrance door.

Brickwork below dpc would be semi engineering? Not same as facing brick above.

Soffit to facia boards would be recessed slightly and give you a shadow line as would overhanging tiles about 25mm. Including those on canopy.

Brick texture looks a little old and out of place even for new build neither reclaimed looking or new to look old if you know what I mean and it’s a bit wavy + no bump map? Perhaps find a better texture.

No lead flashing to canopy tiles against brickwork.

Canopy support timbers seem to be missing the vertical bearer against the brickwork?

Can’t work out what the grey material is infilling the canopy.

A bit more reflection to the windows, add some surrounding environment to reflect in them, ie just so photos on planes or post pro some reflections in in Gimp or Photoshop.

No Gutter or downpipes.

Windows look about right in terms of modeling not too detailed but not too simple, looks like they do have opening casements.

Entrance door and frame not quite right, door looks like it opens out due to very little frame each side, no brass weather protection to base of door. But no cill to door frame.

I’d really refrain from all the added stuff, person, fence, lowsy grass etc until the render and composition are bang on, they don’t help the image at all, they don’t add to the photoreal aspect.

Do you have a photo of a site you can use for the surrounding, it’s more useful to practice matching your rendered image lighting to a real world environment than creating it all, so much archivz looks totally manufactured where everything is photoshoped in.

Is your camera about 1.7m off ground and horizontal? Use the shift lens function if you can’t get your house framed as you want rather than tilting the camera which has introduced the converging verticals. Also might help with camera POV, if your modeling to show a house type then maybe house located center of image is ok, but consider rule of thirds and improve the composition a bit as well in where you locate the house in the frame, working from photos of an existing site might lend it’s self to improving the composition as well.

The render itself is not bad at all.

Are you using a linear workflow? If not consider it.

Also Mad Hatteur whats the best way to add grime onto the building? How do you do it through GIMP if thats what you use?

If it’s new build then there won’t be years of grime, more like mortar splashes where the scaffold was.

There’s a lot of other stuff needed before adding grime I think.

The almost complete lack of shadows in this render makes it look less than it actually is.

The scale of the human figure vis-a-vis the house model shows the two to be entirely dis-proportionate, so the setting (and probably the lens selection) needs to be reworked … but the house model works well enough.