Hi guys!
I want to show you the short movie realized by me and other 2 people for the University.
We had simply to create some characters and a script without any restriction.

I hope you enjoy it.
I would like to release all the blend files under the Creative Commons 2.5 License.
Maybe I will create a torrent with all the files if someone would be interested in.

You can watch it from Vimeo http://www.vimeo.com/1348061 and at the bottom of the page is possible to download the AVI file.

NOTE: The male character is inspired to Vincent by Tim Burton. 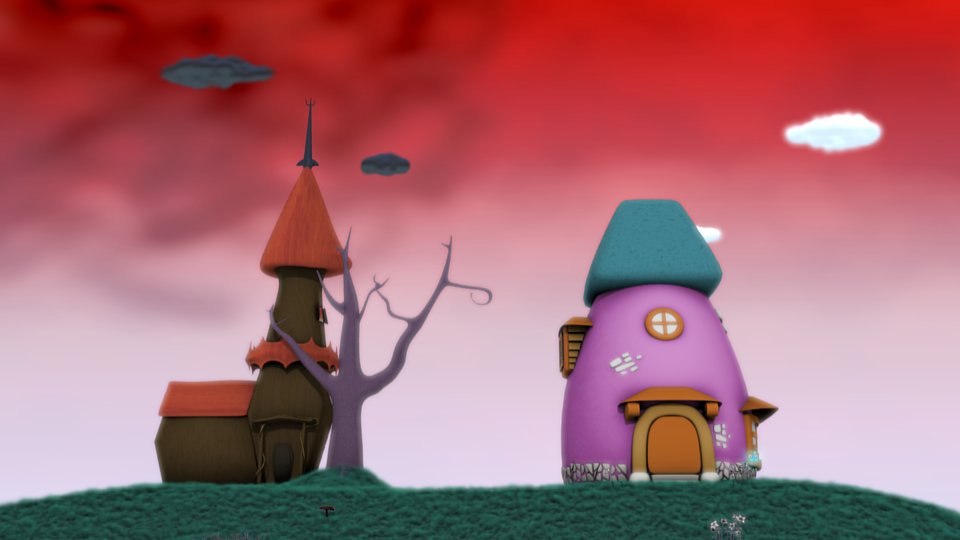 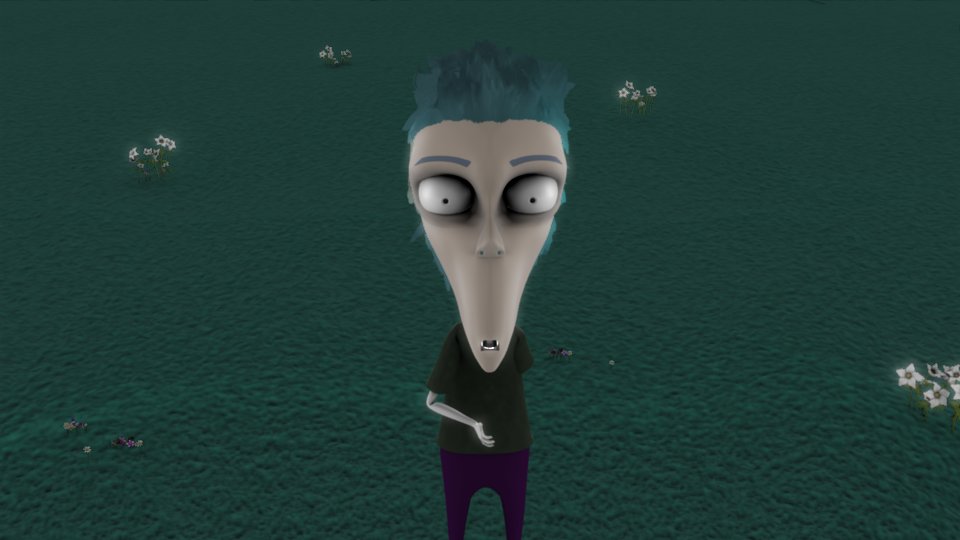 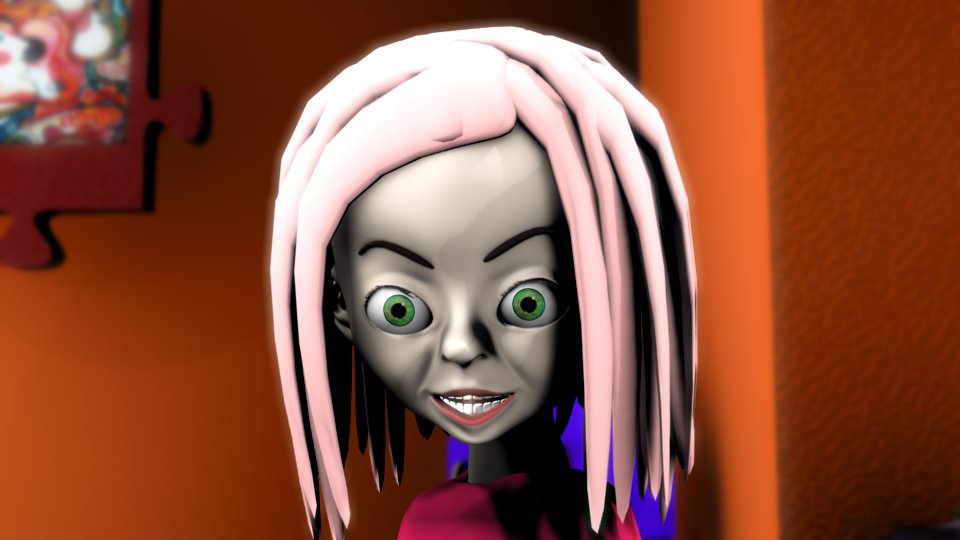 That was…a bit weird. I think I get it though. One crit I have is the amount of glow; the girl and outside scenes glowed a bit too much, and it seemed like some of the detail was lost because of it.

Some stuff you might want to bear in mind for future projects:

People notice sound. It’s got to blend together properly, if a clip stops dead and there’s silence, it will jar people. No matter how smoothly animated, it will seem stilted and jerky. People also notice if you recycle samples.

Skin textures were the only other serious problem in the video; If you have the inclination, it would be well worth rerendering all that with SSS skin. As it is, they not only don’t look like skin, but they don’t look like any other natural substance - that makes what could be a pretty decent bit of work seem really amateur.

Otherwise, looking past all that, brilliant.

EDIT: I thought the glow effect was fine - it adds to the style if anything, and if it detracts, it doesn’t do so nearly as much as the aforementioned skin texture.

LOL. What is it…some kind of kid without parents, with cruel sence of humor trying to recreate his happy family in a toy world or what? Poor girl she though that he likes her.

Anyway…not a bad animation, needs a lot of work though…you timing, sound (especially outside scenes), shading…etc,etc.
Keep it up.

The music was a bit choppy, changing from one song to the other and then back again etc. And i dont really think the Big Buck Bunny soundtrack really fitted with it.
There was also some vector blur errors, like the floor blurring when he threw the bag of eyeballs, it happens sometimes and can be tricky to avoid.

But overall good work. It takes a lot of time to do an animation like that and you managed to convey the story well.

Nicely done even though some things are bit choppy and need improvement. Besides the allready mentioned stuff I think the intro was a tid bit too long for the movie.

On a side note you are using the BBB soundtrack and I do not think you are allowed to unless you have the permission of Morgenstern. It is published under Creative Commons Attribution-Noncommercial-NoDerivativeWorks 3.0 and you have definetly created a derivative work here. So you might want to check back with Morgenstern. And do put him in the end credit. You should do the same with the other soundtracks you are using.

I also suggest you do a HD render for vimeo. Simply rerender your video using a resolution of 1280x720 and use FFMPEG with the h264 preset. Now lower the max bitrate to 5000 and you are all set for vimeo in HD.

Thanks you all for your suggestions!
I was scared about some soundtracks copyrights problem.
Maybe I will compose by myself all the soundtrack to avoid this kind of problems.
This one was made during the long night before the delivery.

For the HD version I need to re-rendering everything, cause it has been rendered at 960x540 for time problems.

I will try to use SSS for the skin

Looks a bit too much like Tim Burton’s Vincent to me. Is this not plagiarism? it does. i think they copied the style maybe.

Well, another thorny matter.
Yes I like Burton style and the short movie is inspired to Burton movies style.
Maybe it would be specified that the character is inspiered to someone else chara.

Told so, I don’t think there would be serious consequences, because this is just an educational modeling and animation exercise without lucre intentions.
But yes, it must be specified.

If I am wrong you can tell me.

The intro animation, is fantastic. It has … a soul. The “Burton Influence” is present, no doubt.The bigger problem, in my opinion is, as evilkillerfiggi said, the lack of sound coherence, with a lots of silence holes. If I were you I’ll try to execute every animation movement by arcs.It would give the actors more armonic pathos.