I’m happy to announce that i finally finished my game demo of Super Blender Galaxy a and am releasing the all the blends with it. Of course there are still some blends that didnt make it into the demo. this is only because things like the bowser fight and other stuff were incomplete. I decieded to keep the files that were nessesary to the demo itself in order to keep the file size “lower”.
All in all the demo is great. It has a start and end. Unfortuatly I was the only person that worked on the game so getting everything done was nearly impossible. The main mario charcter has so much more mechanics that arent being utilized. In the demo i tried to get as much of his cappabilitys out. Some of the camera features didnt get to make it in aswell. Its sad because these features are still part of the main mario groups i just needed more level design to get them in. Maybe after more people play it we can collaborate on some ideas.

So without further ado i present to you Super Blender Galaxy

Looks good Carlos keep it up. Glad to see a Classic like Mario coming back to life inside of the Blender GE.

this is so incredible the camera system is pro i have never seen a blender game like this. VOTE CARLOS FOR THE CONTEST WINNER

Sorry it took me a while to edit this page. I hope the people that visited the wiki didint over look my game due to the lack of images. These were some cool images i had. Still havnt cast my vote. I understand that making these games took some effort and most of u probable put a piece of you soul in it so I will make it my goal to play them all. I hope u guys do the same.

This is the one game on that list I’m actually looking forward to playing, besides Tectonic or maybe rorkimaru’s.

Aren’t you the same guy who did the Yoshi’s Island type thing about a year or so ago? That was beautifully done for the most part.

It was really well put together ^^ While I can say it needs sounds, I can’t really help with that, I’ll just ask for something like a Shove, or a red glow when you get hit, so you know “Ouch” rather then seeing your health go in the negatives before you notice hehe C:

Also, a bit of smart follow for the camera on marios back would be nice ^^

@ MrHippieguy Yea i did make that yoshi game. This was far more advanced. It was my first real python python project. Hope i got ur vote. some more feed back would be nice. Yea i think the main problem with my controls was when u go upside down i hade to give up on the directional movement. I ended up figureing out how to do it later but i didnt put it in. If everyone had a controller i may have done it.

@ Ruelle Thanks. I agree on the health issue I just got caught up with the deadline and was unable to get the save and health system finished. And for a smart cam i should have done it. It was already implimented i just didnt apply it. Looking back at the game it would have been easy to do. i feel dumb for leaving it out now. For the most part i was pretty proud of my camer system. There is over 6 different cam styles only 3 or 4 made it in the demo

I would like to get everyones feed back on the game.(fps,textures,controls) Should i make these updates in the next release?

This is amazing, I downloaded this last night and wasn’t expecting much 'cause I didn’t see screenshots, honestly. I judged a book by it’s cover but what was in the pages was simply ASTOUNDING! I loaded it up today, and was shocked.

This was beautifully made, I even ran towards the water going “There’s no way he’s going to be able to swim…” and when he hit the surface he actually started swimming.

This has given me more hope than you can imagine, and I’m confident now that Blender can seriously make some amazing games! I was a little skeptical when I started looking into the GE a few days ago, but after what I’ve seen the community has come up with… I think that this may be the best program we’ve been given by Blender!

Thank you so much, and I’d love to see the final when you’re ready to show it to us! Great work!!

All of the other textures work fine. 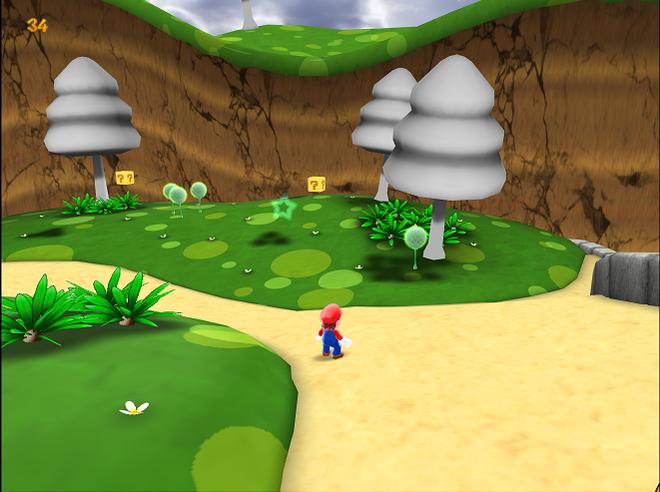 Without a doubt, the best BGE game I ever played! Five stars from me! I got stuck on the trampoline , he wouldn’t jump on level 3 or four…
Excellent game nevertheless, animation, illumination, textures, game play, dynamics, etc, everything is very well done!

Amazing Job. Your giving Nintendo a run for their money!

@ Ruelle Thanks. I agree on the health issue I just got caught up with the deadline and was unable to get the save and health system finished. And for a smart cam i should have done it. It was already implimented i just didnt apply it. Looking back at the game it would have been easy to do. i feel dumb for leaving it out now. For the most part i was pretty proud of my camer system. There is over 6 different cam styles only 3 or 4 made it in the demo

I’d suggest working on an options menu if all of its done and ready, sit down for a few hours and slap on a menu to change the settings? ^^ even if it doesnt save per launch, it’d be nice to have the option, and would help you get feedback on what camera feels the smoothest

Is there a chance you could share how you achieved the puffs of air behind mario, and the “soft” shadows.
with the shadows i presume that you’ve baked onto a texture (fake ao)
And anything else?
You should network this!

I am so glad everyone is happy with the game. Only a few disgruntled contestant fans. I think i was reported to Nintendo. I sent an email to Nintendos IP agent. I may have to forfeit the contest and cease my work on the project due to this jerk. When it comes down to it, it is my fault for replicating a Nintendo franchise. I guess i didnt think it would come out to be so good. I’m sure if it looked like crap no one would complain, but this obviously isnt the case.

@ agoose77 All the files are there for u to pick at. The particles are alpha textues i made in gimp. the have a fade , and scale ipo on them. they are spawned by a rig called run_smoke. The run_smoke rig has an empty parented to it that has a random ipo. These groups are in the props/box_fx blend. These groups are then added to anywere the mario groups are added. The marios goups are inside characters/mario_yoshi.blend and mario spawns the run_smoke rig, which spawns the smoke poofs. this is the same for all the fx. so to get mario to work correctly all these groups need to be in the same file as mario, but in a different layer. run_smoke, jump_smoke, wall_smoke, stomp_smoke, and box_fx. Its best to just add every group in that file just to be safe. I kinda packe everything in it. In hind sight maybe not such a great idea, but it works.

Bem, Carlos, your little game might just hit the news, if it haven’t yet! I still couldn’t use the trampoline, but still, it might get you into trouble. As I commented, a few weeks back, you could have added an original character, and ideas, with your skill, it would have been easy. But then again, copying a franchise, means you can do as good as the Nintendo Dream Team. Their Boss must be like: "What are you guys doing? This guy out of nowhere did a portion of what I paid you billions of yens for… I might just replace you all for that one guy! " This could be big or bad!

This an amazing work! So much work, such quality ! BRAVO !!