I’ve been using Blender for 4 months approximately now, and I wanted to put in practice what I’ve learned with a first game.

So let me introduce you “Super Tank Down” (temporary name), a simple tank battle game (with some cell shading effect) inspired by Super Smash Bros.
It’s a local multiplayer game. The goal is to knock off the enemy by shooting at him.
For now the battle system is fully operational, with a lives counter / winning screen etc … I am working on some additional stages, and a power up system. Since I don’t know python very well it is totally coding free, only logic bricks.

I am working on this project only during my spare-time, mostly after work, so the progress is very slow. But I will finish it, even if it takes years !
The content of the final game will be quite simple, 6 stages, 3 or 4 power ups, and the possibility of playing with 4 players on the same map.

Here are some screenshots, tell me what you think ! 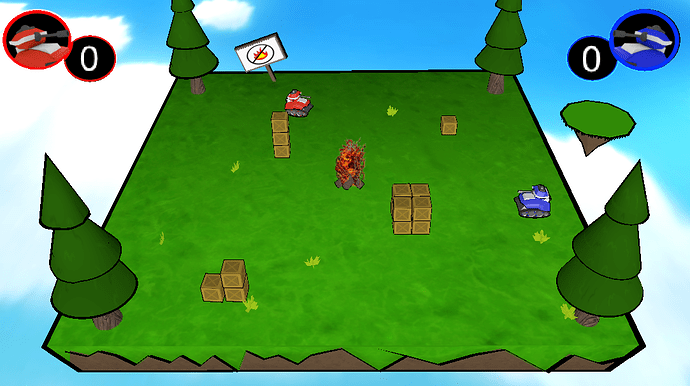 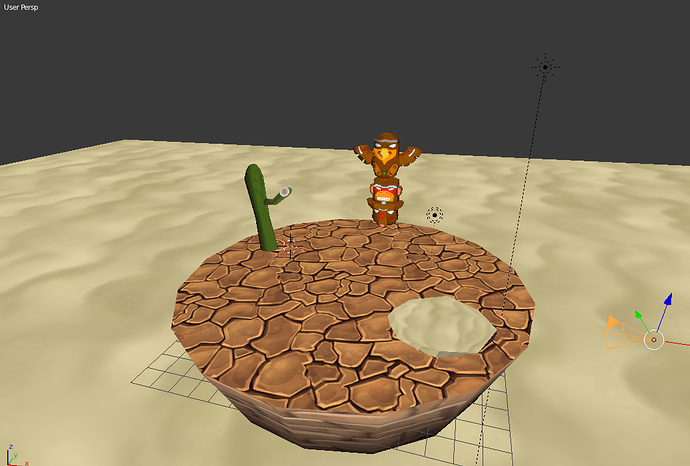 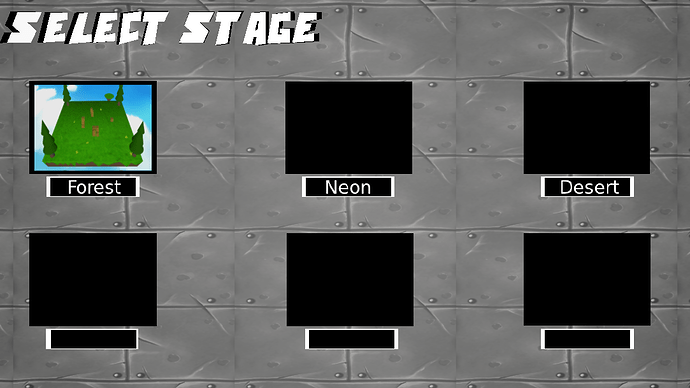 Still lot of work to do ! 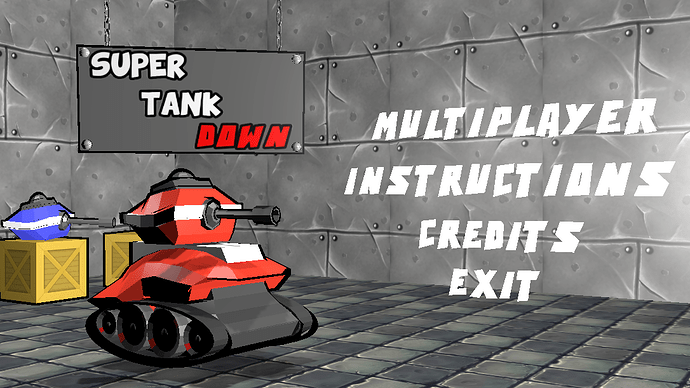 Actually I am wondering if I should add some shadows on stages, but i fear it could ruin the “cartoon” aspect. I will do some tests to compare.

Yes,I think that the subtle shadows don’t hurts-give the depth but need it to test how it will look.

This looks like a wonderfully fun game to play.

awesome. i got an idea for a special weapon. its a slow moving rocket, that doesnt damage the enemy tank, but pushes it into the rockets flightdirection. if you are too near at the edge of the arena you will be kicked out or you will get pushed at a mine. there shall be a counter. the tanks shall have the ability to jump, but with a cooldown. so if a rocket comes at you, with the right timing you can jump over it.

Thanks guys ! It’s been a long time since the last update. In fact this game is not cancelled, but at the moment I’m spending less time at it, in order to learn new things concerning BGE. I am making little per little improvements ahah. I will post something soon.
@S-markt I like the idea of the rocket man ! I keep it in mind