I’m working on a surrealist still life. I love the way the lighting is, and something about the mud cracks are appealing to me. But, I don’t know how to make them look better! I need help. I’m also doing a render on wood floor, just for sake of ease, but it doesn’t have the same effect. 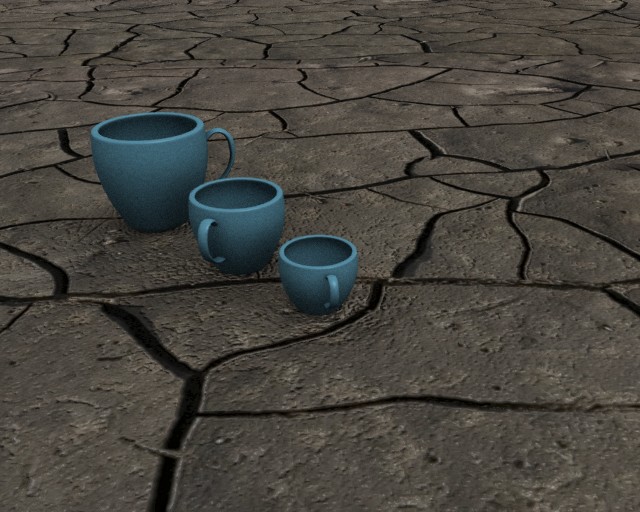 Edit: I just realized that the wood defeats the surrealism. Time to get creative! 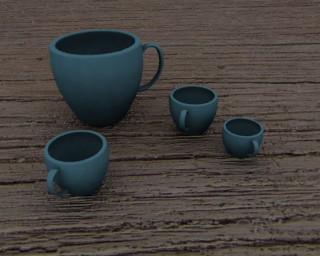 Model the cracks in the ground from the first one! But keep it one object and just map the image on from the top!

Put a pieces of hampster into the cups. >:) (Kidding)

Put a flame in one cup and a figurine coming out of liquid in the second and Murcury in the third… I dunno, just some ideas.

Haha, thanks, those are all great ideas. (except the hamster :-D) I might do some fluid sim to see if I can get good coffee, and then do coffee spraying upwards out of the cup, by turning the scene upside down.

Maybe add some irony? How about an oversized hand reaching for the biggest cup (revealing that they’re all tiny) or, fill them with water, and portray a creature so tiny, it can’t get to the water? Keep your creative juices flowing!!

Yes, thanks-- I think I’ve got some ideas. I’ll try to implement them.