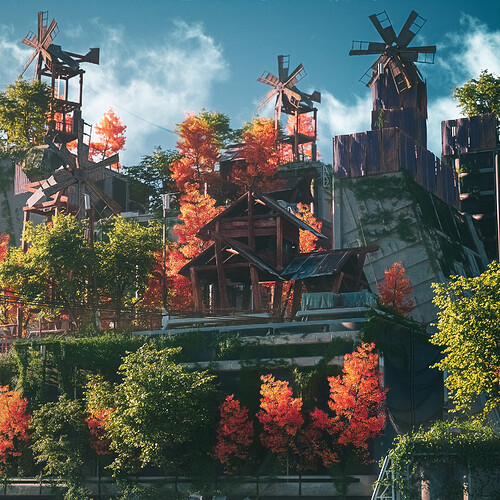 108Square1920×1920 1.56 MB
AWC 108
Last weeks artwork went crazy! Thank you all for liking and even following. Also, huge thanks to Ian Hubert for sharing it on Instagram
If Ian didn’t share last weeks artwork, I would’ve never gotten so much love from it. So as a response I had to add onto it, I commented that I should make my own “Central Loop” from the game Dying Light 2 and here it is! Like last week, I wanted to give it a slight original feel rather than copying a scene from the game entirely.
If you guys saw my recent story saying I had to split the render into little segments to save on VRAM, you know why now. There is sooo much vegetation in this. Honestly, I think this one has more foliage than some of my older stuff combined!
Now Blender 3.0 Still has tiled mode, and this is super handy as it can be quicker than the standard progressive rendering sometimes. The problem is it would kill blender after rendering (after it reads from the buffer). So the only way I could render this without dying inside was to use CRTL + B in the viewport and render those regions and then stitch them back together in Photoshop. I used three render passes, combined and environment and then AO for a preview. 4 images per pass, so that was fun to work with.

Here are some behind the scene’s images:
Here is a comparison from render and post work in photoshop (Final | Render) 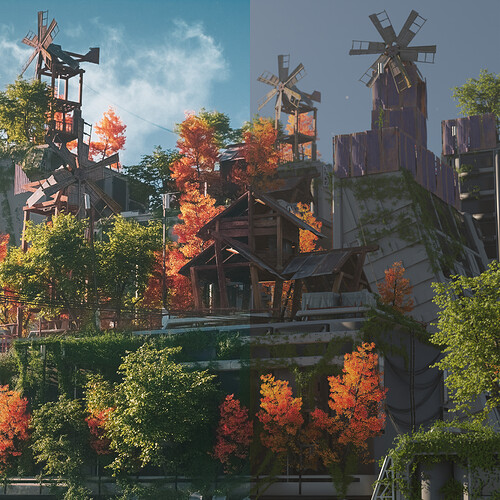 An AO pass so you can see the artwork without all the textures and so on: 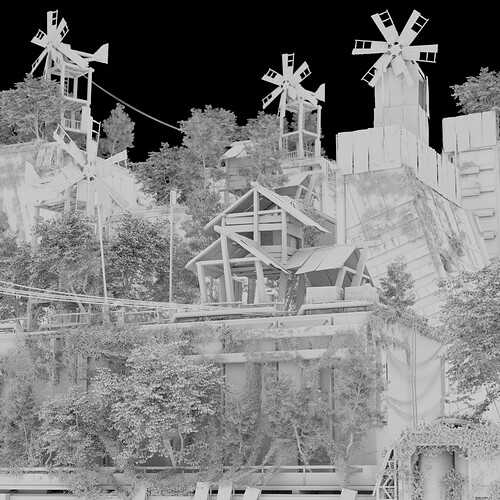 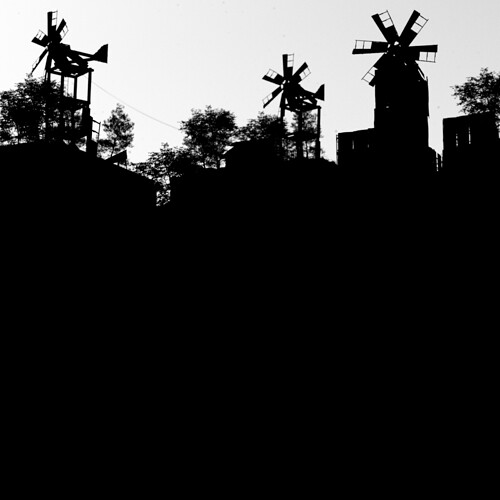 Give it some love on my insta: @pleysiertom on Instagram

And check out the rest of this year’s artworks on my website: 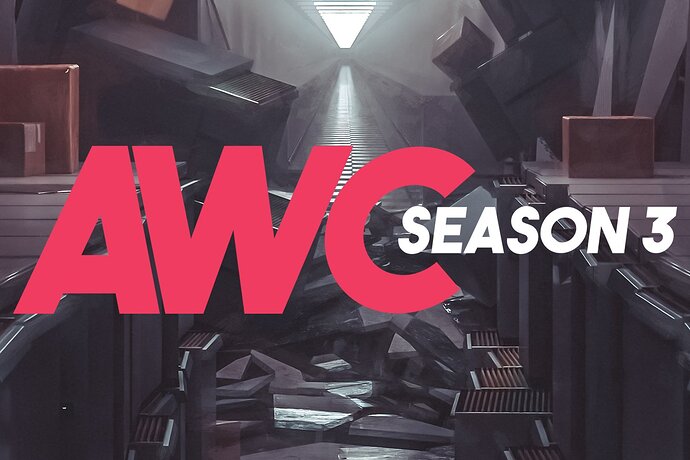 AWC Stands for “Anyone Wanna Chat”. Name doesn’t really make sense considering its an art series amirite? Anyways, AWC is my weekly artwork series so every week I do an artwork and this is Season 3 of AWC so I have been doing this for around 3 years!...