Recent concept SUV I designed. Originally rough modeled in Blender before moving into Rhino (my latest workflow on my previous concepts). 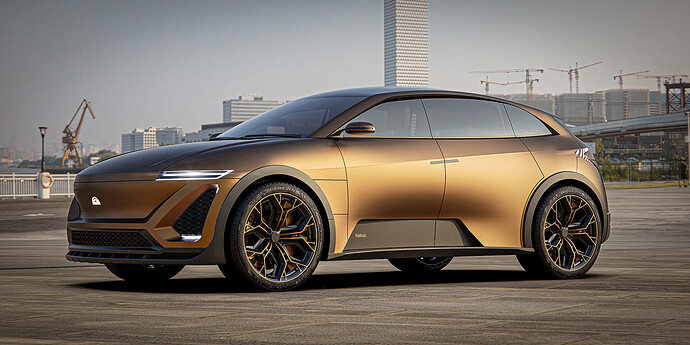 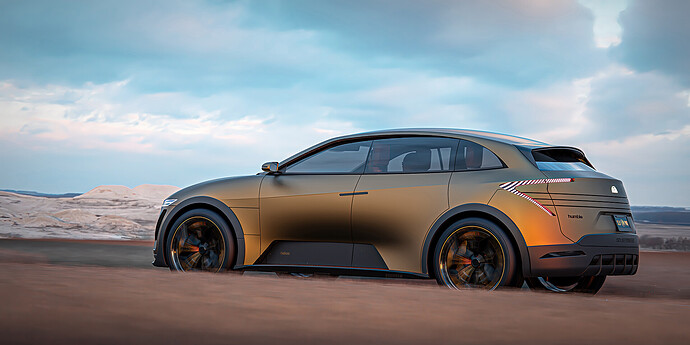 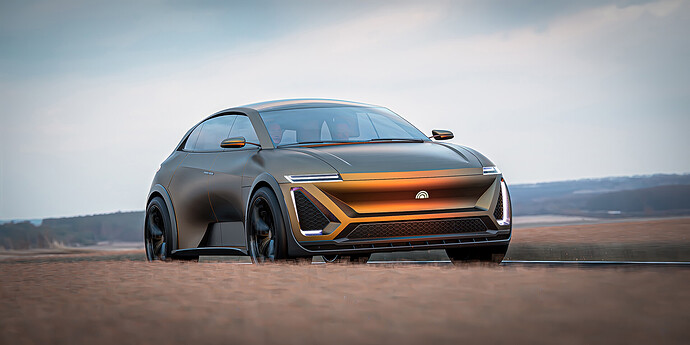 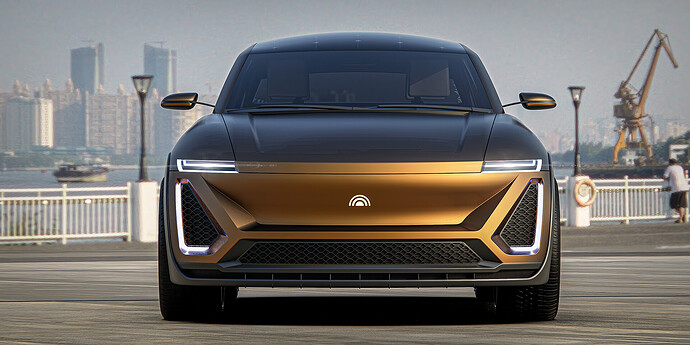 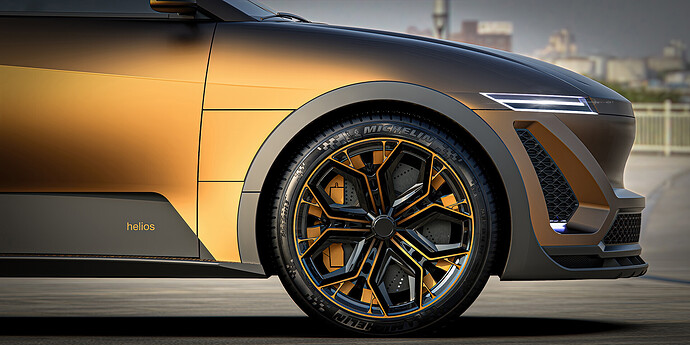 Nice colour! I particulalry like the side profile from the doors to the front, really clean surfaces.

May I ask, which part of your workflow is using Rhino and why did you add it to your workflow recently? Is it for accuracy or are you pairing Subd with Nurbs modeling workflows?

thanks. Basically blender serves as my quick “sculpting” tool. I started introducing Rhino into my workflow to resurface and finish the model in a NURBs format that’s common in manufacturing/engineering applications.

Blender is a phenomenal concept design tool, however to push it into the realm of engineering, tools like Alias, Rhino, Catia and Solid works become more standard having to work and pass around files in IGES or STEP formats (universal engineering formats designed to continue or modify work from).

Poly modeling formats like Blender, Maya and 3Ds max aren’t really designed to ingest and spit out engineering surfaces between software and are generally native to themselves. So the model I build in Blender will import to Rhino or Alias as an FBX, Collada or OBJ file, but I can’t build from those surfaces. This is the final outcome in Rhino. 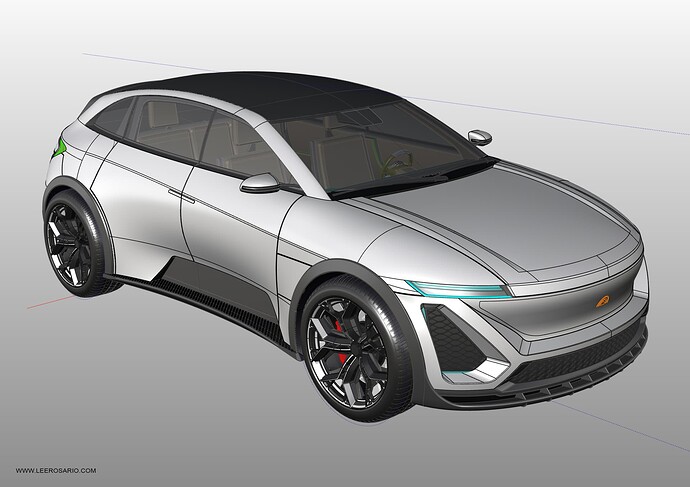 In other words, in the engineering world, for my workflow Blender is good for concepting, preliminary modeling and sculpting, and quickly figuring out shapes and forms. But if you ever plan on developing real products, you find yourself going to something like NURBs surfacing.

I’m constantly advocating for Blender to work side by side with programs like Rhino. Maybe someday Blender will step into the world of industrial design, which is an entirely different industry than what it was originally meant for.

Ah right, you are now working in a firm that also does production models, don’t you? Okay, so it’s not from an artistic concept design sense but from a design to production perspective.
That answer was so obvious to me that I now wonder why I even asked

Does that mean that the changes you make in Rhino are therefore not necessarily aesthetic changes, but rather engineering changes? And do you still go back and forth between the two or do you mostly stick to one or the other depending on the stage of the design/ the task at hand?

Blender surfaces have a standard ability for up to 3rd degree, while nurbs programs like rhino or alias have up to 9th degree surfaces. In other words, the surface quality of nurbs is unmatched if compared to polygon surfaces. That’s the main difference. Anyone who has an even small experience with both types of apps knows that class A surfaces are only achievable with nurbs. Many platforms use polygon mesh modelling for the early stages of design. Rhino has implemented subsurface modelling since version 6. Alias cooperated mainly with Maya in the past but it also has sub-d modelling implemented in the last versions if i recall correctly.

Does that mean that the changes you make in Rhino are therefore not necessarily aesthetic changes, but rather engineering changes? And do you still go back and forth between the two or do you mostly stick to one or the other depending on the stage of the design/ the task at hand?

Well that depends. Rhino is not just a technical surface tool, you actually design and build in it. Blender just starts me, but at some point, i have to decide when to bring it into Rhino…which is usually when I have my basic volumes built in Blender. I’ll export it and then really start to figure out the final design in NURBS. Especially for class A stuff, there’s just some things you don’t want surfaces to do if you hope to manufacture it or have an engineering team work from it. That’s where blender will struggle.

Sometimes the concept dosn’t need to leave Blender if it’s just more “artistic”. All my work up until 2020 was that way. Clients only needed artistic models and they usually had a class A modeler go over my work. Once I started getting into the realm of learning and doing my own NURBS modeling, I never went back to just blender because once you go out of blender into something like rhino and you start rebuilding your model in NURBS, there’s no going back into Blender for design changes.

Just like you can’t really come back from something like Maya or 3DS Max if you export a collada file or FBX (or something like that). The model becomes fixed and difficult or impossible to modify at that point.

So if i’m just doing a quick artistic blender model and either don’t have time to move into Rhino or there’s no need to, then it stays in Blender as an artistic 3D sketch or render. But if I want to take it “all the way” and go for those high end surfaces…you go to NURBS

I did my best for the longest time to fake “Class A” in Blender (highly recommend the shrink wrap method from the CG masters Corvette tutorial) before moving to NURBS.

What’s great is that the years of subsurf modeling technique in Blender helped me transistion into subsurf modeling in Rhino (like Alias has). Alot of NURBS guys are freaking out over that yet subsurf modeling has been around for years. Except now that it’s married to NURBS is a powerful tool.

Ah so you do use Rhino’s Subd. It could be used to go back and forth, but comes at the cost of 8 bit vs 16 bit precision, which, might influence continuity tolerances, I suppose.
Thanks for the insights!

No problem. On this one ironically I didn’t use sub D much. Really only the mirrors. I use an add on for Rhino called xnurbs to build my surfacing but that’s another story

Ah, yup that’s a can of worms on its own. I’ve seen the threads over on Mcneel’s side 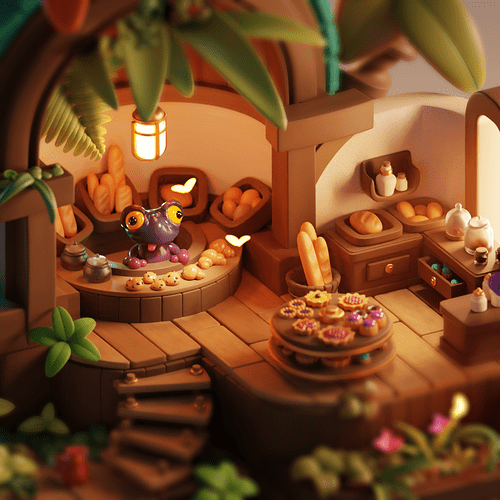 thank you Bart! I hope you have a great weekend!

Decided to have a little fun with the SUV concept and created a spec around the movie Dune. https://www.behance.net/gallery/158899379/Helios-Atreides-Edition 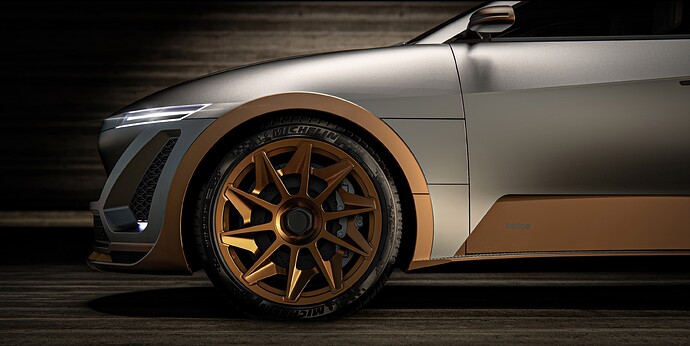 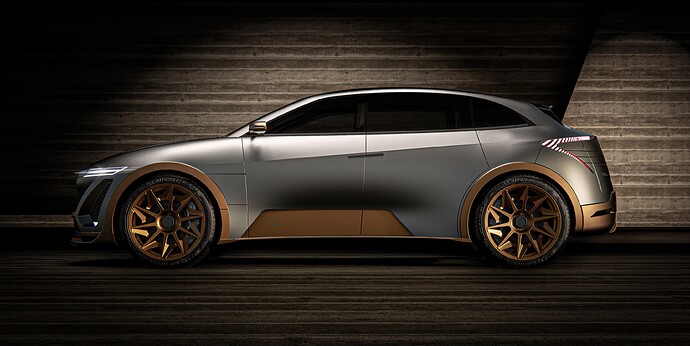 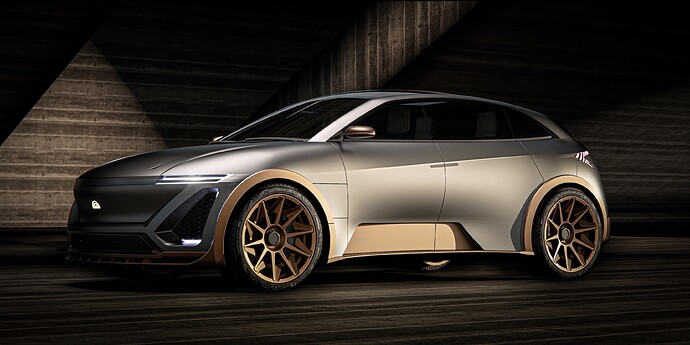