My submission for CGBoost challenge shows świdermayer architecture style. It was originated in Poland. It’s based on Mazurian region traditional buildings and motives as well as alpine mountain houses. This style also reminds me of old timber houses in Siberian towns. I wanted to do use this style in my work for a long time so it was the obvious choice for this challenge. In total it took me around 10 days to create it of which half was research and half actual work with 3d model.
For the house, I used a lot of instancing and linked copies as well very handy was an option to move UVs in modifiers such as array or mirror. Stones, I created quickly in sculpt mode cutting off bits here and there. Ivys were created using the build-in Ivy generator addon. Trees are thanks to mtree addon. The grass is from Graswald addon. I wanted to use Octane render engine but I got some errors that I couldn’t solve so in the end I used Cycles. Postprocessing is made in the blender compositor with an extra touch in Photoshop. 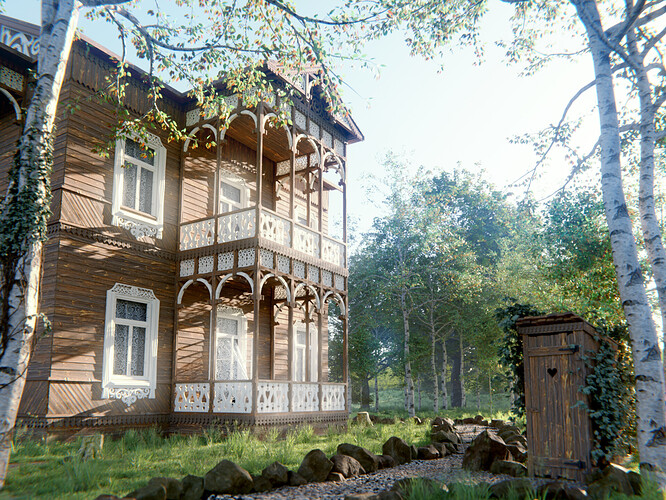 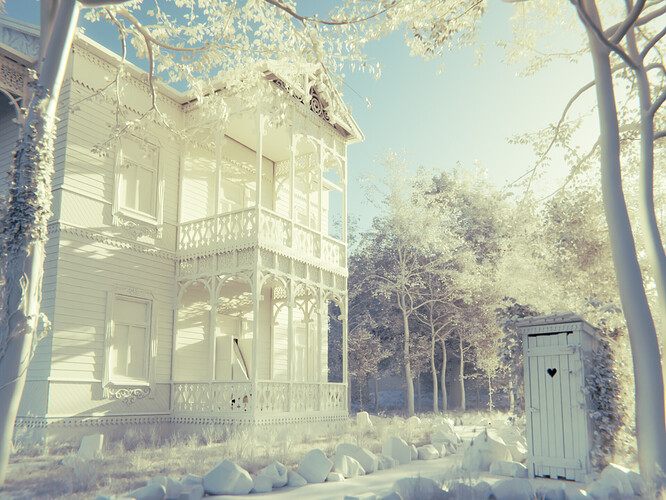 Thank you @bartv, I am honoured. It means a lot to me. Have a fabulous weekend as well.

Looking forward to the “Making Of …” tutorial very soon!

They put the potty just up front of the potch?!?

Thank you very much Bart

Superb lighting, trees, and architecture. Very romantic, even with the “potty”