T.N.T.: a man with an explosive personality.

For my next project I’m bringing characters from my old unfinished Manga (Adrenalin Rush) into stunning three dimensional life. Sometime in the future I may or may not finish the story in one form or another. We shall see.

In the meantime, I’ve chosen to create TNT first. In the Manga, the adrenal compound reacts with certain elements in the atmosphere of their world to create spectacular effects, giving a reason for the “Anime powers” each character possesses. The resulting power is dependent on 1) their biological structure 2) Their level of “stress” Thus, more dire situations result in more dramatic powers.

Adrenalin Effect: When excited, TNT sweats Nitroglycerin; an explosive compound that is Fact Check Pending the main explosive compound in Dynamite (TNT.) (I believe sticks of Dynamite actually ‘sweat’ Nitroglycerin under certain circumstances.) This compound is extremely volatile, and he creates varying levels of explosions depending on 1) the “Stage” of his Adrenalin Effect (1,2, and theoretically 3), 2) The amount of time that has passed since the previous explosion (More time = more unexploded Nitro) and 3) How much Nitro has gathered into the site of the explosion. He wears gear that directs the ‘sweat’ to optimal combat locations. Also, fortunately, he is impervious to concussive blasts and the like, making him immune to his own ability.

Role in Story: He is the leader of a group of Gladiators who struggle to survive in the Mobil Arena, a government project to crack down and destroy people like him. When the main character and his companion are press-ganged into the Mobil Arena, they form a swift and strong friendship that helps them survive the ordeals in and beyond the Mobil Arena

Here’s the progress so far: 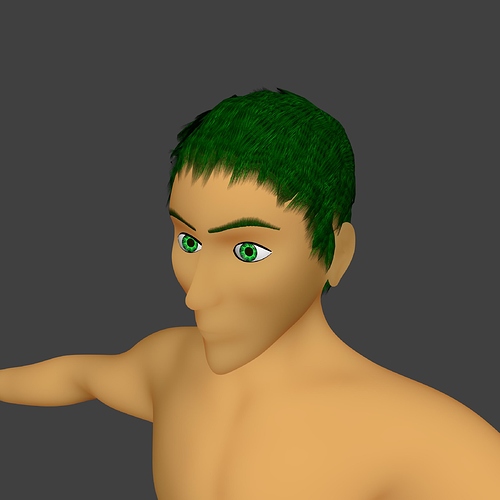