I worked on this project for a week for an art competition and I didn’t place, but want some critique as to what I can change. I’m not too sure about the accidental blur on the front of the knife and strange reflections from the lighting on the wine glass. Any thoughts would be appreciated. 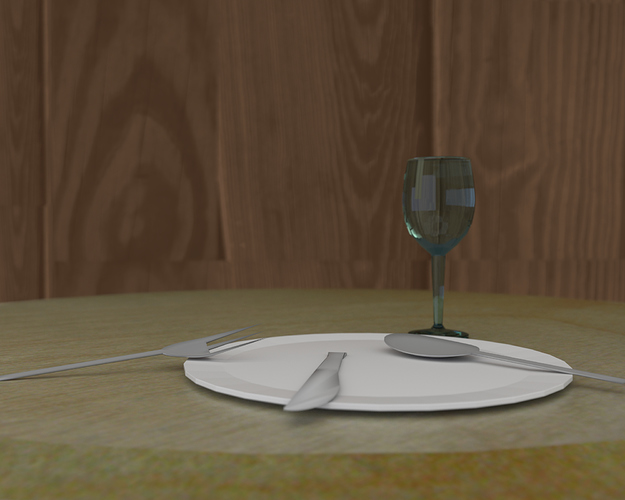 Sorry if I’m sounding like a know it all, I thought it would be easier to list everything instead of beating around the bush. Cheers

The handles on the silverware are too thin, on real silverware, the handle is a bit thicker than the part that is actually used. Agree with @journeyman2 that you need a subsurf, as well as making the silverware more curvy and reflective, as well as working with the texturing some.